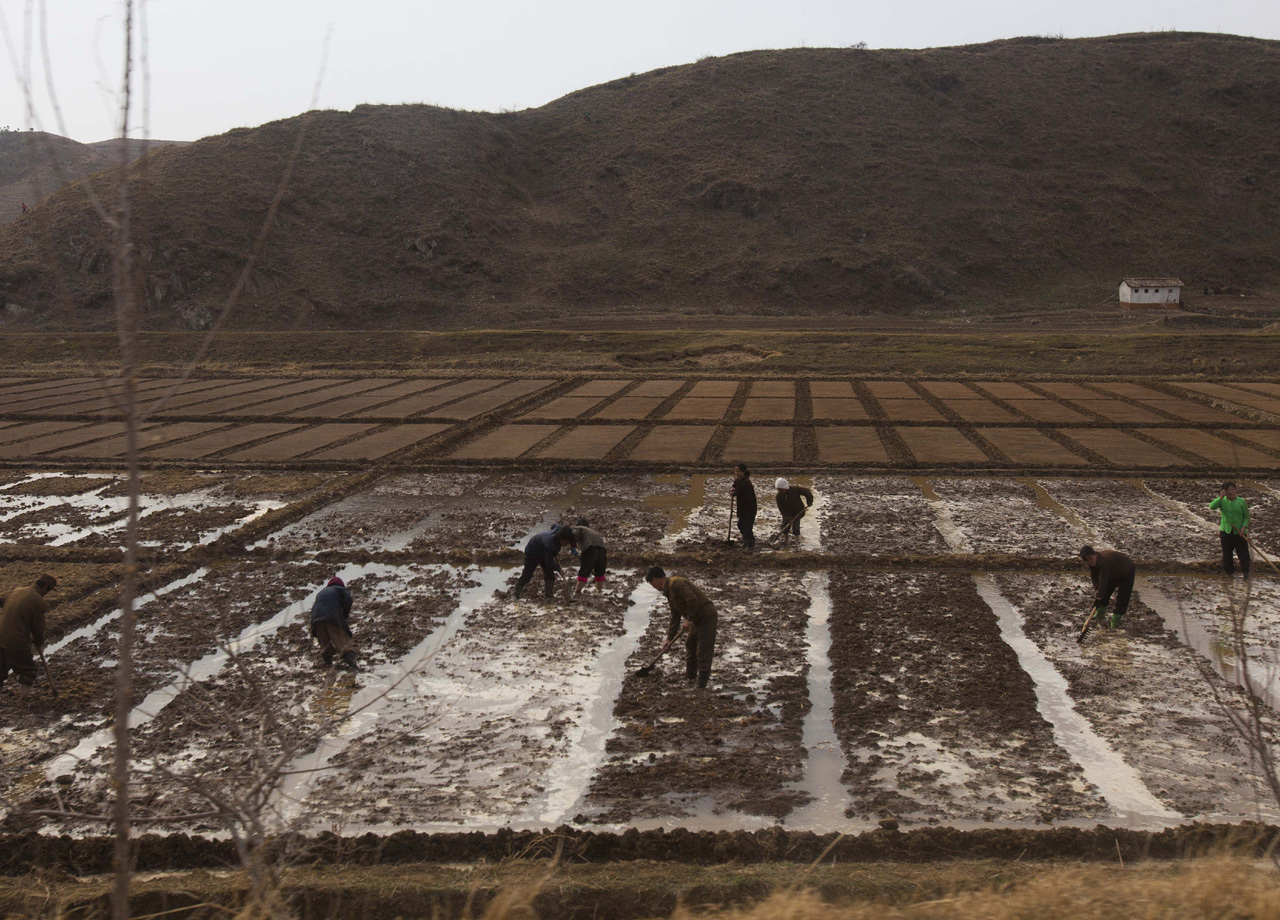 (CBS/AP) - The United States said it was suspending plans to contribute food aid to North Korea in exchange for a rollback of its nuclear programs, following Pyongyang's unsuccessful long-range missile launch attempt.

"We are not going forward with an agreement to provide them with any assistance," White House National Security Council spokesman Ben Rhodes told reporters traveling with President Barack Obama to Florida.

On Thursday White House spokesman Jay Carney warned the planned launch was a "clear violation of U.N. Security Council resolutions" which would make it "virtually impossible" for the U.S. to move ahead with the agreed-upon package of food aid to North Korea.

The Obama administration believes U.S. sanctions against North Korea, particularly on its ability to obtain advanced electronics for guidance systems, have restricted its proliferation activities.

The launch was condemned by the foreign ministers of the Group of Eight industrialized nations meeting in Washington, including Russia.

The U.N. Security Council met behind closed doors Friday morning to discuss the launch. The council imposed sanctions against North Korea after its first nuclear test in 2006 and stepped up sanctions after its second test in 2009.

The launch is a setback for the government of new leader Kim Jong Un, which had projected the satellite as a show of strength amid North Korea's persistent economic hardship. Kim is solidifying power following the death of his father, longtime leader Kim Jong Il, four months ago.

North Korea had held up the launch as a scientific achievement and even a gift for its late founder, Kim Il Sung, two days before the 100th anniversary of his birth. It pressed ahead even as world leaders vowed to take action in the U.N. Security Council.

The failure "blows a big hole in the birthday party," said Victor Cha, former director for Asia policy in the U.S. National Security Council. "It's terribly embarrassing for the North."

In the U.S., Pentagon press secretary George Little said American officials believe the missile failed during the second stage of flight, but he was unable to say whether there was a controlled separation from the first stage.

"It was an obvious and very quick failure," he said.

Asked whether the failure suggests that North Korea poses less of a military threat to the U.S. than has been suggested by the Obama administration, Little said "their recent track record is not good" with regard to long-range missile technology development. But he added that this does not mean North Korea is no longer a serious threat.

"We are not discounting the possibility of advancements in North Korean missile technology, notwithstanding their failures," he said.

Experts say the Unha-3 carrier was the same type of rocket that would be used to strike the U.S. and other targets with a long-range missile.

Greg Thielmann, a former intelligence officer with the U.S. State Department, said it now appears the North Koreans haven't mastered the technology they need to control multistage rockets — a key capability if the North is to threaten the United States with intercontinental ballistic missiles.

North Korea has tested two atomic devices but is not yet believed to be able to build a nuclear warhead small enough to be mounted on a long-range missile.

Cha, who was an Asia adviser for former President George W. Bush, said the next step would be to watch whether North Korea conducts a third nuclear test, as has been speculated by the South Korean intelligence community.