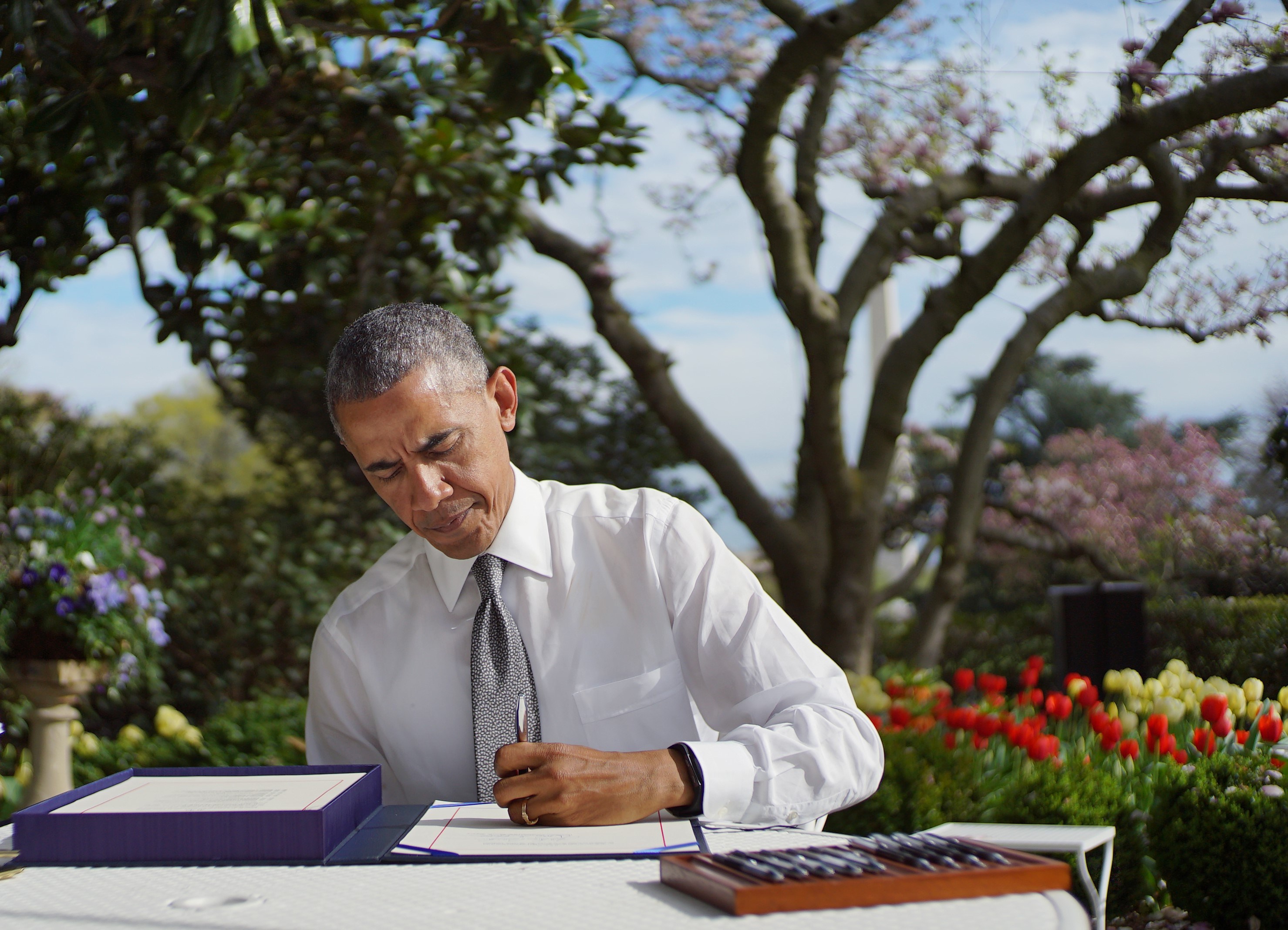 But while the document bears his signature, it turns out he that didn't sign it. The White House autopen did.

In the text of the proclamation, the president lays out his reasons for honoring America's parks and states "I have hereunto set my hand this twentieth day of April."

It would have been more accurate if he said he sent the document to the autopen to have it inscribed it with a nearly identical facsimile of his signature. Admittedly, that phrasing lacks the same rhetorical flourish.

The White House confirmed that at least two other proclamations were signed not by the president but by his autopen:

It's possible many more of Mr. Obama's proclamations have been signed by mechanical device and not by hand, but the White House declined to provide a document-by-document accounting, despite repeated requests by CBS News. In general, the White House puts the autopen to work if the president is out of town or otherwise unavailable to sign the document.

In the White House view, it doesn't matter whether the president actually signed the proclamations - or whether a robotic device signed for him.

"Some are autopen, some are by hand - but they are still his signature," says Deputy Press Secretary Jennifer Friedman.

The White House uses the same argument in defending the five pieces of legislation known to have been signed into law not by the hand of the President - as required by the Constitution - but by the autopen.

The White House cites a 2005 opinion from the Justice Department's Office of Legal Counsel. It asserts that "the President need not personally perform the physical act of affixing his signature to a bill he approves and decides to sign."

That argument applies to a presidential proclamation, the White House insists: signatures by the president's hand or autopen are legally the same.

But the White House is a little self-conscious about the matter. It refuses to let CBS News get a picture of the White House autopen, or interview the official whose job it is to inscribe the president's signature on bills, proclamations or other official documents.

It's not clear if the White House keeps a permanent record of which bills and documents are signed by autopen. And historians may have a hard time telling real and facsimile presidential signatures apart.

The White House assertion on the use of the autopen on bills and official documents has yet to be upheld in court. No challenge to the practice has yet been filed.

The president's real signature in the graphic above is the one on the right.