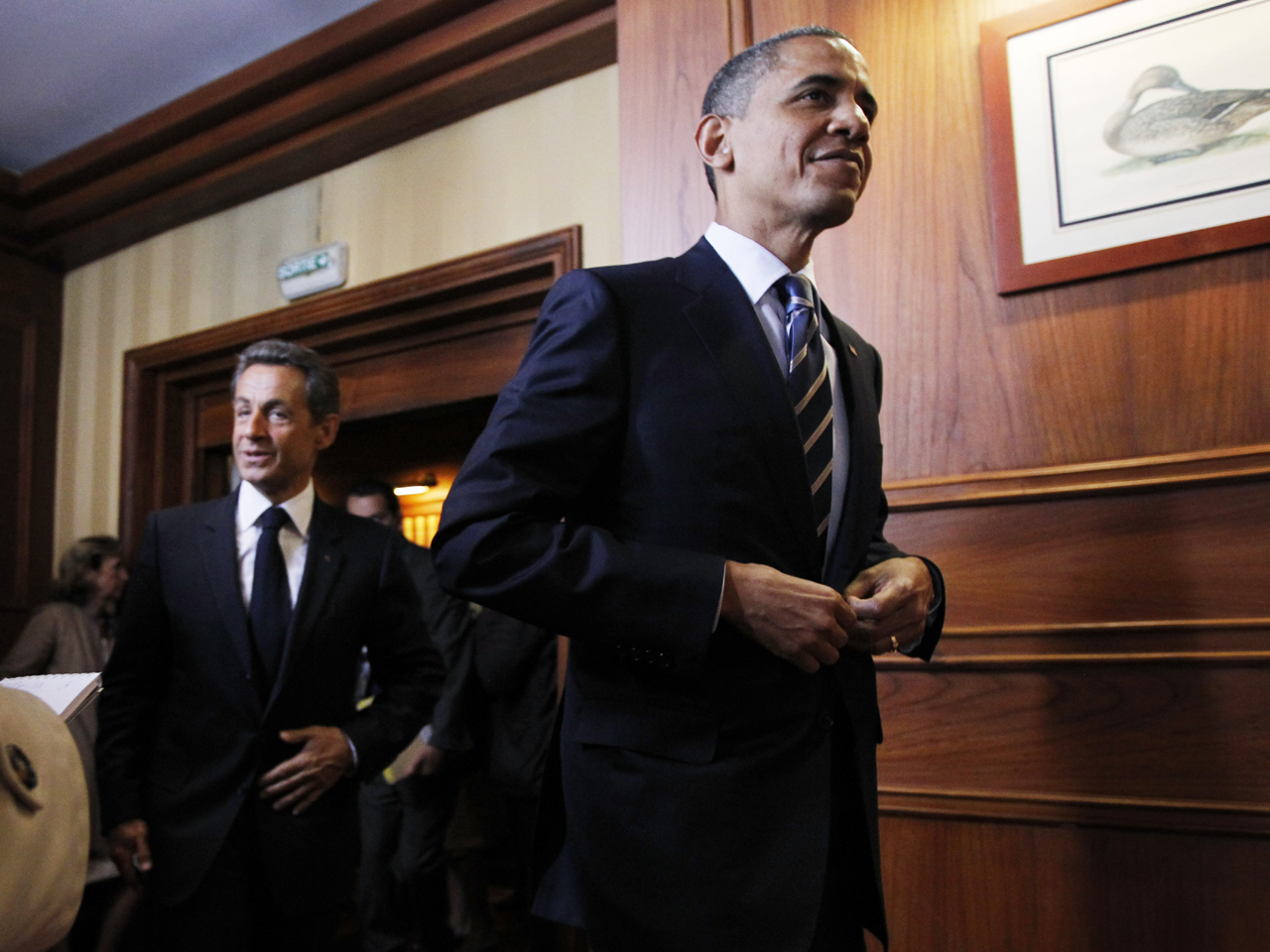 WASHINGTON — President Obama has taken advantage of a little-known and infrequently used device called an autopen to put his signature on legislation extending the government's post-Sept. 11 powers to search records and conduct roving wiretaps in pursuit of terrorists for anther four years.

Earlier on Thursday, Congress passed a four-year extension of the Patriot Act. Votes taken in rapid succession in the Senate and House came after lawmakers rejected attempts to temper the law enforcement powers to ensure that individual liberties are not abused.

Following the 250-153 evening vote in the House, the legislation to renew three terrorism-fighting authorities was sent to the President's office for a signature with only hours to go before the provisions were due to expire at midnight.

With Obama currently in France at a G-8 summit, the White House said the president had instructed use of the autopen machine, which holds a pen and signs his actual signature. It is only used with proper authorization of the president. Obama was awakened at 5:45 a.m. in France so that he could review and approve the bill and authorize his signature, the White House said.

Obama said he was pleased the act had been extended.

"It's an important tool for us to continue dealing with an ongoing terrorist threat," he said after a meeting with French President Nicolas Sarkozy.

The White House released a copy of the original 2005 opinion (pdf) issued by the White House Office of Legal Counsel which determined use of the autopen in such circumstances to be constitutional.

A short-term expiration would not have interrupted ongoing operations but would have barred the government from seeking warrants for new investigations.

Congress bumped up against the deadline mainly because of the stubborn resistance from a single senator, Republican freshman Rand Paul of Kentucky, who saw the terrorist-hunting powers as an abuse of privacy rights. Paul held up the final vote for several days while he demanded a chance to change the bill to diminish the government's ability to monitor individual actions. The bill passed the Senate 72-23.

The measure adds four years to the legal life of roving wiretaps — those authorized for a person rather than a communications line or device — of court-ordered searches of business records and of surveillance of non-American "lone wolf" suspects without confirmed ties to terrorist groups.

The roving wiretaps and access to business records are small parts of the USA Patriot Act enacted after the Sept. 11, 2001, attacks. But unlike most of the act, which is permanent law, those provisions must be renewed periodically because of concerns that they could be used to violate privacy rights. The same applies to the "lone wolf" provision, which was part of a 2004 intelligence law.

"Given the recent intelligence success with finding Osama bin Laden and thwarting terrorist attacks in the U.S., the Patriot Act had increased support," says CBS News foreign affairs analyst Pamela Falk, explaining why the bill passed with such significant margins in both the House and the Senate.

Paul argued that in the rush to meet the terrorist threat in 2001 Congress enacted a Patriot Act that tramples on individual liberties. He had some backing from liberal Democrats and civil liberties groups who have long contended the law gives the government authority to spy on innocent citizens.

Sen. Dick Durbin, D-Ill., said he voted for the act when he was a House member in 2001 "while ground zero was still burning." But "I soon realized it gave too much power to government without enough judicial and congressional oversight."

Sen. Mark Udall, D-Colo., said the provision on collecting business records can expose law-abiding citizens to government scrutiny. "If we cannot limit investigations to terrorism or other nefarious activities, where do they end?" he asked.

"The Patriot Act has been used improperly again and again by law enforcement to invade Americans' privacy and violate their constitutional rights," said Laura W. Murphy, director of the ACLU Washington legislative office.

Still, coming just a month after intelligence and military forces tracked down and killed Osama bin Laden, there was little appetite for tampering with the terrorism-fighting tools. These tools, said Senate Republican leader Mitch McConnell of Kentucky, "have kept us safe for nearly a decade and Americans today should be relieved and reassured to know that these programs will continue."

Intelligence officials have denied improper use of surveillance tools, and this week both FBI Director Robert Mueller and Director of National Intelligence James Clapper sent letters to congressional leaders warning of serious national security consequences if the provisions were allowed to lapse.

The Obama administration says that without the three authorities the FBI might not be able to obtain information on terrorist plotting inside the U.S. and that a terrorist who communicates using different cell phones and email accounts could escape timely surveillance.

"When the clock strikes midnight tomorrow, we would be giving terrorists the opportunity to plot attacks against our country, undetected," Senate Majority Leader Harry Reid said on the Senate floor Wednesday. In unusually personal criticism of a fellow senator, he warned that Paul, by blocking swift passage of the bill, "is threatening to take away the best tools we have for stopping them."

The nation itself is divided over the Patriot Act, as reflected in a Pew Research Center poll last February, before the killing of bin Laden, that found that 34 percent felt the law "goes too far and poses a threat to civil liberties. Some 42 percent considered it "a necessary tool that helps the government find terrorists." That was a slight turnaround from 2004 when 39 percent thought it went too far and 33 percent said it was necessary.

Paul, after complaining that Reid's remarks were "personally insulting," asked whether the nation "should have some rules that say before they come into your house, before they go into your banking records, that a judge should be asked for permission, that there should be judicial review? Do we want a lawless land?"

Paul agreed to let the bill go forward after he was given a vote on two amendments to rein in government surveillance powers. Both were soundly defeated. The more controversial, an amendment that would have restricted powers to obtain gun records in terrorist investigations, was defeated 85-10 after lawmakers received a letter from the National Rifle Association stating that it was not taking a position on the measure.

According to a senior Justice Department national security official testifying to Congress last March, the government has sought roving wiretap authority in about 20 cases a year between 2001 and 2010 and has sought warrants for business records less than 40 times a year, on average. The government has yet to use the lone wolf authority.

But the ACLU also points out that court approvals for business record access jumped from 21 in 2009 to 96 last year, and the organization contends the Patriot Act has blurred the line between investigations of actual terrorists and those not suspected of doing anything wrong.

Two Democratic critics of the Patriot Act, Sen. Ron Wyden of Oregon and Udall of Colorado, on Thursday extracted a promise from Senate Intelligence Committee chairman Dianne Feinstein, D-Calif., that she would hold hearings with intelligence and law enforcement officials on how the law is being carried out.

Wyden says that while there are numerous interpretations of how the Patriot Act works, the official government interpretation of the law remains classified. "A significant gap has developed now between what the public thinks the law says and what the government secretly claims it says," Wyden said.