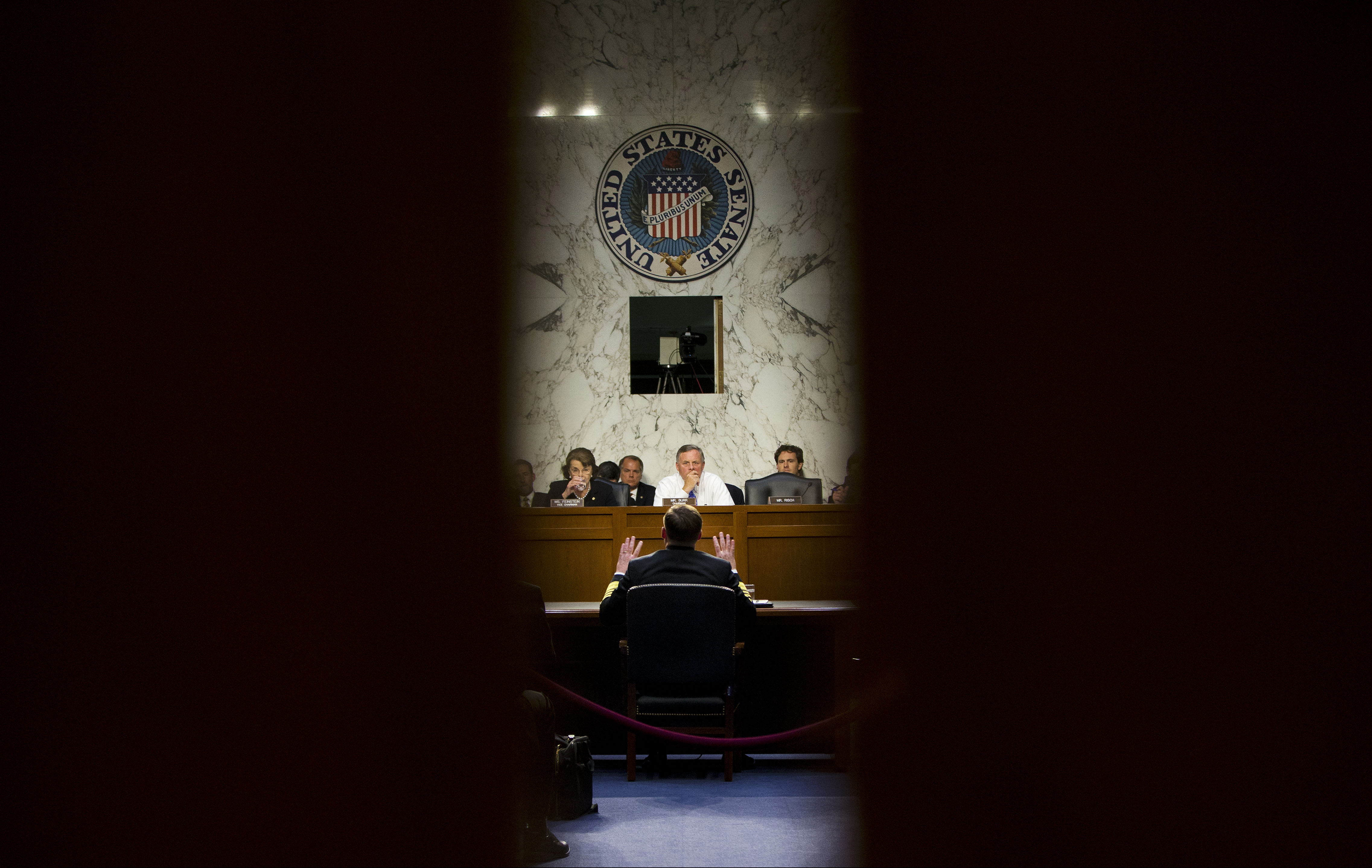 The White House gave an official thumbs-up Wednesday for the Senate's vote to pass the Cybersecurity Information Sharing Act (CISA). But vocal opponents to the bill, including Edward Snowden, say it threatens to compromise customer privacy.

"Everyone at the White House including the President is encouraged that the Senate has passed key portions of the legislative ‎proposal that the President sent to Congress in January on cybersecurity," White House deputy press secretary Eric Schultz told reporters Wednesday. "As he has stated, cyber threats pose one of the (most) serious economic and security challenges we face as a nation."

Tuesday, the Senate passed the bill, which is aimed at improving cybersecurity by encouraging companies and the government to share information about threats, by a 74-21 vote.

It took roughly six years to win approval for such a program. It overcame concerns about privacy and transparency from some senators and technology companies, such as Apple and Yelp.

Both of those companies -- along with others, including Wikimedia, Reddit and Twitter -- have issued statements against the bill.

The bill's co-sponsors, Sens. Dianne Feinstein, D-Calif., and Richard Burr, R-N.C., said the measure was needed to limit high-profile cyberattacks, such as the one on Sony Pictures last year.

"From the beginning we committed to make this bill voluntary, meaning that any company in America, if they, their systems are breached, could choose voluntarily to create the partnership with the federal government. Nobody's mandated to do it," Burr said.

Companies would receive legal protections from antitrust and consumer privacy liabilities for participating in the voluntary program.

The House passed its version of the bill earlier this year with strong bipartisan support. The two versions of the bill will need to be reconciled before being sent to the White House for the president's signature.

Sen. Ron Wyden, D-Ore., who opposed the bill, offered an amendment addressing privacy concerns, but it failed to pass. It would have required companies to make "reasonable efforts" to remove unrelated personal information about their customers before providing the data to the government.

Senators also rejected an amendment Sen. Patrick Leahy, D-Vt., had offered that would have removed a provision to keep secret more information about materials that companies provide to the government. Leahy criticized the bill's new exemption from the U.S. Freedom of Information Act as overly broad because it pre-empts state and local public information requests, and it was added without public debate.

The Sunshine in Government Initiative, a Washington organization that promotes open government policies, urged the Senate last week to support Leahy's amendment. The AP is one of at least nine journalism groups that are members of the organization.

Despite the lengthy road to pass the Senate bill, it's unclear whether it would improve Internet security. Participation is voluntary and companies have long been reluctant to tell the U.S. government about their security failures.

"Passing the bill will have no effect on improving cybersecurity," said Alan Paller, director of research for the SANS Institute. "That's been demonstrated each time sharing legislation has been passed. The cost to companies of disclosing their failings is so great that they avoid it even if there is a major benefit to them of learning about other peoples' failings."

Adam Kujawa, head of malware intelligence at the research arm of anti-malware company Malwarebytes, told CBS News, "The bill passing is mainly a knee jerk reaction. Its overwhelming support in the Senate is likely due to the fact that they want a quick fix solution. But if privacy is compromised in the pursuit of security, then right at the start, the attempt has failed and it all comes down to security theatre."

Senators passed an amendment by Sen. Jeff Flake, R-Ariz., that limited the bill to 10 years.

Cyberattacks have affected an increasing number of Americans who shop at Target, use Anthem medical insurance or saw doctors at medical centers at the University of California, Los Angeles.

More than 21 million Americans recently had their personal information stolen when the Office of Personnel Management was hacked in what that the U.S. believes was a Chinese espionage operation.

Sen. John McCain, R-Az., chairman of the Senate Committee on Armed Services, called the bill's passage an important first step. He noted that in the past year the United States has been attacked in cyberspace by Iran, North Korea, China and Russia and that there had been attacks against the Joint Chiefs of Staff, the Pentagon, OPM and an email hacking of the director of the Central Intelligence Agency.

The U.S. and the technology industry already operate groups intended to improve sharing of information among the government and businesses, including the Homeland Security Department's U.S. Computer Emergency Readiness Team.

"What this bill means is more internet users' personal information being funneled, will be directed to, the National Security Agency under a cybersecurity umbrella," said Greg Nojeim, senior counsel for the Center for Democracy and Technology, a Washington-based civil liberties group. "A company can't both participate in this program and promise its users that it will not volunteer their personal information to the NSA."

Famed NSA whistle-blower Edward Snowden took to his newly formed Twitter account to decry the bill, saying, "A vote for CISA is a vote against the internet."