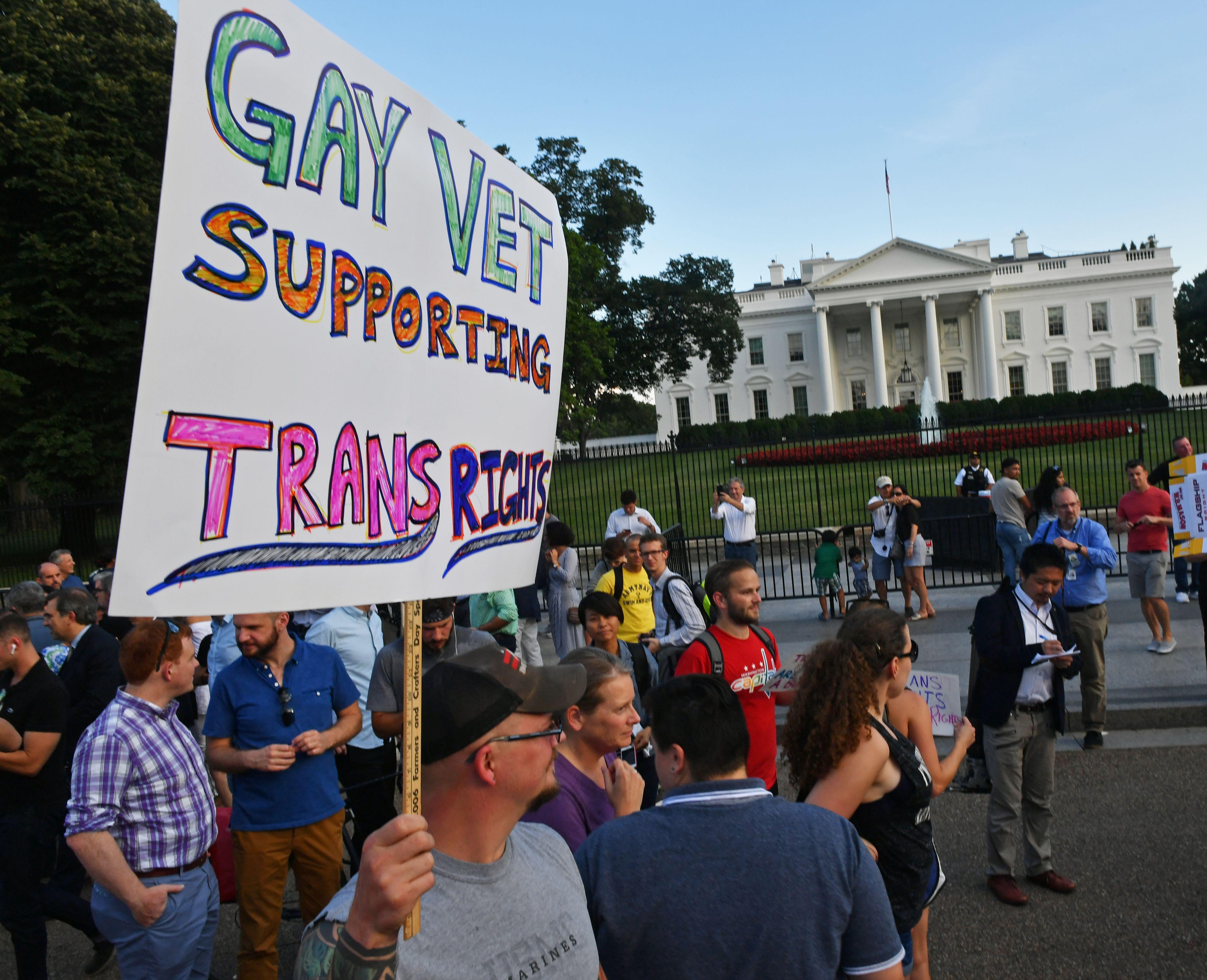 President Trump announced Friday a new transgender policy for the military that would ban most transgendered people from military service. He revoked the blanket ban announced last summer and said in a memorandum that he would defer to the recommendations of Defense Secretary James Mattis.

Mattis, according to a court filing Friday, stated that transgendered people with gender dysphoria -- that is, who feel their emotional and psychological identity to be the opposite of their biological sex -- will be disqualified from military service, except in specific circumstances.

The White House said retaining troops with a history or diagnosis of "gender dysphoria" — those who may require substantial medical treatment — "presents considerable risk to military effectiveness and lethality."

The announcement was expected, since it was part of President Trump's executive memo in August 2017 reinstating a pre-2016 ban on transgender military service.

According to the White House memo, "transgender persons with a history or diagnosis of gender dysphoria -- individuals who the policies state may require substantial medical treatment, including medications and surgery -- are disqualified from military service except under certain limited circumstances."

The memo further states "the Secretary of Defense, and the Secretary of Homeland Security, with respect to the U.S. Coast Guard, may exercise their authority to implement any appropriate policies concerning military service by transgender individuals."

The ban does not go into effect immediately because the ban is the subject of several ongoing lawsuits.

In July 2017, Mr. Trump relayed his sudden decision to ban transgender military service in a series of tweets: "After consultation with my Generals and military experts, please be advised that the United States Government will not accept or allow......Transgender individuals to serve in any capacity in the U.S. Military. Our military must be focused on decisive and overwhelming.........victory and cannot be burdened with the tremendous medical costs and disruption that transgender in the military would entail."

He caught Pentagon leadership off guard with the tweets, but the policy has been blocked by several legal challenges. As those lawsuits are progressing through the courts, the Pentagon began allowing transgender recruits to seek enlistment on Jan. 1. The president gave Defense Secretary James Mattis six months to develop proposals for transgender individuals currently serving, and Mattis submitted his recommendations last month, but those recommendations had not been revealed until Friday.

A federal judge in Seattle said this week that Mr. Trump has failed to provide evidence related to his claim that he made the decision after "consultation with my generals and military experts."

In June 2016, the Obama administration lifted the longstanding ban on transgender individuals in the military, allowing them to serve openly for the first time. Former Defense Secretary Ash Carter had given the armed services until July 1, 2017 to come up with plans to allow transgender people to join the military, and Defense Secretary James Mattis extended that period until the end of 2017.

It's not known how many transgender troops are serving -- estimates vary widely. An oft-cited Rand Corp. study said roughly 2,500 transgender personnel may be serving in active duty, and 1,500 in the reserves. It estimated only 30 to 130 active-duty troops out of a force of 1.3 million would seek transition-related health care each year. Costs could be $2.4 million to $8.4 million, it estimated.

"This Trump-Pence plan categorically bans transgender people from service, with no legitimate basis," said Jennifer Levi, GLBTQ Legal Advocates & Defenders (GLAD) Transgender Rights Project Director. "It requires the discharge of trained, skilled troops who have served honorably for decades. It's a gross mischaracterization of transgender people, and it's bad for our military."