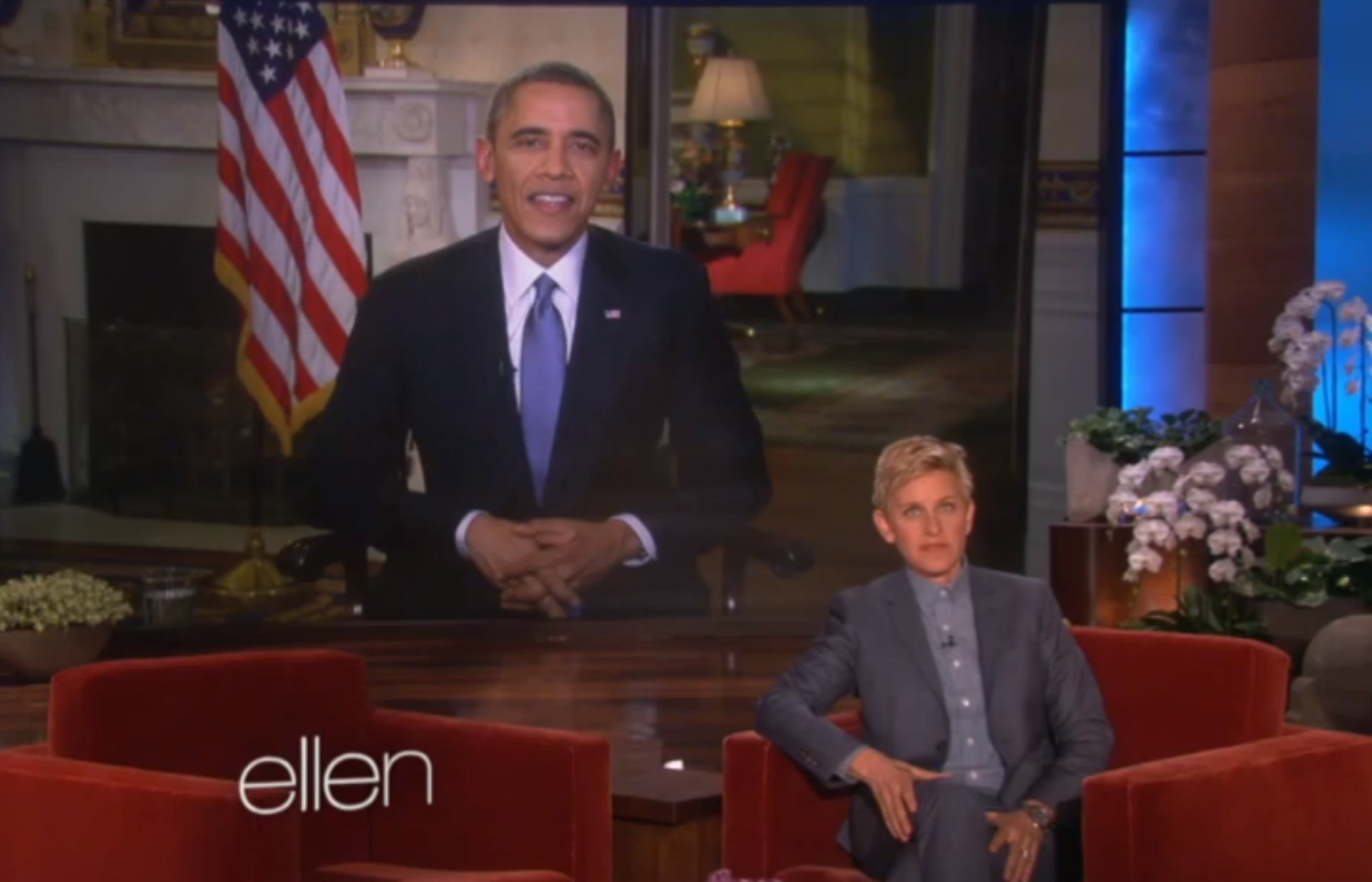 As President Obama continues to promote the Affordable Care Act ahead of the March 31 signup deadline, he's spreading the news in some nontraditional ways. The latest is an appearance on "Ellen," where the host, Ellen DeGeneres, jokingly checked in on Mr. Obama on behalf of the first lady, who is with her daughters on a trip to China.

"She wanted to know: Did you make your bed this morning?" DeGeneres asked.

"That would be: no," Mr. Obama answered.

They also traded jabs about DeGeneres' star-studded selfie at the Oscars, which was retweeted more than 2 million times and broke the record previously set by a photo Mr. Obama tweeted showing him embracing the first lady after being reelected in 2012.

The president weighed in on both his family life and what life is like in the White House. Ellen wanted to talk about his previous revelation that he and the first lady have threatened that if either of their daughters get a tattoo, the rest of the family will get inked at the same spot and take a family picture. That prompted DeGeneres to wish aloud, "I hate to say it, but I hope they get tattoos. I really do."

Overall, though, the president said that life in Washington is far more "boring" than what is portrayed on shows like "House of Cards" and "Scandal."

"If you followed me, most of my day is sitting in a room listening to a bunch of folks in gray suits talking about a whole bunch of stuff that wouldn't make very good television," he said. "There is not much dancing in the Situation Room, as a general rule."
View CBS News In
CBS News App Open
Chrome Safari Continue