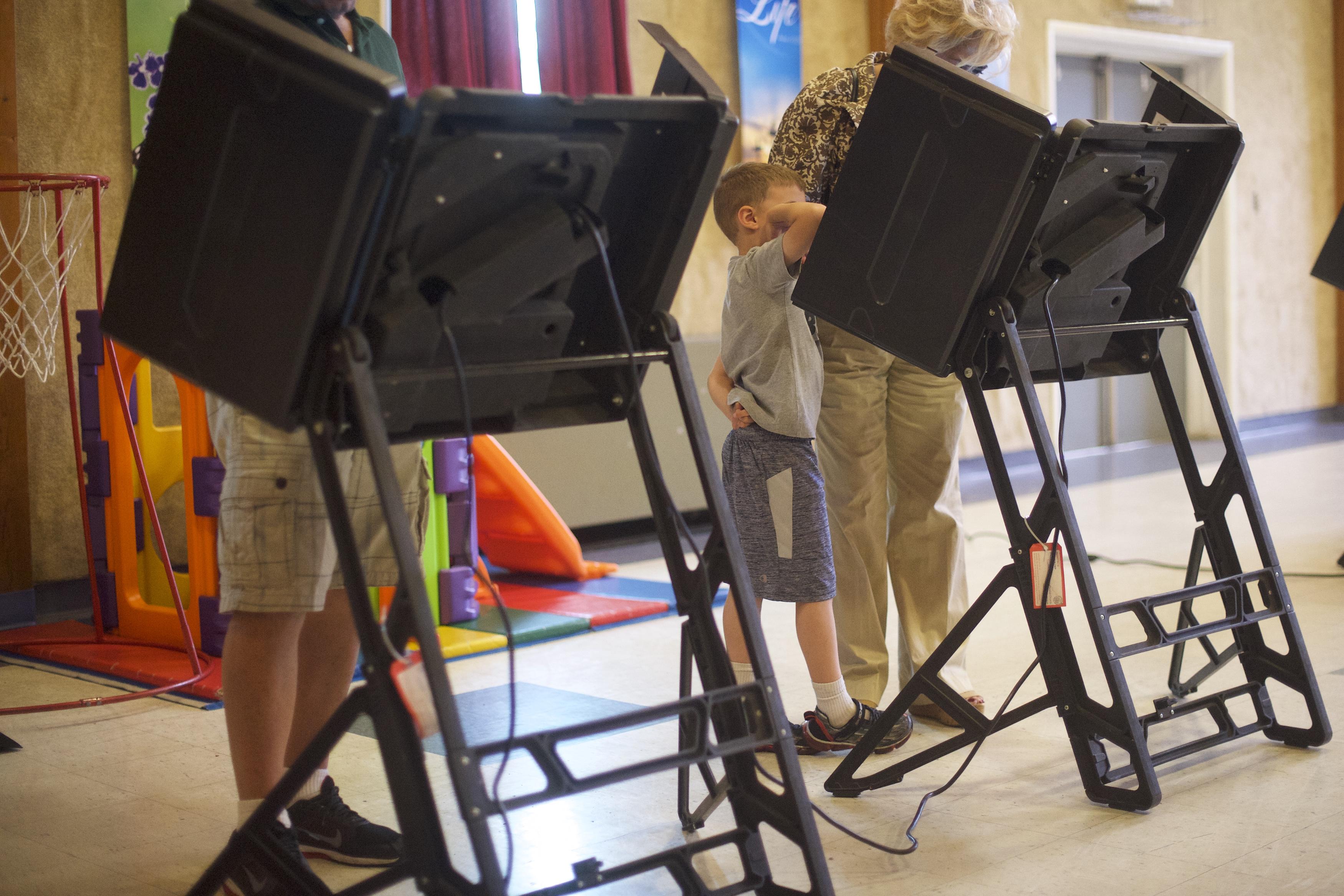 Although the majority of states have voted in primary elections, several have yet to pick their nominees. Most of the states hold federal and state primaries on the same day, although New York has its state primary in September, three months after the federal primary.

Here's an overview of the remaining primary elections after today's primaries in Ohio, Missouri, Michigan, Kansas and Washington:

Democratic Gov. David Ige is facing several primary contenders, but the biggest threat is from Rep. Colleen Hanabusa, who has received the endorsement of fellow Hawaii Rep. Tusli Gabbard. State Sen. Josh Green leads the field for lieutenant governor candidates. Hanabusa is not running for re-election in her congressional seat, and a host of Democratic candidates are looking to replace her, including current Lt. Gov. Doug Chin. Gabbard, a 2016 delegate for Bernie Sanders known for her progressive and sometimes controversial political opinions, is also facing a primary challenge from two Democrats. Hawaii is a heavily Democratic state.

The big race is Connecticut is the gubernatorial election, where two Democrats and five Republicans are vying to replace embattled Democratic Gov. Dannel Malloy. Sen. Chris Murphy, who is up for re-election, is not facing a primary challenge; neither are four incumbent Democratic representatives. In Connecticut's Fifth Congressional District, Democrats Jahana Hayes and Mary Glassman are looking to replace Rep. Elizabeth Esty, who announced that she would not run for re-election due to reports of sexual harassment by her chief of staff.

The race to replace Democratic Gov. Mark Dayton in Minnesota is also one to watch, as former Gov. Tim Pawlenty seeks to reclaim his old seat. Pawlenty is facing Jeff Johnson, who has been endorsed by the state party, in the Republican primary. State Rep. Erin Murphy, state Attorney General Lori Swanson and Rep Tim Walz are vying to become the Democratic candidate for governor. Meanwhile, Democratic Sen. Amy Klobuchar is facing several primary challengers, as well as a crowded field of Republican would-be opponents. Two Congressional seats to be vacated by current Reps. Keith Ellison and Rick Nolan also have crowded primaries on the Democratic and Republican sides.

In Vermont, Democrat Christine Hallquist is looking to become the first transgender governor in the country. She is facing three other Democrats, including a 14-year-old running due to a loophole in the state Constitution, in the gubernatorial primary against incumbent Republican Gov. Phil Scott. Scott is being challenged by businessman Keith Stern. Independent Sen. Bernie Sanders is facing challenges on the Democratic and Independent lines, although his re-election is almost ensured.

Since Republican Sen. Jeff Flake is not seeking re-election, there is a highly competitive race to replace him. Rep. Martha McSally is the frontrunner for the Republican nomination against former state Sen. Kelli Ward, a conservative who unsuccessfully challenged Sen. John McCain in 2016, and former Arpaio County Sheriff Joe Arpaio, who recently received a presidential pardon. Rep. Kyrsten Sinema is the frontrunner for the Democratic nomination against Deedra Abboud. The race to replace Sinema in the House is crowded, with seven Democrats, including former Rep. Ann Kirkpatrick, and four Republicans seeking to fill the seat. Gov. Doug Ducey is also facing a re-election challenge.

Massachusetts has one of the most competitive Democratic primaries, between 20-year incumbent Rep. Michael Capuano and Boston City Councilor Ayanna Pressley, who has been endorsed by progressive figures such as Alexandria Ocasio-Cortez. The race represents a divide in the Democratic Party between moderates and progressives. Several Democrats and Republicans are also looking to replace departing Rep. Niki Tsongas in Massachusetts' 3rd Congressional District.

Incumbent Republican Gov. Charlie Baker is one of the most popular governors in the country, and is not likely to face much competition from either of his potential Democratic opponents, Jay Gonzalez and Robert Massie. Similarly, Sen. Elizabeth Warren is likely to win re-election, although three Republicans are looking to replace her.

Democratic Sen. Tom Carper is facing a primary challenge from Kerri Evelyn Harris, and Rep. Lisa Blunt Rochester is also up for re-election. Potentially the most interesting primary in Delaware is the race for attorney general, which has four Democratic candidates and one Republican.

New York's federal primaries were held on June 26, but the state primaries promise to be almost as interesting. Democratic Gov. Andrew Cuomo, who is seeking his third term, is being challenged from the left by Cynthia Nixon, an education activist and former "Sex and the City" star. Nixon's campaign has excited progressives who believe that Cuomo is too moderate and too accommodating of Republicans in the state Legislature. Cuomo's lieutenant governor, Kathy Hochul, is being challenged by New York City Councilman Jumaane Williams, a Brooklyn progressive who is popular in New York City.

The attorney general seat was vacated after Eric Schneiderman resigned in May amid allegations of physical abuse against four women. Cuomo's candidate of choice to replace Schneiderman, New York City Public Advocate Letitia James, has been designated by the state Democratic Party as their official candidate. However, she faces a tough challenge from Zephyr Teachout, a Fordham Law professor who challenged Cuomo from the left in the 2014 gubernatorial primary. Like Nixon, she has been endorsed by Ocasio-Cortez. Rep. Sean Patrick Maloney is seeking to become the first openly gay attorney general, although his candidacy for attorney general and for re-election to his congressional seat has raised eyebrows in New York. Former Cuomo and Hillary Clinton official Leecia Eve is also running.

Meanwhile, progressive candidates are challenging moderates in the Democratic state Senate, and their victories could portend a coming blue wave in November.

All candidates, regardless of party, run in Louisiana's general election. If a candidate wins 50 percent or more of the vote, he or she wins outright. If no candidate wins a majority, a runoff is held between the top two candidates on December 8.

What's behind the push for a fourth stimulus check
Grace Segers