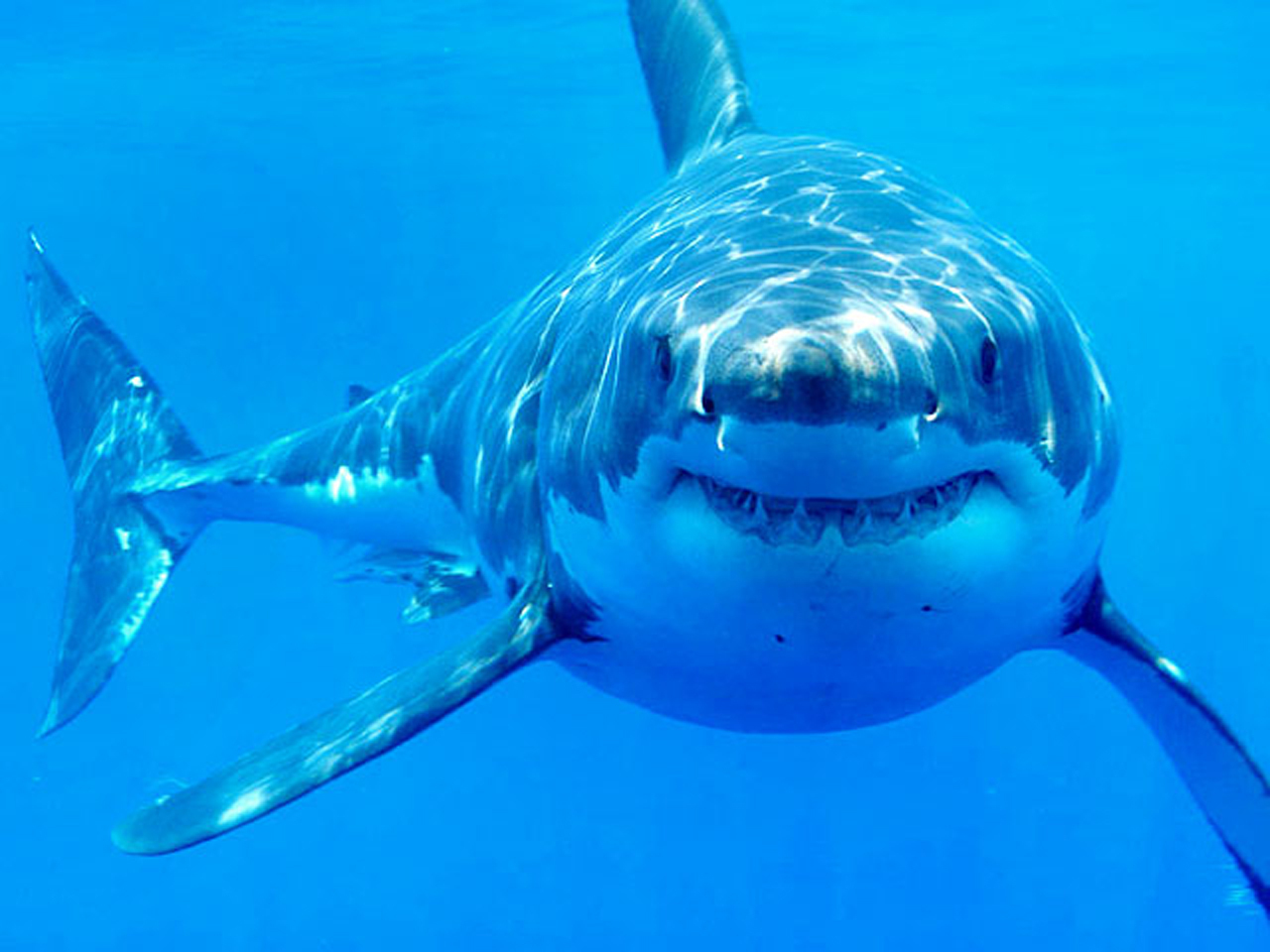 It's a battle of shark versus shark dating back over a century: Which species set the stage for modern great white sharks, the biggest carnivorous fish to roam the seas today?

In one corner are "megatooth" sharks, which include the largest sharks ever to have lived. In the other is the smaller-but-plenty-toothy mako shark. Now, researchers say they have new evidence pointing to the mako shark as the great white's ancestor.

Great white sharks (Carcharodon carcharias) are the biggest meat-eating shark in the world, with some reaching more than 20 feet long and weighing more than 5,000 pounds. They hunt in more of the world's seas than any other sharks, ranging across the Atlantic, Pacific and Indian oceans, from the cold waters near the Antarctic to the tropical waters near the equator, cruising up to 43 miles per hour in pursuit of prey.

Their numbers are rapidly declining worldwide, however, mostly because of accidental entanglement in fishing nets.

The evolutionary history of the great white has been contested by paleontologists for 150 years. They were originally classified as direct relatives of megatooth sharks such as the extinct Carcharocles megalodon, the largest carnivorous shark that ever lived.

Fossils of a newfound species of shark, Carcharodon hubbelli, suggest the modern great white actually may have descended from broad-toothed mako sharks. Researchers say the newfound species represents a possible midway point in the evolution from one to the other.

"We can look at white sharks today a little bit differently ecologically if we know that they come from a mako shark ancestor," said researcher Dana Ehret, a vertebrate paleontologist at Monmouth University in New Jersey. [Images: Great White Sharks]

Most ancient shark species are known only from teeth, but an analysis of C. hubbelli, also known as Hubbell's white shark, was based on a complete set of jaws with 222 intact teeth and 45 vertebrae.

"This specimen that we describe is almost unbelievable for a fossil shark found during the Cenozoic -- that is, the last 65 million years," Ehret told LiveScience. "You just really don't get fossil sharks preserved this nicely anywhere in the world except for these places in Peru and Chile where this was found."

This specimen was once about 16 feet long. The species was named after Gordon Hubbell of Gainesville, Fla., a collector who recovered the fossils from a farmer who discovered them in the Pisco Formation of southern Peru in 1988. Hubbell donated the fossils to the Florida Museum of Natural History in 2009.

"Naming the shark in his honor is a small tip of the hat to all the great things he has done to advance paleontology," Ehret said.

Based on Hubbell's hand-drawn maps and descriptions of the landscape, the researchers ventured to the site where the shark fossils had been discovered. Their quest earned them one close call.

"We decided to leave the field a day early, and as it turned out, we left the area just a few hours before the magnitude-7.9 quake that hit Pisco in Peru in 2007," Ehret recalled.

"That 2-million-year pushback is pretty significant because in the evolutionary history of white sharks, that puts this species in a more appropriate time category to be ancestral or kind of an intermediate form of white shark," Ehret said.

"Some people might jump to the conclusion that this is a smoking gun, that the debate is over," Ehret said. "I don't think the debate will be over. It's difficult to work with fossil sharks, since we typically only find isolated teeth and different paleontologists will interpret the fossils in different ways. I completely understand that -- I value the opinions and conclusions that other paleontologists draw.

"While I personally think we make a very strong case that white sharks evolved from mako shark ancestors, I know some people out there will continue to investigate the relationships between the giant shark Megaladon and modern white sharks," Ehret said. "That's how science has to work: You have to put out hypotheses and also test them, see if they stand up to scientific research."

Scientists continue to collect shark fossils at sites including the Calvert Cliffs of Maryland, the Lee Creek Mine in North Carolina, and areas in Panama, Chile and Peru.

"I think we'll find all kinds of interesting new fossils to flesh out this story a bit more," Ehret said.

Ehret and his colleagues detailed their findings in the November issue of the journal Palaeontology.