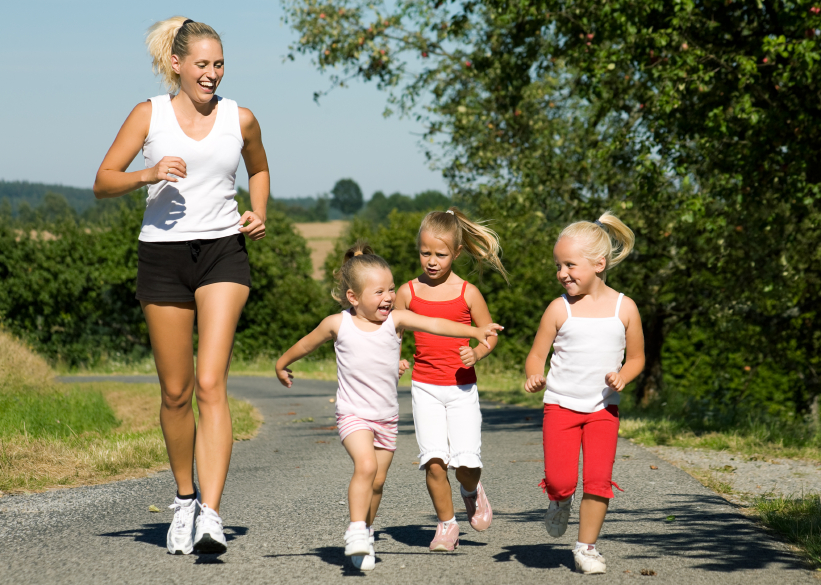 The less physically active a mother is, the more likely her child will be sedentary early in life, according to a new paper published March 24 in Pediatrics, the journal of the American Academy of Pediatrics.

For the study, researchers examined activity levels of 554 mothers, along with their 4-year olds, all enrolled in the Southampton Women's Survey, a population-based cohort in Southampton, U.K. To assess activity levels, both mothers and children in the study wore a device for about a week that measured heart rate and body movement.

Overall, the researchers found a direct correlation in physical activity levels among mothers and their children. A child engaged in more physical activity if their mother made exercise a higher priority. However, only 53 percent of the mothers enrolled in the study actually met the recommended daily exercise requirement, which is a minimum of 30 minutes of moderate-to-rigorous physical activity each day.

"It's a positive thing that maternal physical activity levels can influence the activity level of their child," Kathryn Hesket, the study's lead author, told Reuters Health. "If more time is spent moving, then activity can increase in both."

This finding is in line with another report published last year in Mayo Clinic Proceedings, which said mothers are spending a greater amount of time on sedentary activities than they were 45 years ago. In general, women tend to exercise less once they become mothers, and rarely return to the same level of physical activity than was typical before having a child.

But this study is also one of many that demonstrate how mothers often serve as ambassadors for the health and wellness of their family, especially their youngest children. The authors of the paper suggest a family's health can be improved by implementing programs that encourage mothers and their children to engage in exercise together.

Physical activity is important for any person to maintain a basic level of wellness. But exercise is especially crucial for a young child's overall health and development. In children, lack of exercise is associated with increased risk for obesity, diabetes, heart disease and other chronic physical health conditions in adulthood. Exercise can also reduce the risk for mental health disorders, such as depression and anxiety. And plenty of research has found regular physical activity can boost a child's school performance by improving their concentration and focus.

Though the Centers for Disease Control recently reported obesity rates among young children has dropped by as much as 43 percent in the last decade, the United States is still overall one of the most obese countries in the world.

This study may also indicate a need to place more emphasis on physical education in early childhood curriculum, especially as the U.S. moves ahead to implement a universal preschool program.