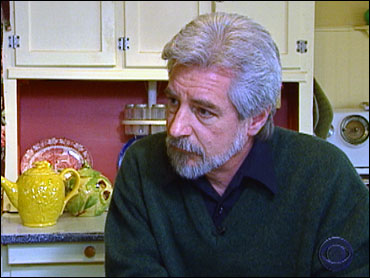 As more Americans are unable to get health insurance through their work, they often turn to the individual insurance market. Last night we told you how difficult it can be to get individual insurance, with companies turning down people with the most minor of medical problems. CBS News chief investigative correspondent Armen Keteyian takes a closer look at what happens when some people who actually have individual insurance try to collect on an expensive claim.


Walking along a stretch of road last summer, 54-year-old Tod Smith felt an intense burning in his chest and tightness in his arm — signs of a heart attack he never saw coming.

"I was in good health," Smith said. "No major health problems or conditions."

For Smith, an illustrator of children's books, his heart attack was the first shock. The second: more than $40,000 in medical bills his insurance company refused to cover — after he figured the company, Assurant, would pay.

"I certainly figured that a heart attack was a catastrophic event. So I figured I was covered," Smith said.

A two-month CBS News investigation of the individual insurance market found that Smith's experience was far from unique. Because it was expensive, his claim was investigated for fraud by Assurant Health, his insurance company.

After examining his medical records, the company refused to pay based on a 3-year old-reference to an "angina episode." Assurant said those words proved his condition was pre-existing, despite the fact that follow-up tests in the same file diagnose his "episode" as a case of acid reflux and ruled out a heart condition.

Watch Keteyian's interview with Maria Locker, who was given the health-care run-around when diagnosed with lymphoma

Blumenthal's office has investigated dozens of the more than 500 complaints nationwide against Assurant, a Milwaukee-based company that specializes in individual policies. Blumenthal charges Assurant has a pattern of "bad faith" when it comes to its customers.

"What this company did was create the illusion of coverage, when in reality, it would challenge almost any expensive procedure as a pre-existing condition," he said.

CBS' investigation of Assurant found a pattern of questionably denied claims and cancelled policies — and what a South Carolina judge called a culture of "secrecy, concealment … and shredded documents."

A video deposition from another court case describes what may have been cash incentives to the company's medical director to deny claims after the fact.

Diane Winkowski, a former unit supervisor of Assurant, said she was part of a unit at Assurant that searched for reasons not to pay claims. She told us she quit because, she believed, many of the investigations were unfounded — and unjust.

"A lot of time we felt that we had it all, and to try and keep looking was frustrating," she said.

Assurant refused to discuss its denials of claims on camera, but it issued a statement saying it continually evaluates its claims process "to ensure it is fair, equitable and consistent with state laws and industry standards."

However, at least 15 states have investigated Assurant's practices, forcing the company to pay millions of dollars in fines. The company now faces dozens of customer lawsuits, with another on the way — from Tod Smith.

"It's about money," Smith said. "That's the bottom line."

Smith hopes his legal action will cover that $40,000 bill he felt assured his insurance company would pay.