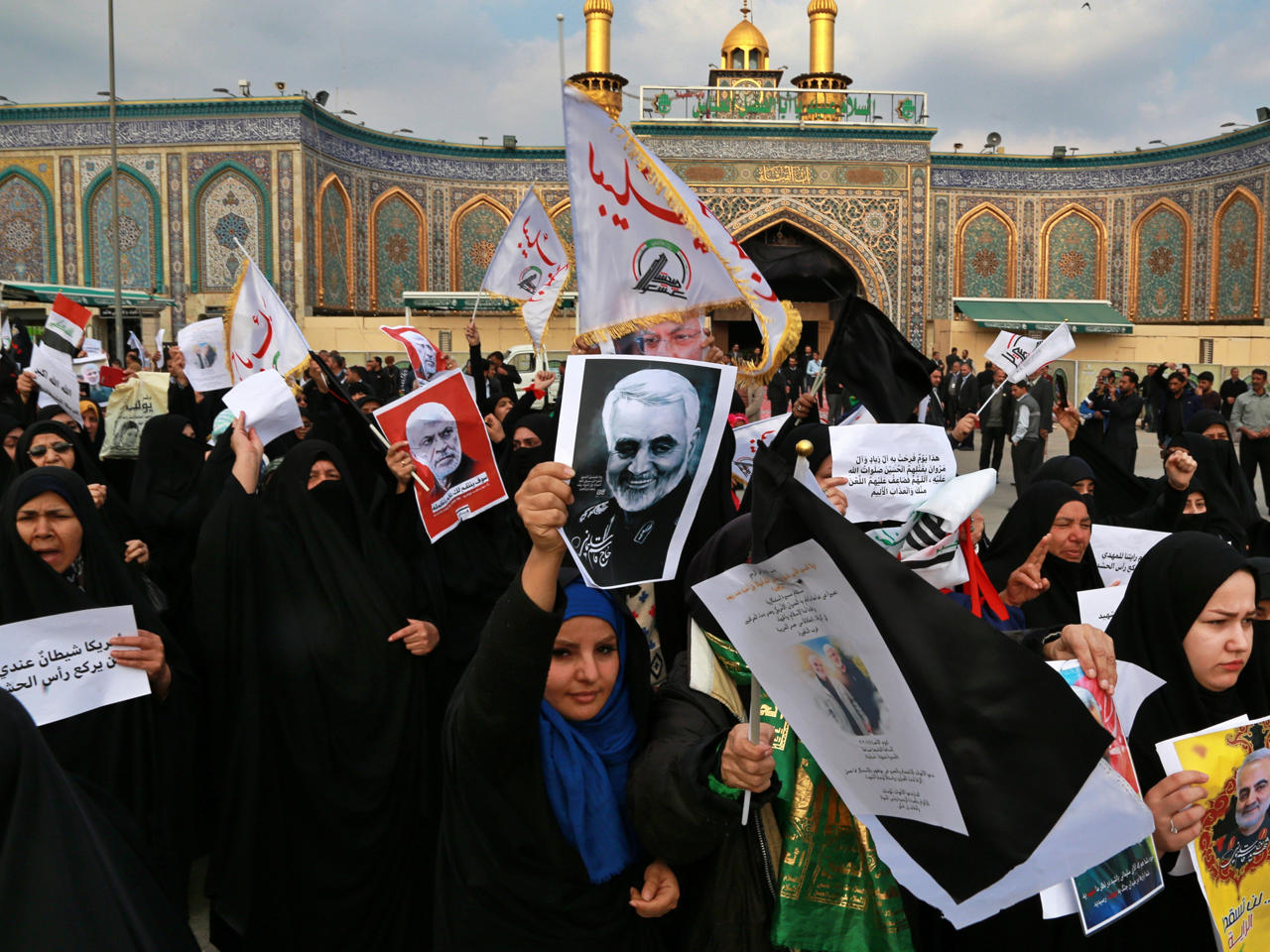 So, what's next in the showdown between the United States and Iran?

Seismic shocks set off by the drone strike which killed Iranian General Qassem Soleimani rippled across the U.S. As thousands of paratroopers from the 82nd Airborne boarded planes for the Middle East, the Department of Homeland Security warned of possible Iranian cyber-attacks, and the Mayor of New York City stepped up security.

"We are now potentially facing a threat that's different and greater than anything we have faced previously," Mayor Bill de Blasio said.

The troops are going to Kuwait, where they will be ready to reinforce U.S. Embassies and other locations where Americans are based. General Frank McKenzie, the Commander of U.S. forces in the Middle East, has told the Pentagon he intends to hit back if any of the 5,000 American troops in Iraq are attacked by Iranian-backed militias.

Until last week, U.S. forces had not retaliated for fear of antagonizing the Iraqi government, but as Defense Secretary Mark Esper told reporters off-camera, the confrontation with Iran and its militias has reached a new level.

"The game has changed," Secretary Esper said. "We are prepared to do what is necessary to defend our personnel and our interests and our partners in the region."

The game changed dramatically when two American drones struck the convoy carrying Soleimani after he had landed at the Baghdad airport. Secretary of State Mike Pompeo said Soleimani was hit because he was planning to kill Americans.

Secretary Pompeo told Fox News, "The American people can know that the decision that president Trump made to take Qassem Soleimani down saved American lives."

Iranian officials have called the killing of Soleimani and act or war and vowed revenge.

Yesterday, President Trump upped the ante with an extraordinary tweet: "Let this serve as a WARNING that if Iran strikes any Americans, or American assets, we have ... targeted 52 Iranian sites (representing the 52 American hostages taken by Iran many years ago), some at a very high level & important to Iran & the Iranian culture, and those targets, and Iran itself, WILL BE HIT VERY FAST AND VERY HARD."

A U.S. defense official told Martin that Iran has brought its ballistic missiles to a higher state of readiness, and stated, "It is unclear whether Iranian military movements are intended to better prepare to defend themselves, or to be better prepared to execute strikes."

When Martin said that sounds like we're on a razor's edge, he replied, "Yes."

Correspondent Seth Doane is following the story from Tel Aviv in Israel:

Major General Qassem Soleimani was an architect of Iran's influence across the Middle East, creating a Shiite Muslim stronghold in several countries, including Hezbollah in Lebanon, where one commander warned 35 U.S. targets – and Tel Aviv – are "within Iran's reach."

Chants of "Death to the U.S." have been a common refrain among protesters in Iran since the 1979 hostage crisis, and Soleimani has been seen as a fierce nationalist fighting for Iran, reaching cult-like status.

"He's a hero in Iran, he's adored. There's posters of him everywhere. Everybody knows who he is," said Dexter Filkins, a staff writer at The New Yorker. He penned a 2013 profile on Soleimani, and likened Iran's Quds Force (which Soleimani led) to a sort of "CIA-meets-Special-Forces":

"He's one of the most powerful men in the country. He's very close to the Supreme Leader. It would be like killing the vice president or a Supreme Court Justice. I mean, It's huge."

Soleimani is credited with employing so-called "asymmetrical warfare" tactics – using proxy forces to fight for Iran, including against Israel.

When asked how close of an eye he kept on Soleimani, Amos Yadlin, a former chief of Israeli military intelligence, replied, "Very close.

Yadlin told "Sunday Morning" he thinks Iran is considering three options for retaliation – a strike on the United States, which is risky; on an American ally like Saudi Arabia or the United Arab Emirates; or Israel – but ultimately thinks Iran does not want all-out war, though many in the region feel we're now closer to one.