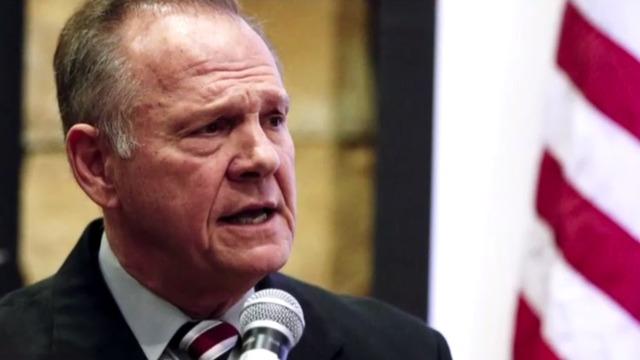 What's going on in the Alabama Senate race?

It's happening on Tuesday, and in a normal race in a normal year with normal candidates, the Republican candidate would be all but a shoo-in. President Trump won Alabama by 28 points in 2016. It's one of the most Republican and most conservative states in the country. It hasn't had a Democratic U.S. senator since Howell Heflin left office in 1997.

And yet, here we are. Republican Roy Moore, a former chief justice on the state's supreme court, has always been a divisive figure in Alabama politics. The last time he ran statewide, in 2012, he won only narrowly, trailing the rest of the Republican ticket by substantial margins. Since he won the Republican nomination for Senate in September, he's faced numerous reports of sexual misconduct, including accusations that he molested a 14-year-old girl when he was 32.

His opponent, Democrat Doug Jones, is a widely respected former U.S. Attorney. He's best known for successfully prosecuting two KKK members for a 1962 church bombing in Birmingham, and for sending Olympic bomber Eric Rudolph to jail. But he's also a pro-abortion liberal Democrat in a state that tends to abhor abortion, liberals, and Democrats.

Who's going to win?

The short answer is nobody has any idea. Moore is probably still favored to win, given how Republican the state is, with a recent CBS News poll showing him leading Jones, 49 percent to 43 percent. Meanwhile, an Emerson College poll released Monday showed Moore leading Jones by nine points, while a Fox News poll released the same day had Jones up ten. The current RealClearPolitics polling average has Moore up just 2.2 points, indicating that the race is a real toss-up.

The phrase "it all comes down to turnout" is a cliché in politics. However, since nobody has any idea who's going to win in Alabama, it really will all come down to turnout.

It's very difficult to poll special elections, in large part because so few people tend to turn out to vote in them. Given the amount of attention the Alabama race has received, it's possible that turnout is higher than usual, which would likely benefit Jones. However, it could also basically have lower-than-usual turnout, which would probably help Moore.

"If we see a surge in Democratic turnout, especially in the Birmingham region, Jones has a chance," Monmouth University polling director Patrick Murray said on Monday. "On the other hand, if turnout is significantly lower than a standard midterm election, Moore's prospects increase."

What does Jones need to win?

To hear most strategists tell it, what Jones needs is a combination of high turnout among black voters, who tend to vote Democratic, and some Republican crossover votes. He would also benefit from Republicans deciding to just stay home or vote for an independent candidate.

Shelby is a conservative Republican who is popular in the state, so Jones has been using his criticisms to bludgeon Moore for weeks. He's also been looking to increase turnout among African-Americans by bringing surrogates like Sen. Cory Booker, D-New Jersey, and former Gov. Deval Patrick, D-Massachusetts, to stump on his behalf. Former President Barack Obama and Vice President Joe Biden have also recorded pro-Jones robocalls, while Mr. Trump has done the same for Moore.

What does Moore need to win?

Moore, rather strangely, has been absent from the campaign trail in recent days as Jones hustled for votes. On Monday he held a campaign rally alongside Breitbart chief Steve Bannon, a former Trump adviser who has long championed his campaign.

Moore has a built-in advantage given the state's aforementioned Republican lean. Still, plenty of Republicans don't much care for the guy, particularly since he's been accused of habitually pursuing teen girls as young as 14 when he was a bachelor in his thirties. "I think, so many accusations, so many cuts, so many drip, drip, drip — when it got to the 14-year-old's story, that was enough for me. I said I can't vote for Roy Moore," Shelby said on CNN on Sunday.

Even without the sex scandal, however, Moore has a long history of making inflammatory statements. For example, he's suggested that homosexuality should be illegal and that 9/11 was divine punishment for America's sins.

More recently, he defended Russia in an interview with The Guardian, a left-leaning British paper, saying that you "could very well say" that America is "the focus of evil in the modern world," and that Vladimir Putin "may be more akin to me than I know." Back in September, in response to a question from an African-American questioner about a time when he thought America was truly great, Moore said: "I think it was great at the time when families were united — even though we had slavery — they cared for one another . . . Our families were strong, our country had a direction."

It is. So Moore and his allies have argued that a vote for him is morally necessary because he's anti-abortion, unlike Jones, and a Republican who will vote for Mr. Trump's agenda. Mr. Trump is still popular in Alabama, so presumably the president's support for Moore counts for something. And a Jones win could potentially put major Republican objectives, such as a tax code overhaul, in jeopardy given the GOP's slim majority in the chamber.

In particular, Moore's campaign has tried to make Jones' support for abortion a defining issue in the race.  When asked by 12-year-old conservative YouTube star Millie March what the most important issue in the race is, Moore campaign manager Rich Hobson said it's "the pro-life issue, because in this campaign it's a clear contrast between Democrats and Republicans."

Jones' support for legal abortion has been seen as one of his major handicaps since the start of the race, and it could well give Moore a decisive edge on Tuesday.

"I have to think the conservative Christians who care about abortion are voting for Roy Moore no matter what," Richard Fording, a political science professor at the University of Alabama, told AL.com over the weekend. But Fording also says that abortion may not be the trump card Moore hopes it is because Alabama Republicans, like Republicans nationwide, tend to support legal abortion in certain cases.

"When you look at the public opinion data, there aren't that many hardcores who believe abortion should never be legal," Fording said. "It's trending in a more liberal direction and it's more about where you draw the line."

Moore has also argued that the sexual misconduct allegations against him are made up, and that message may be resonating with the voters he needs to win. In CBS News' early December poll, 71 percent of Republicans in the state said they thought the accusations were false.