1. He came to America when he was 2 years old

The Khan family is of Pakistani descent. However, Humayun Khan was born in the United Arab Emirates. His parents, Khizr and Ghazala Khan, moved the family to Silver Spring, Maryland, when Humayun was just 2 years old.

2. In high school, he taught disabled children how to swim

The family's middle child, Humayun reportedly took on the role of comforter early in life. He was described as serious-minded and admirably balanced, with a strong sense of responsibility. In high school, he taught swimming lessons for disabled children. That sense of responsibility -- along with a clear desire to give back to his community -- would lead him to enter the University of Virginia's ROTC program in college.

3. He loved to read books about Thomas Jefferson

In 2005, Khizr Khan told the Washington Post that his son's admiration for the Founding Father who authored the Declaration of Independence sprouted from frequent visits to the Jefferson Memorial as a child. Khan would take Humayun and his two brothers to the domed, ivory structure and have them read the historical words etched into the stone there. Even so, Humayan's attachment to Jefferson outgrew that of his brothers.

4. He graduated from the University of Virginia

According to Khizr Khan, Humayun quoted his favorite Founding Father -- Thomas Jefferson -- in his admissions essay to UVA (which Jefferson founded). Khan told the Washington Post it was a line about "freedom requiring vigilance." The essay obviously struck a chord with the admissions office, because Humayun got in and graduated from the prestigious university four years later, in 2000, with a degree in psychology.

5. His dream was to become a military lawyer

Humayun's father is a lawyer by trade. During his moving speech at the 2016 Democratic National Convention, Khizr Khan stated, "Our son Humayun had dreams, too, of being a military lawyer. But he put those dreams aside the day he sacrificed his life to save the lives of his fellow soldiers."

After graduating from the University of Virginia, Humayun Khan was assigned to the Headquarters Company of the U.S. Army's 201st Forward Support Battalion, 1st Infantry Division. He achieved the rank of Captain during his four years of service, from 2000 to 2004.

7. He saved the lives of fellow soldiers

In 2004, Captain Khan was deployed from Germany to Iraq for Operation Iraqi Freedom, despite the fact that his four years of required service had technically been completed. Then on June 8th, four months into his tour of duty, Khan was inspecting soldiers on guard duty when a suspicious vehicle approached the gate of his compound at high speed. Khan ordered his fellow soldiers to stay back, as he took 10 steps toward the car with his arm outstretched. The car then exploded, killing Khan, but its improvised explosive device detonated before it could reach the gates and the nearby mess hall where hundreds of Khan's fellow soldiers were eating breakfast.

That day, Captain Humayun Khan became the first UVA graduate to die in combat since the Vietnam War. He left a girlfriend, his family, and his dreams of the future behind.

9. He was laid to rest in Arlington National Cemetery

According to the United States Department of Defense, he "was laid to rest with full military honors. Captain Khan was a Pakistani American who served in the U.S. army as an ordnance officer, being the senior-most community member to die in Iraq. His colleagues and superiors remembered him for his courage, honesty, sense of humor and grace while in the field, even under pressure. Captain Khan's colleagues eulogized his exemplary services and praised him for the leadership he provided to his troops."

That tribute provides context for the words Captain Khan's father leveled at Donald Trump at the 2016 DNC: "Have you ever been to Arlington cemetery? Go look at the graves of brave patriots who died defending the United States of America. You will see all faiths, genders and ethnicities. You have sacrificed nothing and no one."

10. He was posthumously awarded both the Purple Heart and the Bronze Star

Perhaps that's why -- in her introductory tribute video before Khizr Khan's speech at the 2016 DNC -- Hillary Clinton stated with confidence: "If you want to see the best of America, you need look no further than Army Captain Humayan Khan." 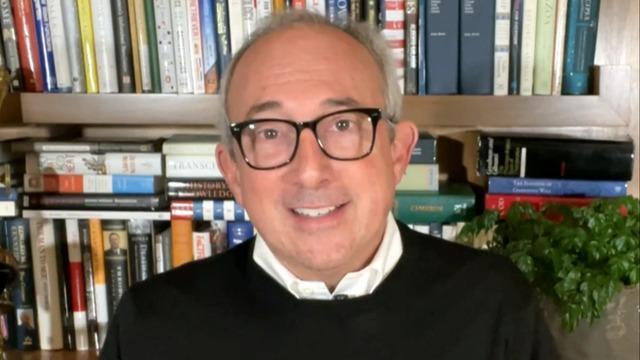 Signs of hope: CBS News medical contributor Dr. David Agus on vaccinations, if it's too early to drop COVID-19 restrictions and more.