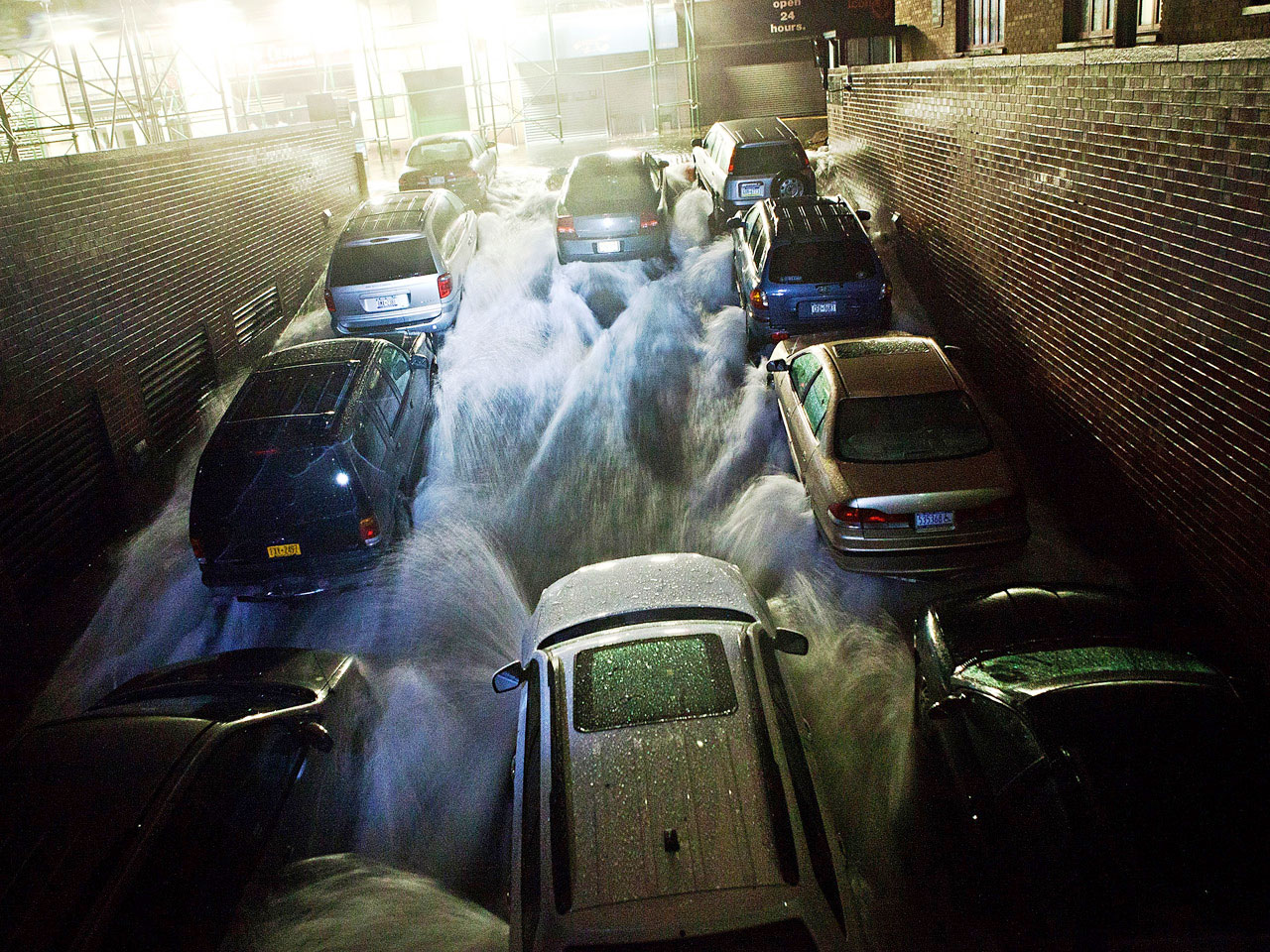 Last year, Superstorm Sandy wreaked billions of dollars worth of damage on the East Coast, took numerous lives and halted the nation's largest city in its tracks.

For experts, the lessons are mixed. While they warn that the next Sandy won't be exactly like the last Sandy, they say the storm exposed systemic flaws in planning and preparation that need to be addressed -- from hospital preparedness to protecting those with special needs.

Here are five areas in which work has been done but, experts say, there's much still to do:

Sandy knocked the power out in large swaths of the Northeast. And when the storm surge flooded key elements of their emergency power systems, multiple hospitals in New York City had to be evacuated, including NYU Langone Medical Center and Bellevue Hospital Center.

"What we see regarding hospital readiness for large-scale disasters are random acts of preparedness," said Irwin Redlener, the director of the National Center for Disaster Preparedness at Columbia University. "Hardly sufficient."

In its after-action report released this May, the city recommended stronger new regulations for hospitals, "that require comprehensive evacuation planning and backup power capacity."

But, experts argue, government bodies have only so much control over some of the private, voluntary institutions evacuated last year. The burden may instead fall on independent health care accreditation organizations like The Joint Commission, the oldest and most prestigious in the field.

Multiple hospitals that had to be evacuated because of power loss during Sandy earned the Joint Commission's seal of approval prior to the storm -- the criteria for which includes emergency preparedness and backup power capacity. A year later, it hasn't changed its requirements.

In an interview, George Mills, the director of the Joint Commission's Department of Engineering, said that because of compliance issues and complications related to the federal government, the Joint Commission is working with a 13-year-old code for its accreditations.

"Expectations for generated power are exactly the same as they were a year ago," Mills said.

In fact, Mills acknowledged, the Joint Commission would now accredit those same hospitals whose backup power systems failed last year, even if they had done nothing to change those systems.

"They'd be doing all the things that the codes require them to be doing. And yes, we would accredit them," Mills said. "We have no standards that say get your generator out of the basement."

Even still, those hospitals have made changes. NYU Langone is touting upgrades to its infrastructure and flood protection capabilities, including the ongoing construction of a new energy building and the purchase of easily deployed flood barriers.

"Critical infrastructure has since been replaced and relocated to higher elevations, or protected if they remain at lower levels," Paul Schwabacher, the senior vice president of NYU Langone's facilities management, said in an email.

New York City Health and Hospitals Corporation, which operates public hospitals like Bellevue, said in a press release Thursday that the hospital is raising its fuel pumps for its generators from the basement to higher elevations. They've also installed removable flood barriers at Bellevue's loading docks.

But Al Berman, the head of disaster recovery organization DRI International, said that the city won't know how prepared its hospitals are -- and whether their backup power systems can withstand the next storm -- until more stringent testing methods are implemented, or until the next storm hits.

"In their heart of hearts, they believed those generators were going to work," he said of hospital officials facing Sandy. "A disaster is a terrible time to test your plan."

Accommodating those with special needs

Six years before Sandy hit, a New York State Assembly committee issued a blunt warning about New York City's emergency plans at the time: "There is no realistic probability of a successful evacuation of special populations."

According to Richard Brodsky, a former assemblyman and then-head of the committee that issued the report, the warning proved prudent during Sandy and its aftermath, as problems piled up locating, transporting and accommodating the city's more than 900,000 with disabilities or special needs.

And since then, he says, he hasn't seen a change in that aspect of the city's plan.

"The system is simply designed for a 25-year-old who can run an eight-minute-mile," Brodsky said.

"If you're an 85-year-old woman living on the third floor in the Rockaways, you're going to be in trouble."

While the city contests such criticism, its after-action report in May acknowledged that caring for evacuees with special needs presented "some of the most challenging issues during and after the storm," and the report outlined recommendations for, among other things, improving shelter accessibility for the disabled.

But advocates say the city didn't, and still hasn't, done enough. Their complaints are the subject of an ongoing lawsuit against the city.

"The issues that we're talking about, for people with disabilities, they're life and death issues," said Julia Pinover, an attorney for Disability Rights Advocates, which is handling the lawsuit. Issues, she said, like evacuating people with disabilities stranded in high-rise buildings during a power outage, or ensuring their access to the appropriate shelters.

Early this year, an attorney for the Justice Department weighed in on the case, filing a statement of interest that said: "Unfortunately, despite the obvious importance of accounting for the unique needs of individuals with disabilities in planning for emergencies, New York City's emergency plans, like many state and local emergency plans throughout the nation, fail to do so."

The city has pushed back, criticizing the DOJ's legal analysis as "deeply flawed" and defending its plans.

"Through a wide range of on-the-ground efforts, targeted communications, outreach, and specialized programs, the City takes tremendous care to incorporate the needs of people with disabilities into every stage of its emergency planning," Martha Calhoun, senior counsel for New York City Law Department, said in a statement.

"After Sandy, we engaged in a rigorous and expedited process to further enhance our existing programs for all New Yorkers, including, of course, people with disabilities."

Sandy, experts and officials say, introduced New York to the effects climate change firsthand, and revealed how exposed the region is to the changing nature of the threat.

A climate change panel convened by New York City Mayor Michael Bloomberg found that sea levels could rise by more than two-and-a-half feet by the middle of the century, and that the city could see drastically more heat waves and rainfall.

According to the Special Initiative for Rebuilding and Resiliency, the costs of the storms to the city are also likely to increase -- from Sandy's $19 billion in damage to potentially $90 billion for a storm in 2055.

The lesson for New York, experts and officials say, isn't how to prepare for the next Sandy, or how to fully immunize the city from the effects of climate change. It needs to learn how to adapt and react.

"We should acknowledge that there's no set of investments that can completely climate-change-proof the city," said Seth Pinsky, the former director of the Special Initiative for Rebuilding and Resiliency, now at RxR Realty.

"You need to be able to bounce back more quickly when the effects do impact you."

The city's 2013 PlaNYC plan, which Pinsky helped write, includes proposals to install adaptable flood walls throughout the city, as well as stone shorelines to protect against erosion, bulkheads to hold shorelines in place, and wetlands restoration projects to weaken waves.

Resilience, though, comes at a cost. The estimated total price tag of the PlaNYC initiative is $20 billion.

Pinsky says $15 billion of that cost has been secured or identified as likely to be secured.

There are risks, though, for an expensive multi-year plan spearheaded by a mayor in his final year.

"It's easy to forget what happened," Pinsky said.

"We'll learn whether the lessons have truly been learned by the people of New York, based on whether the electorate is sufficiently insistent that our leaders carry the plan out."

Sandy also tested the wireless network, crippling it in some cases, and presenting a security risk at a time when a majority of 911 calls were placed from cell phones.

To address the disruptions, the FCC in September proposed a requirement that wireless providers publicly report the percentage of their operational cell sites in affected areas during a disaster.

"The concept is simple," David Turetsky, chief of the FCC's Public Safety and Homeland Security Bureau, wrote Monday in the FCC's official blog. "By providing consumers with a yardstick for comparing wireless performance in emergencies, this proposal could empower consumers and in turn create competitive incentives in the wireless industry to improve network reliability."

The industry has resisted the proposal, which has been submitted for public comment and has not yet been adopted.

"No government regulation can provide any greater incentive than carriers already have to provide the most reliable service possible," Scott Berman, an official at the wireless trade group CTIA, said in a statement. "But it is critical that the Commission not myopically focus on indicia that do not provide consumers with empowering and meaningful information."

In its strategy proposal, the task force recommended that more be done to ensure that "cellular towers, data center and other critical communications infrastructure are able to function, regardless of the status of the electrical grid."

According to the report, 911 received more than 20,000 calls per hour at the height of the storm.

It's recommendation: "Launch a public awareness campaign that 911 is for emergencies only."

New York's Metropolitan Transit Authority was roundly heralded for getting the trains up and running after 90 million gallons of water inundated the New York City subway system. The goal, of course, is to keep all that water out in the first place.

To do that, NYC Transit launched the Sandy Recovery and Resiliency Division which, according to MTA spokesman Kevin Ortiz, has issued 38 design task orders to consultants to develop designs to protect a wide range of subway infrastructure.

According to Ortiz, there are 50 projects currently in the design stage and eight under construction.

Then there's the seemingly far-fetched idea officials are taking quite seriously: Plugging the subway with giant inflatable balloons.

The new technology was developed by the Department of Homeland Security, and was tested in an unused lower Manhattan tunnel earlier this year.

"It would in the fact that we have a better sense of where our vulnerabilities are," Ortiz said, noting that the system first had to recover from an unprecedented storm, and that expectations of large-scale infrastructure changes one year out would be "inherently unrealistic."

Rich Barone, Director of Transportation Programs for the Regional Plan Association, an independent urban research and advocacy organization, commended the MTA on its recovery from Sandy and moves to protect against future storms.

But a key lesson from Sandy, he said, is that it's crucial for a transportation network to have backup. While the current subway configuration makes it easier to get into Manhattan, it amplifies a disruption in one part of the city into a system-wide problem.

"The hub-and-spoke configuration of the subway is both a blessing and a curse," Barone said in an email.

"What Sandy underscored was that we need better transit service in the outer boroughs (Bronx, Brooklyn Queens and Staten Island) so that people can get around without needing to go through Manhattan."