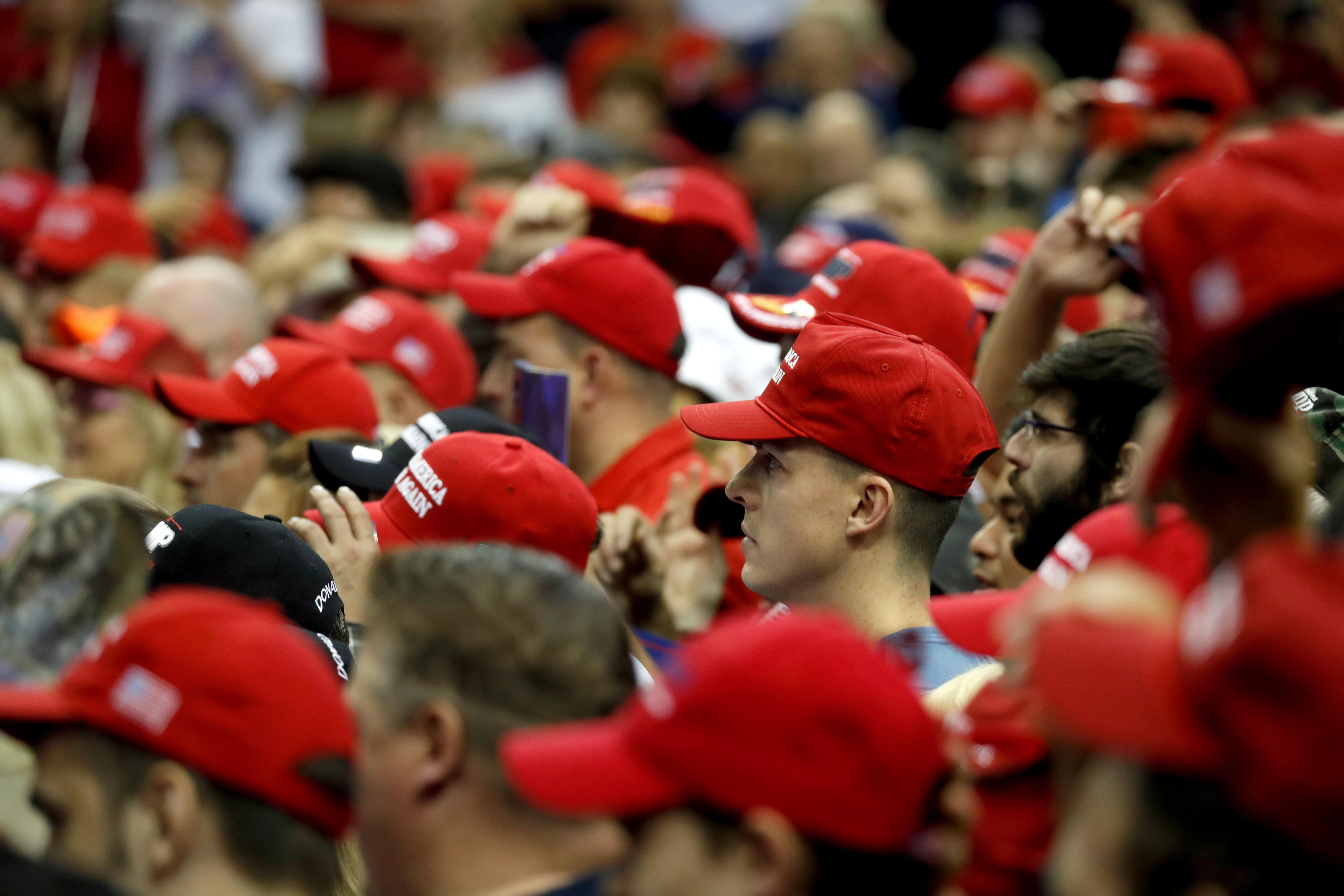 It wasn't the first time Mr. Trump has embraced the "nationalist" label. But to some commentators on the left, the president's phrasing indicated that he was not-so-subtly proclaiming himself a "white nationalist." That's a term that can be defined a couple of different ways, but is typically used to describe racists who believe only people of European heritage can be called "real" Americans.

For his part, Mr. Trump says that he is unfamiliar with the concept of white nationalism. "I've never heard that theory about being a nationalist. I've heard them all," he told reporters on Tuesday. "But I'm somebody that loves our country. When I say a nationalist, I don't like it when Germany is paying 1 percent of GDP for NATO, and we're paying 4.3 percent. I don't like that."

However, even if nationalism is shorn of any overtly racist overtones, it's still a word with a weighty history.

Mr. Trump is hardly the first American political figure to call himself a nationalist. Alexander Hamilton, for example, is sometimes associated with a strain of thought called "economic nationalism." And perhaps most famously, Theodore Roosevelt called described his platform as "new nationalism" during his 1912 attempt at the presidency.

"The new nationalism puts the national need before sectional or personal advantage...This new nationalism regards the executive power as the steward of the political welfare. It demands of the judiciary that it shall be interested primarily in human welfare rather than in property, just as it demands that the representative body shall represent all the people rather than any one class or section of the people," Roosevelt said in a 1910 speech at Osawatomie, Kansas.

At the time, Roosevelt was trying to move the Republican Party in a more progressive direction, which Mr. Trump does not appear to be doing with the current GOP. A more accurate definition of Mr. Trump's sort of nationalism could come from a closer contemporary, Steve Bannon, his former strategist.

"I'm not a white nationalist, I'm a nationalist. I'm an economic nationalist," Bannon told the author Michael Wolff shortly after Mr. Trump's election. "The globalists gutted the American working class and created a middle class in Asia. The issue now is about Americans looking to not get f***ed over. If we deliver, we'll get 60 percent of the white vote, and 40 percent of the black and Hispanic vote and we'll govern for 50 years. That's what the Democrats missed. They were talking to these people with companies with a $9 billion market cap employing nine people. It's not reality. They lost sight of what the world is about."

Like Bannon, Mr. Trump portrayed "globalism" as the principal enemy of nationalism in his speech on Monday. But "globalist" is a loaded term too, as it considered by some to be an anti-Semitic slur.

Broadly speaking, economic nationalism is the belief in protectionist trade policies and the need for a robust domestic manufacturing sector. And although mainstream economists tend to dismiss economic nationalism as warped and counterproductive, Mr. Trump's fondness for tariffs and trade wars would indicate he embraces at least some of its tenets.

It's possible that Mr. Trump's belief in nationalism is purely a matter of economic policy. It may also inform his suspicion of American allies and international bodies like the UN. But there are darker definitions of nationalism, the best known of which probably comes from George Orwell.

Nationalist and patriot were historically used somewhat interchangeably, although in the modern era American presidents have tended to embrace the patriot label while avoiding the nationalist one. At some point, as Mr. Trump observed, nationalist became something of a dirty word associated with racists, militants, and terrorists.

In 1945, Orwell wrote a famous essay called "Notes on Nationalism" that tried to create separate definitions for patriotism and nationalism. "By 'patriotism' I mean devotion to a particular place and a particular way of life, which one believes to be the best in the world but has no wish to force on other people," Orwell wrote. "Patriotism is of its nature defensive, both militarily and culturally. Nationalism, on the other hand, is inseparable from the desire for power. The abiding purpose of every nationalist is to secure more power and more prestige, not for himself but for the nation or other unit in which he has chosen to sink his own individuality."

For Orwell, patriotism was benign or even good. Nationalism, meanwhile, is "the habit of assuming that human beings can be classified like insects and that whole blocks of millions or tens of millions of people can be confidently labelled 'good' or 'bad'" and "the habit of identifying oneself with a single nation or other unit, placing it beyond good and evil and recognizing no other duty than that of advancing its interests."