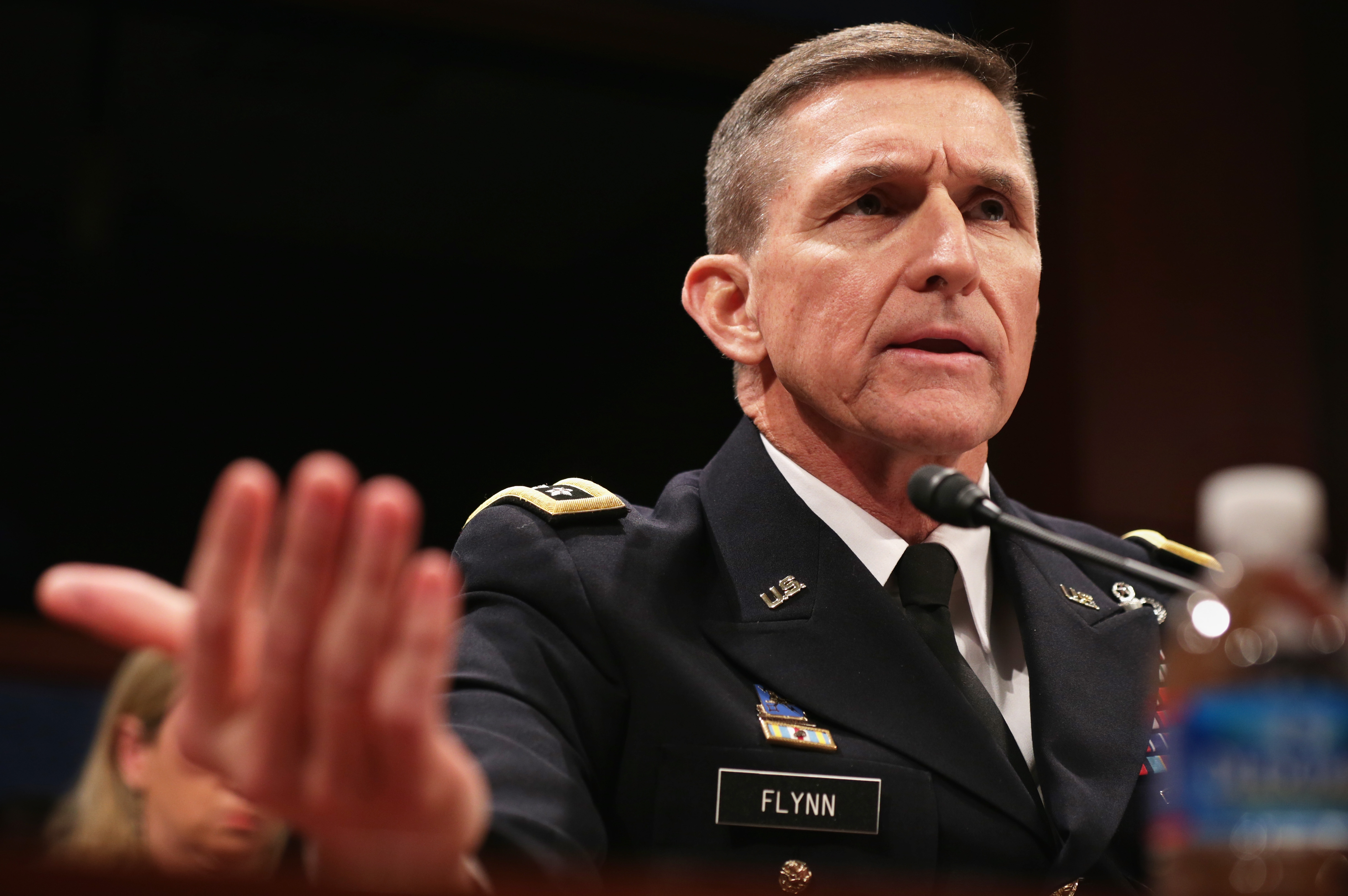 Earlier this month, Special Counsel Robert Mueller's office released a memo arguing that Flynn should not be sentenced to prison because he had provided "substantial assistance" to its investigation. "Given the defendant's substantial assistance and other considerations set forth below, a sentence at the low end of the guideline range — including a sentence that does not impose a term of incarceration — is appropriate and warranted," the memo said.

A prominent general during the wars in Iraq and Afghanistan, Flynn was tapped to become the director of the Defense Intelligence Agency (DIA) in 2012. After he announced in April 2014 that he would step down as director of the DIA, Flynn asserted he had been forced out because he disagreed with the Obama administration's approach to combating extremism. His critics, however, claimed he had mismanaged the agency and that his efforts to force change were met with internal resistance. Flynn then entered the private sector, advising foreign governments such as Turkey.

During the 2016 campaign, Flynn became a prominent adviser to and spokesman for Mr. Trump, and frequently gave speeches on the then-candidate's behalf. In that capacity, he was criticized by his former colleague, retired Marine Gen. Martin Dempsey, who said military officers should remain apolitical.

Flynn was strident in his support of Mr. Trump, often making dire predictions about what would happen if Democratic candidate Hillary Clinton was elected president. He also made comments critical of Islam, saying in one August 2016 speech that the faith "is a political ideology" that "hides behind being a religion."

Flynn was in some ways an atypical hawk. He called for better relations with Russia, and in 2015 joined Russian President Vladimir Putin and other Russian officials in a Moscow celebration of the Russia Today (RT) network, a Russian government-controlled television channel. Flynn later explained that he had been paid for taking part in the event, but brushed aside concerns that he was aiding a Russian propaganda effort.

Flynn was also public about his support for the Turkish government of President Recep Erdogan, who has had at times an uneasy relationship with the United States. In an op-ed for the Washington newspaper The Hill just before the election, Flynn wrote that Turkey needs support and echoed Erdogan's warnings that a "shady" Turkish Muslim cleric living in Pennsylvania should not be given safe harbor in the U.S.

Erdogan has accused the cleric, Fethullah Gullen, of orchestrating an attempted military coup against him and called for Gullen's extradition. The Trump administration has not extradited Gulen, although the State Department announced last month that it's reviewing a Turkish request to do so. On Monday, two former business associates of Flynn were indicted as part of a federal investigation into the Turkish lobbying effort to expel Gulen from the U.S.

After the election, Mr. Trump announced his intention to make Flynn his national security adviser. But he served in the post for only a matter of weeks, after it came to light that he had misled federal investigators and administration officials, including Vice President Mike Pence, about his conversations with the Russian ambassador.

Flynn falsely stated he had not talked about sanctions with the Russian ambassador, Sergey Kislyak, before Mr. Trump took office. In fact, Flynn called Kislyak five times at the end of December in 2016, and the two discussed sanctions the Obama administration had put on Russia. The day after Flynn resigned, according to then-FBI Director James Comey, Mr. Trump then encouraged Comey to drop the Flynn investigation.