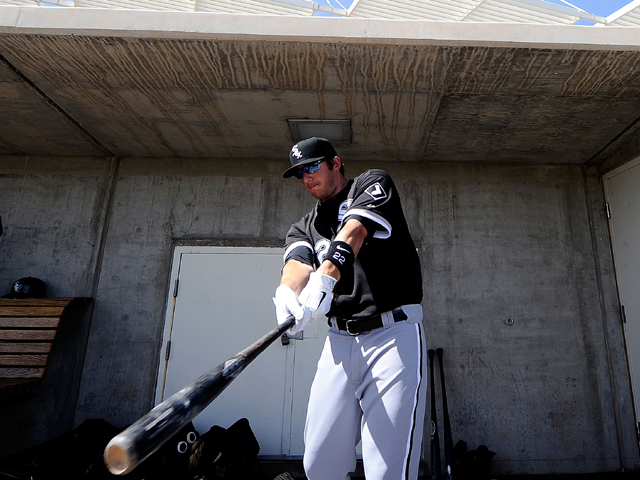 Pitchers and catchers are due to report...

Few phrases in sports resonate as much as those words do for baseball fans. And that's understandable because in those words we find something basic in the American spirit: Optimism.

The opening of spring training in Florida or Arizona fills media with young men working out in the bright sun. We see images of the biggest stars, but we also learn the stories of the up-and-comers or the never-wases who are hoping for one change, one time to make it to the big leagues.

For fans there is always the chance that, despite the odds, your team will make it to the playoffs and maybe go all the way to the World Series. Managers, too, feel that surge of optimism; maybe a player or two will make the difference and show the others. And in this year when a movie, "Moneyball," based on a trend rooted in Bill James statistics that transformed the game, is nominated for an Oscar, anything can happen.

Fla. spring training is laid-back fun in the sun

My favorite team, the Detroit Tigers, have a fairly good shot to be true contenders due to the best pitching staff in the American League and one of the most formidable lineups in the majors. But other than contending I don't know how far they will go. No one does.

But I can tell you that this year fans will see a rookie or two come from seemingly nowhere and become a star. Conversely, fans will discover can't miss prospects who miss entirely. And sadly fans will witness a handful of key performers suffer injuries that will keep them from contributing. That's baseball.

And that's life, too. They say that baseball imitates life, only more so. Sure enough the season lasts six months, excluding spring training and the post-season. The teams play six days a week, sometimes more, and in that regard baseball players seem to hold regular jobs.

Of course ball players get paid good money. The average salary has been over one million dollars for at least a decade or more. And when they travel - which is at least half the time - they stay in the best hotels and get there with private transportation, including the team jet.

It was Jacques Barzun, a French-born historian, who wrote in a book published in 1954 this famous quote: "Whoever wants to know the heart and mind of America had better learn baseball..." If Barzun, who is still alive at the age of 104, were to revisit that comment he might replace baseball with football.

Yet there remains in baseball something unique to the game that contributes to its optimism. It is individualism. As much as baseball is a team came, it is really a game - unlike other team sport - that relies more on individualism than collectivism. Baseball is an entrepreneurial game. You can make a name for yourself and when you do you will earn a very healthy income.

The can-do spirit pervades the game, and at no time of the year is that spirit more evident than in spring training. So whether you like the game, or find it akin to watching paint dry, the lesson to take away is that individuals can make a difference. And with the right combination of other individuals - all pulling together for common goals - teams can win. And that ought to make everyone feel pretty optimistic.