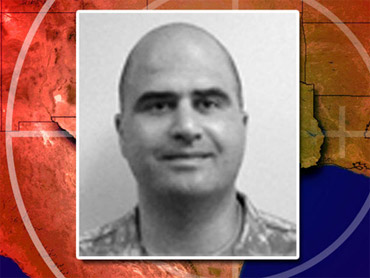 Mental health professionals are scrambling to explain what could have prompted a gunman to go on a rampage in Texas' Fort Hood Thursday, killing 13 people and wounding 30, before being shot by a female police officer who was among the first to arrive on the scene.

On "The Early Show" Friday, one of the nation's top forensic psychiatrists, Dr. Michael Welner, said, "It's shocking. It's shocking for any health professional to be involved in taking life, especially from a profession where you're trained in empathy. Even if you are more stiff, more stand-offish, you're trained up. But in a way, we may draw answers not just from his being a psychiatrist, but from what he was doing at the base."

Welner, speaking under the presumption Hasan was indeed the shooter -- explained to substitute co-anchor Debbye Turner Bell that the nature of Hasan's work could have played a major role "because he was counseling people who were dealing with post-traumatic stress disorder from a location and a place where he identified with the enemy. And this is how it fits together. We heard ("Early Show" co-anchor) Harry (Smith) this morning already report with someone on the scene who said he heard, 'Allahu Akbar' being shorted.

"There are ideological mass shootings. A person who is treating people with post-traumatic stress disorder is in an environment where they verbalize, so he's dealing with victims who may have verbalized a tremendous amount of resentment and anger for people he identified with. And we know about mass shooters that they are alienated and it is their alienation that enables mass shooting. You have to hate everyone to feel comfortable killing anyone. And a random mass shooting, you embrace the possibility, and as an educated professional, that anyone may die."

Bell, herself a medical professional -- she is a veterinarian -- remarked that what happened "just seems so counterintuitive" because you would think a psychiatrist would have the skills "to cope with some of these felling of alienation."

"It is, but it is not," Welner observed. "The mass shooter acts from righteous indignation. In other words, 'I'm a healing person, but my ideology and my righteous belief and my feeling that, " 'I'm doing something in the name of what I believe in more than my professional ethics dominates my thinking," will push me to do what I do." '

Welner added, "There's obviously much more that we need to learn. There are common qualities of mass shootings. This happened at his workplace and there are workplace mass shootings. ... Based on my experience, I will tell you this: It is especially important to understand where the shooting started and what the trigger point was, because the shooting becomes random, but it starts with a selected point."