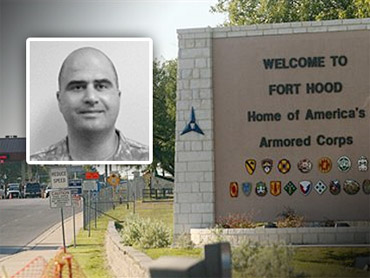 Soldiers who witnessed the shooting rampage at Fort Hood that left 13 people dead reported that the gunman shouted "Allahu Akbar!" as he fired on his fellow soldiers, the base commander said Friday.

Lt. Gen. Robert Cone told "Early Show" co-anchor Harry Smith said officials had not yet confirmed that the suspected shooter, Maj. Nidal Malik Hasan, made the comment, which is Arabic for "God is great!" during the rampage Thursday, which also left 30 people wounded, including the gunman.

"Did he say anything as he was carrying out this act?" Smith asked Cone.

"There are reports, unconfirmed, that he was saying, 'Allahu Akbar," ' Cone replied.

As he laid out what happened, Cone lauded the soldiers on-scene who struggled mightily to help others. "In talking to many of the soldiers in the hospital last night," Cone said to Smith, "they reported almost a very calm and measured approach by the gunman, who went around and, in some cases, talked to one young man who was shot four times, and by the same shooter. And then when he thought -- he said, 'I made the mistake of moving, and I was shot again.'

"The stories from these young soldiers ... (they were) really remarkable in terms of their reaction. A young lady who realizes that her battle buddy is hurt takes her blouse off, ties a tourniquet, carries the guy outside, gets him to safety and then realizes she herself is shot. Talking to most of these kids, I said, "Did it hurt, etc.,' and they said, 'All we could think of is getting out of there.' So, pretty good reaction, I think."

Cone also discussed what's ahead for the base now, and how the gunman was shot and captured: