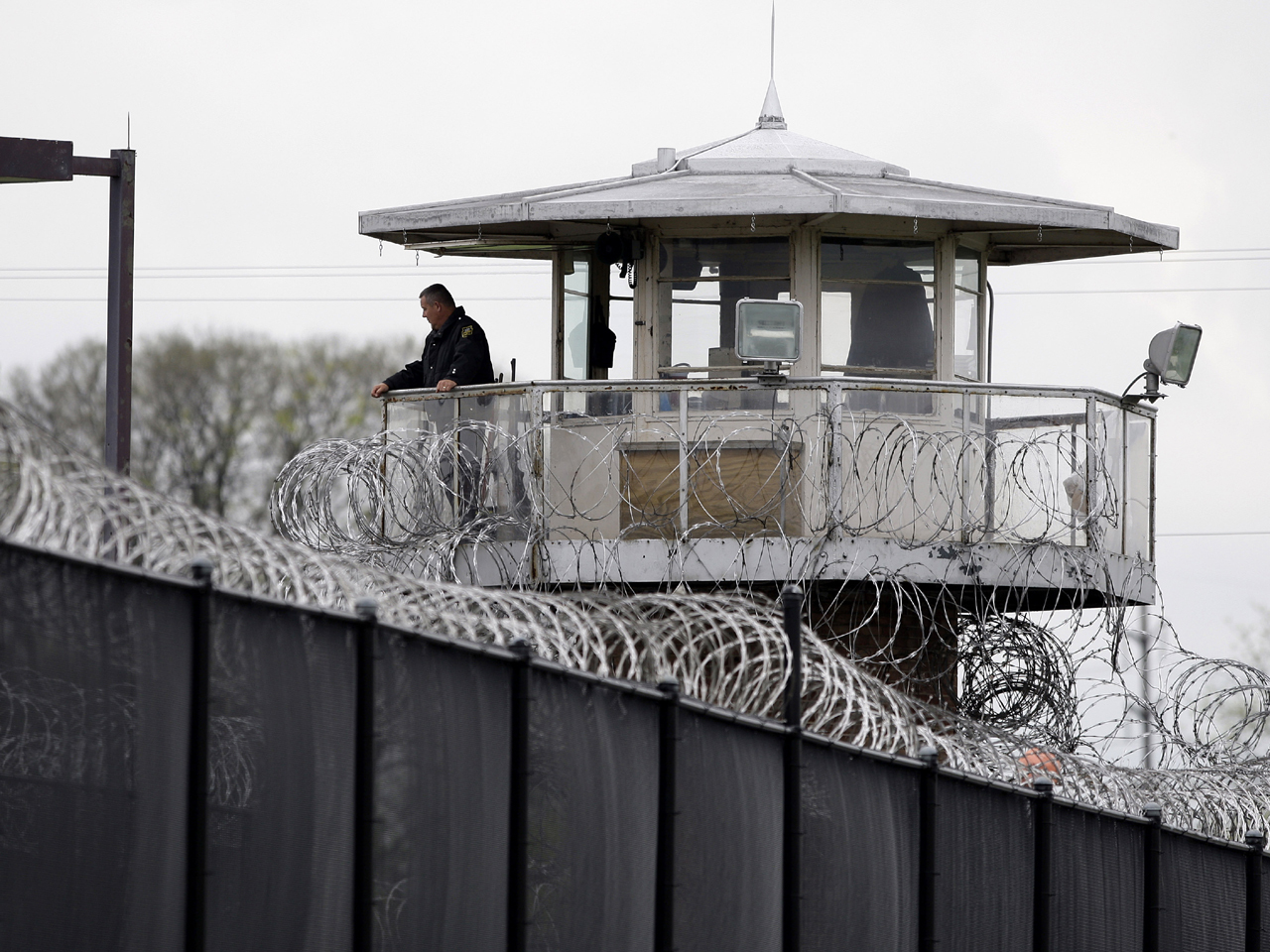 HARRISBURG, Pa. Jerry Sandusky will walk into state prison with little more than a watch and wedding band. He'll be able to work a 30-hour week to make a few dollars. He'll be able to watch Penn State football but not violent movies.

If the former Penn State defensive coach is sentenced Tuesday to a long state prison term, he will find himself far removed from the comfortable suburban life he once led, placed under the many rules and regulations of the Pennsylvania Department of Corrections.

Even Sandusky's own attorney believes that whatever sentence he gets, at age 68 Sandusky will likely live out his days inside a state prison. Prison officials, written policies and former offenders provided a detailed look to The Associated Press about the regimented life behind bars that Sandusky faces.

Sandusky has been housed in isolation inside the Centre County Correctional Facility in Bellefonte since his conviction in June on 45 counts of child sexual abuse, and he has spent his days reading and writing, preparing a statement for sentencing and working out twice a day, defense attorney Joe Amendola said.

"Jerry is a very likable guy — he gets along with everybody," Amendola said last week, as he worked with Sandusky to help get his affairs in order, including a power of attorney and updated will. "He's a model inmate. He doesn't cause problems, he's sociable, he's pleasant."

Assuming Judge John Cleland gives him at least two years — the minimum threshold for a state prison sentence — Sandusky's first stop will be the Camp Hill state prison near Harrisburg, where all male inmates undergo a couple weeks of testing to determine such things as mental and physical health, education level and any treatment needs.

Prison officials will assign him a security level risk and decide which "home prison" to send him to.

Although Sandusky's home in the Lemont area of State College is only a couple miles from Rockview state prison, there is no way to predict where he will end up.

The roughly 6,800 sex offenders are scattered throughout the prison system, which has no special units for them. Treatment is available for sex offenders, and those who hope to be paroled must participate.

"My guess is he'll wind up in a minimum-security facility, and probably a facility for nonviolent people," Amendola said.

A convicted sex offender who spent 10 years in prison, and who works with other released sex offenders through the Pennsylvania Prison Society, said Sandusky won't be able to keep a low profile.

"You can have some control over how obscure you are as a prisoner," said the 52-year-old man from the Philadelphia suburbs, who spoke to the AP on condition of anonymity because of the stigma attached to sex offenses. "You can either make yourself standout, or you can stay closer to the woodwork. There's no hiding that man."

The state will provide him with clothes, shoes and bedding, and the first set of toiletries. He'll be able to bring a wedding ring without gemstones, a basic watch worth $50 or less, eyeglasses and dentures. Sandusky uses a machine for sleep apnea and takes medications.

State prison menus rotate monthly, and two of the three daily meals are hot. Exercise rules vary, but inmates generally spend an hour or more a day in the yard, which might entail walking, playing ball or lifting weights. If he's at a prison that allows baseball or softball, the bat has to be tethered and secured to the backstop. In the kitchen, knives also are tethered.

Inmates can buy a television with a 13-inch screen for their cells, at a cost of about $275, with prison-designed programming of about 15 channels that costs some $15 a month. The channels include the networks but no R-rated movies or shows with a lot of violence.

He'll be able to watch college football, including Penn State, when the games are broadcast on ESPN or another major network.

"A lot of guys live for it," said the man who works with released sex offenders. "Football season is huge."

Sandusky, a regular attendee at a Methodist church in State College, will be able to go to religious services.

There's also a shared television in the day room, a common area where inmates congregate when not confined to their cells. The guards usually decide what channel to have it on. Cards are popular, as are dominoes and board games.

If he has a musical bent, Sandusky will have a list of approved instruments to choose from for purchase.

Sandusky, who has a master's degree, will be encouraged to work, and most inmates do, although it's not technically mandatory. An inmate's first job is often in the kitchen or doing janitorial work, while more coveted occupations include maintenance, landscaping, clerical work or tutoring.

The pay barely covers the cable bill: 19 to 51 cents an hour, with a 30-hour work week. Some of that money may go to pay fines or costs, or toward the $10 co-pay for a doctor visit.

If people on the outside put money on his account, it also can be deducted to pay any fines and costs.

For those who can afford it, the commissary sells snacks, cigarettes and toiletries. He'll be able to have books and magazines sent to him inside prison, but if personal property starts to pile up, officials will direct him to box it up and send them home.

Most Pennsylvania prison cells are designed for two people, but it's possible he could end up in his own cell or in a small dormitory.

Visiting rules vary by institution, but all visits last at least an hour, and facilities generally allow two or three visits per week, with five to eight visitors allowed at once. Inmates can have up to 40 people on their visiting list.

There's another possibility for Sandusky, said Bill DiMascio, executive director of the prison society: They could swap him for an inmate in another state.

"They might even put him in a federal prison," DiMascio said. "They have some other options."

If Sandusky writes a book, state law will prevent him from making any money off of it.