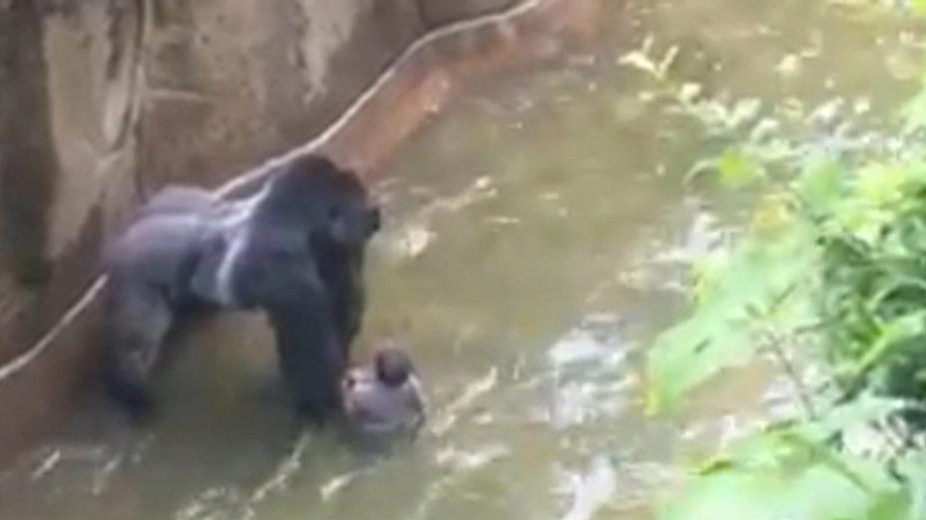 When a 400-pound gorilla grabbed a 3-year-old boy at the Cincinnati Zoo, the sharpshooter who killed the ape wasn't from the police. Instead, the shooter was a specially trained zoo staffer on one of the many dangerous-animal emergency squads at animal parks nationwide.

The teams train at firing ranges, stash rifles and shotguns around the grounds, and rank the most hazardous species in their care. Members train in elaborate drills for situations like what unfolded in Cincinnati, when the child fell into the gorilla's enclosure Saturday. The staffer who fired hasn't been publicly identified.

It's a weighty commitment for people who work among animals they might one day have to kill. But team members understand the need to do it if a human life is in danger.

"We all know, every day that we go to work, that we are responsible for the safety of not only the animals in our care, but our co-workers and the visiting public," said Denise Wagner, a member of the response team at the Phoenix Zoo, where she's a senior primate keeper focused on orangutans. "We take that responsibility very seriously."

The Cincinnati gorilla's death has created crosscurrents of outrage over the vigilance of both the zoo and the child's mother. But it also has highlighted the unusual work of zoos' emergency-response teams.

The federal Animal Welfare Act, which regulates zoos, doesn't require such teams. But many animal parks establish them as part of gaining accreditation.

The Phoenix Zoo's dangerous animals response team - or DART - takes annual marksmanship tests, trains at the firing range three additional times a year, and practices loading and unloading firearms, Wagner said. The group also simulates an escape or incursion several times a year, with plastic guns and the animal played by a staffer well versed in that species' behavior.

The roughly 30-member team of zookeepers and operations staffers hasn't had to respond to an actual emergency in at least 12 years, Wagner said. But members regularly serve as extra protection when a "code red" animal - the most dangerous species, such as big cats - is going to the veterinarian after being tranquillized.

While some DART teams encompass staffers ranging from maintenance workers to veterinarians to security staffers, the Brookfield Zoo near Chicago has its own police force trained to take down an animal.

When to shoot comes down to whether an animal is a danger to someone, whether it's moving toward the zoo's boundaries and whether it could be stopped by a tranquilizer, said Bill Zeigler, a senior vice president. Zoos also tell dangerous-animal teams to consider whether they can fire without hitting other people.

The Cincinnati Zoo has said tranquillizers wouldn't have worked quickly enough to end the danger to the boy, who suffered scrapes but was rescued.

Zoos say the use of lethal force is rare, and there are only a few examples over the past couple of decades of animals being shot to death. One incident came a week before the Cincinnati case in Santiago, Chile, when zookeepers shot and killed two lions after they severely mauled a man who stripped naked and entered their enclosure in an apparent suicide attempt.

The zoo director said no fast-acting tranquilizers were available to stop the lions from mauling the man.

"While it is unfortunate that incidents such as this one unpredictably occur, human safety must come first," the World Association of Zoos and Aquariums said, calling such events "incredibly rare."

Tranquilizers, in addition to being slow-acting, aren't a guaranteed alternative to deadly force. In March, Cincinnati's team used tranquilizer darts on two polar bears that wandered from their den into a service hallway after two doors were left open. One bear required a second dart after the first one "detached," according to a review by the U.S. Department of Agriculture, which enforces the Animal Welfare Act.

Some animal parks, especially in cities, turn to local police.

But that's not feasible for some zoos in rural areas police can't quickly reach, such as the North Carolina Zoo, outside Asheboro. It relies instead on a roughly 15-person "weapons team," said member Jennifer Ireland, a mammals curator. Qualifications include gun-loading skills and twice-annual target-shooting tests; a drill might entail pretending a lion on the loose has injured people.

Ireland manages the care of animals including polar bears and chimpanzees, which the zoo classifies as potentially deadly (gorillas are deemed only "dangerous" because they're less likely to attack people). Being on the weapons team is an expectation of her job, but not an easy one.

"I have relationships with these animals, and to think that I might have to go out there and shoot them someday to save someone's life really kind of stinks," she said. "But we all accept that."

The North Carolina Zoo's team includes only senior animal-care staffers because of their knowledge of animal behavior, Ireland said.

But at the Columbus Zoo in Ohio, animal care workers could join an initial response but wouldn't be asked to shoot an animal because of the emotions involved, said Doug Warmolts, a vice president.

His zoo's special response team includes about two dozen security staffers and other employees. Their arsenal features not only firearms, but also paintball guns, noisemakers and even fire extinguishers to scare an animal away.

To People for the Ethical Treatment of Animals, the fact that zoos feel the need for sharpshooting teams "is yet more proof of how dangerous and unnatural a captive environment is for animals," said Brittany Peet, a deputy director of the animal rights group's foundation.

Zoos stress that killing an animal is a last resort.

The "retro-future" of "The Jetsons"