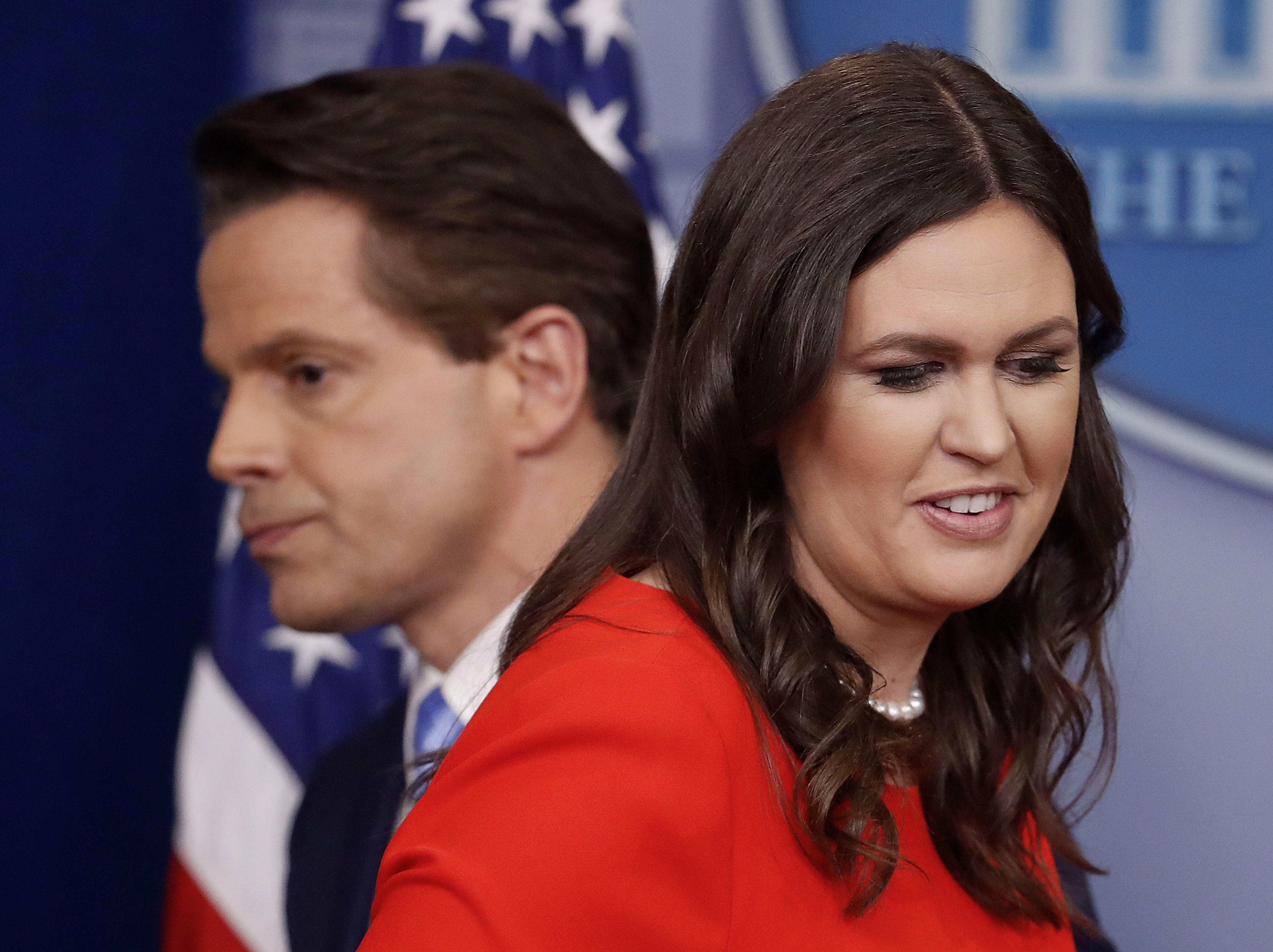 Incoming White House press secretary Sarah Huckabee Sanders said President Trump's administration will work to implement his new ban on transgender people in the military lawfully, but she did not supply details on if, how or when transgender service members will have to leave their posts.

Sanders told reporters at a White House press briefing on Wednesday that the White House and Department of Defense would work out the details after Mr. Trump surprised the political and even military worlds with the major policy shift, announced in tweets. The new ban leaves many questions unanswered, including what happens to current transgender troops; will they have to self-report their status and leave the military?

Sanders also offered no timeline for implementing the policy.

It's unclear how much the White House consulted -- or if it consulted -- lawyers or the broader military community before Mr. Trump announced the ban. The Pentagon has referred all questions back to the White House. Sanders repeatedly insisted that the president made the "difficult" decision after speaking with his national security team, and that he did so in the interest of "military readiness."

"The decision is based on a military decision," Sanders said. "It's not meant to be anything more than that."

The administration is already facing legal threats. OutServe-SLDN, which offers legal services to LGBT military personnel, has threatened to take the president to court if he pursues the policy. Other groups, including the American Civil Liberties Union (ACLU), are also pushing back against the announcement.

Former Defense secretary Ash Carter ended the ban on transgender people serving openly in the military last year, but permitted a one-year review process for the Pentagon to figure out how to accept new recruits.

Mr. Trump's policy announcement came shortly after the House of Representatives rejected an attempt to ban the Department of Defense spending on gender reassignment surgery, in a 209-214 vote, with two Republicans joining Democrats to kill it.

The ban on transgenders in the military seems to contradict Mr. Trump's previous tweets supporting the LGBT community during the 2016 campaign, when he said he would "fight for you while Hillary (Clinton) brings in more people that will threaten your freedoms and beliefs."