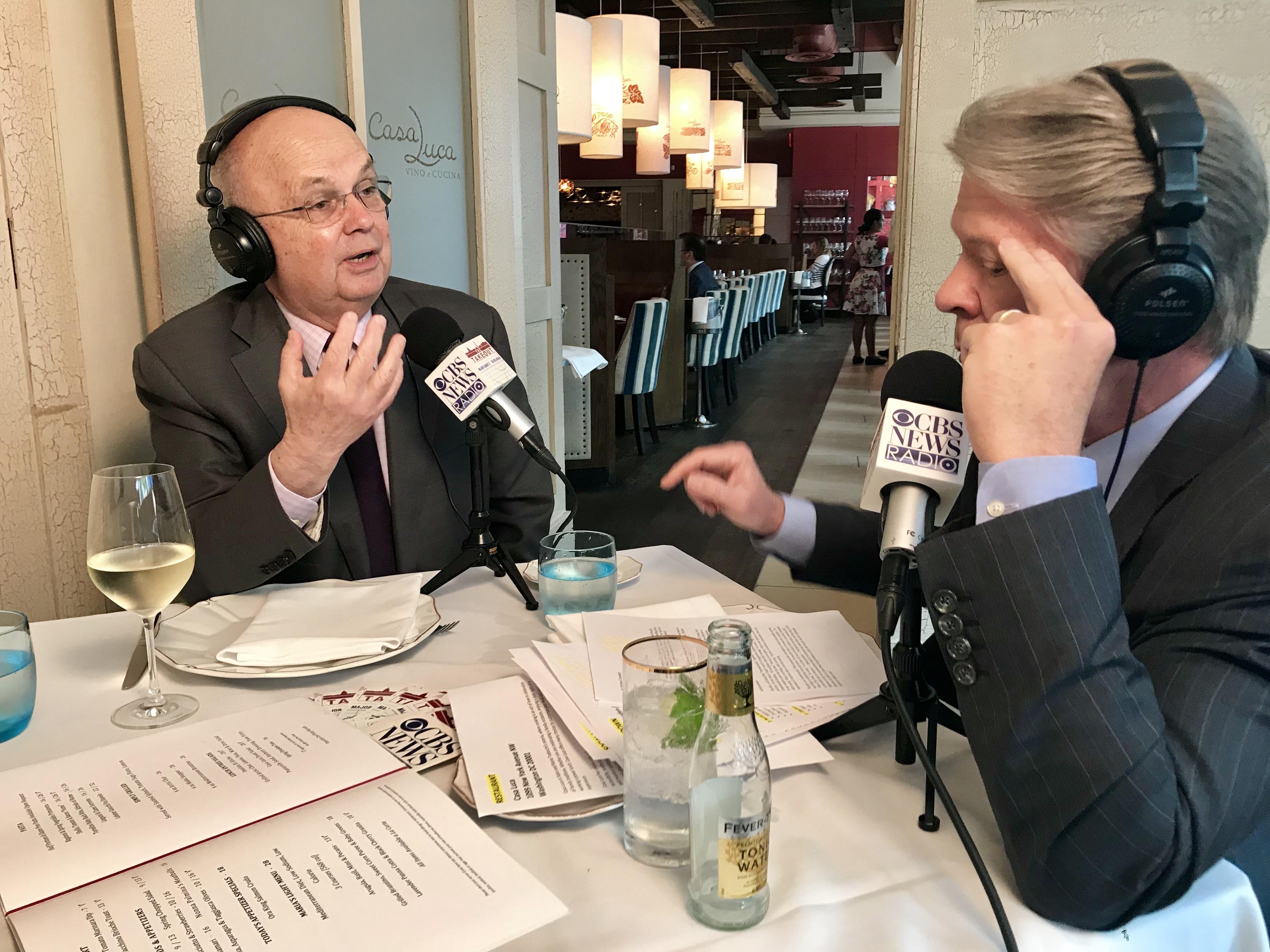 General Michael Hayden, a veteran of the U.S. intelligence community, thinks President Trump is showing signs of success in his attempt to coax North Korean leader Kim Jong Un to "denuclearize" the Korean peninsula but says there is still a long road ahead.

"With our current policy, the one he inherited, we knew we were headed to a dark place," Hayden, who served in the U.S. Air Force for four decades, told Major Garrett on the latest episode of "The Takeout." "My definition was, within our current definition of acceptable risk, this is going to be unhappy."

The solution, Hayden said, was to change the "definition of acceptable risk."

"So the president did that. Good on him."

After weeks of negotiations about where and when to host a proposed summit between President Trump and North Korean leader Kim Jong Un, in addition to the return of three Americans detained in North Korea, and at least two direct conversations between Secretary of State Mike Pompeo and Kim, Mr. Trump tweeted the final date and place for the summit with Kim: June 12 in Singapore.

Administration officials including the president himself are open to the possibility that the meeting might not happen at all, given the North's threats Wednesday to cancel the summit. The White House, however, insists that the president remains hopeful and ready for the summit.

So, what would be considered an achievement to come from the summit? "There may be some ceremonial things," Hayden told Garrett, "but these guys aren't going to zero for a very, very long time," suggesting that total denuclearization wouldn't or couldn't be carried out immediately.

"A good deal, a good meeting - everyone smiles, everyone shakes hands, everyone agrees in principle, and then you let the pros go start the negotiations."

Asked if he has any concerns that the talks will fall through and President Trump will want to resort to military action, Hayden said he wouldn't blame the president for that scenario, but he does bear responsibility for the structure of the meeting.

"I can just blame this on the dynamic. When you start at the chief executive level, and if it doesn't go well, there are very few visible off-ramps other than getting real tough. To be fair to the president, this is high risk, high reward."

Hayden's new book, The Assault on Intelligence: American National Security in the Age of Lies, examines the "post-truth" era he believes we are living in, and its sharp distinction from the data and science driven era of Enlightenment.

For more of Major's conversation with Hayden, download "The Takeout" podcast on Apple Podcasts, Google Play, Stitcher,  or Spotify. New episodes are available every Friday morning.