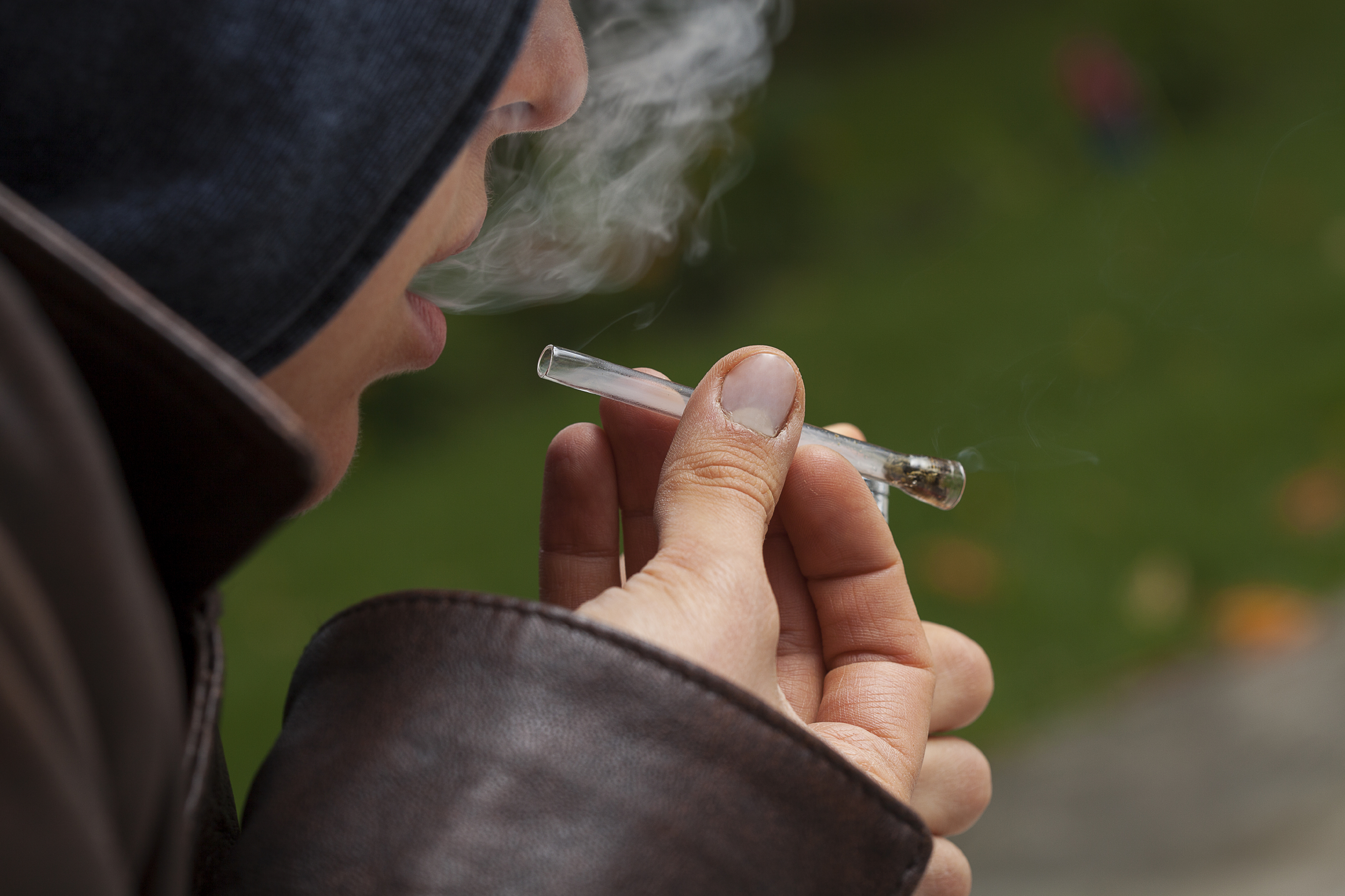 MEXICO CITY - Once upon a time, Mexican marijuana was the gold standard for U.S. pot smokers. But in the new world of legal markets and gourmet weed, aficionados here are looking to the United States and Europe for the good stuff.

Instead of Acapulco Gold, Mexican smokers want strains like Liberty Haze and Moby Dick - either importing high-potency boutique pot from the United States, or growing it here in secret gardens that use techniques perfected abroad.

It's a small but growing market in a country where marijuana is largely illegal, unlike the U.S. states of Colorado and Washington that have legalized recreational use, and others where medicinal pot is available.

A text message will bring a Mexico City dealer to the customer's doorstep with a menu of high-end buds for sale at the swipe of a credit card through a smartphone reader. Hydroponic shops have sprung up that supply equipment to those who want to cultivate potent strains in sophisticated home-grown operations. Some even are setting up pot cooperatives to share costs like high electrical bills and swap what they grow with each other.

"I know people who are architects, executives, lawyers ... who went to the United States or Europe," said Antoine Robbe, the 35-year-old, French-born proprietor of Hydrocultivos, one of the shops. They say, "'Man, why don't we have this in my country?'"

So far, reports of U.S.-grown marijuana making its way south have been only anecdotal but enough to raise concern, according to Alejandro Mohar, a Mexican physician and member of the U.N. International Narcotics Control Board.

A U.S. Drug Enforcement Administration official told NPR in December that Mexican cartel operatives were smuggling in high-end U.S. marijuana to sell to wealthy customers, though there's no sign so far of a massive southward trade. The DEA declined to comment further in response to a request from the AP.

In Mexico City, several people said they have seen freezer-size bags of marijuana here labeled as being for medicinal use in Los Angeles.

Mexico allows people to carry up to 5 grams of pot for personal use but bans sale and growing. Historically, there has been little social tolerance for pot use, with "marijuanos" stigmatized as slackers or supporters of the deadly drug trade.

Mexico growers say their home-cultivation phenomenon is removed from the grisly narco-wars that have wracked the country. In fact, growing and swapping among themselves, they contend, allows them to avoid supporting the cartels.

"I'm not a narco, dude. I just like to smoke," said Daniel, a goateed 32-year-old living in the bohemian Roma neighborhood. He spoke on condition that his last name not be used because, he said, his home-grow operation is "super-illegal" despite being for personal use only.

Mexican law provides for prison sentences of up to 25 years for people convicted of producing, trafficking or selling drugs.

Home growers say they are forming cooperatives to share the costs of the indoor-gardening gear and high electric bills and swap harvests with each other, many building their club model with skills first imported by foreigners.

Last year, Homero Fernandez, a 29-year-old event promoter, teamed up with about a dozen people to form a pot club, each paying about $200 to buy a hydroponic grow kit now tended to by one of the members.

Today the club has about 50 to 60 plants that produce enough sativa buds to satisfy the members, some of them heavy smokers, who are able to purchase an ounce of high-end pot for between $95 and $130, less than half of what they'd pay a dealer.

The end result is pot with around 15 to 20 percent THC, the high-generating component of marijuana, compared to 3 to 8 percent in the Mexican "brick weed" more commonly sold here and north of the border. Some people are also producing concentrates with 60 to 99.6 percent THC, the strongest of which are too powerful to be smoked in a pipe or joint.

"It comes out much cheaper than paying for even regular pot ... and the quality is much higher," said Fernandez, who wore his Ray-Ban shades indoors and sported a white T-shirt emblazoned with the letters "THC." ''What gets produced is exclusively for us. Nothing more, and it doesn't get sold outside" the club.

The market for gourmet weed is still minuscule next to the multibillion-dollar marijuana export trade dominated by the cartels. According to DEA statistics, seizures along the border last year accounted for more than 2.2 million pounds (1 million kilograms) of pot.

The hydroponic shops don't sell seeds or pot and thus stay on the right side of the law. Like others, Daniel ordered seeds online from a company in Spain, opting for a U.K-originated strain known as Exodus Cheese. The precious cargo arrived by mail nine days later in envelopes resembling teabags inside a tiny, discreetly labeled tin.

"The United States, with this boom of regularization and this boom of legal marijuana, all that arrives here and has an impact on cannabis culture."