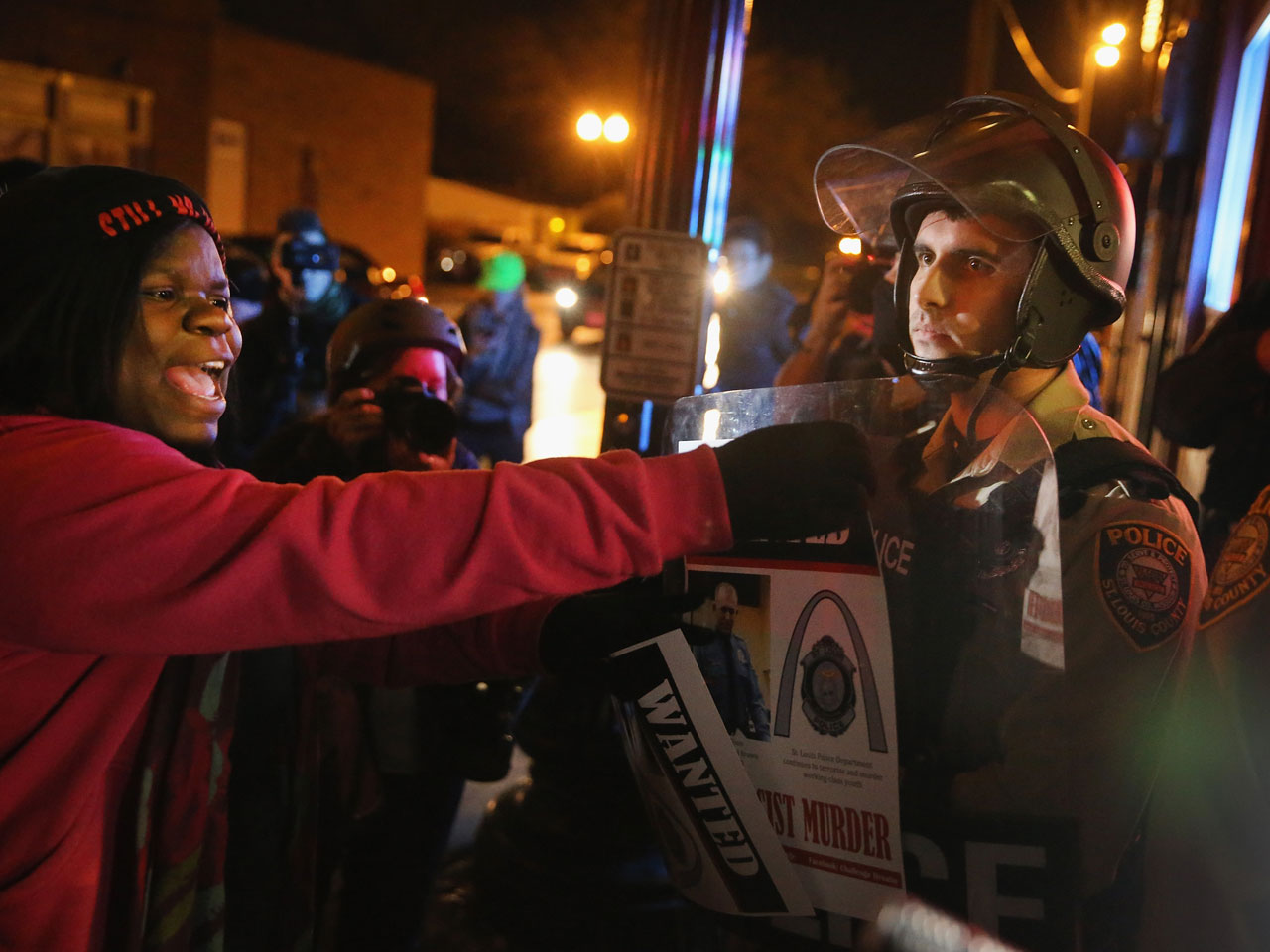 Two days after 12-year-old Tamir Rice was shot by a police officer, protesters took to the Cleveland streets, chanting the boy's name interchangeably with the rallying call of a small town more than 500 miles away.

The phrase "Hands up, don't shoot" began with protestors in Ferguson, Missouri following the August 9 death of unarmed teen Michael Brown at the hands of white police officer Darren Wilson, and has since been used in protests across the country against excessive use of force by police.

The two cities aren't just linked by the rallying cry. Long before Brown's and Rice's deaths, both departments faced suspicions from residents that local police had engaged in repeated civil rights violations. Cleveland, home to 390,000, and Ferguson, population 21,000, are the only two jurisdictions in the nation with police departments that are subject to open investigations by the U.S. Department of Justice for such patterns.

The Cleveland investigation launched in March 2013, following a number of high profile use of force incidents; Ferguson's began this September. In both cases, the Justice Department received numerous requests from community members before launching the probes.

The 58-page report was stinging.

Cleveland police are too quick to grab their guns, the report said, citing instances when officers fired at fleeing cars and people who may not have been threats, often without concern for bystanders.

Among the cases noted in the report was a notorious incident in December 2012, when a high-speed car chase ended with 13 Cleveland cops firing 137 shots into a vehicle. Two people, both apparently unarmed, were killed.

In another incident, aerial surveillance captured a group of officers kicking a man's head after he had already surrendered and was lying on the ground.

"None of the officers involved had written a report as to either using or witnessing any force at all," the Justice Department said.

The report also found that police in Cleveland often lack proper use-of-force training and some supervisors discourage officers from notifying them when they do use force -- a practice the report harshly criticizes.

The report describes what policing expert Samuel Walker called a "troubled departmental culture" in a recent interview with 48 Hours' Crimesider.

"They've got some deep-seated problems," said Walker, a criminal justice professor at the University of Nebraska who has written multiple books about policing. 48 Hours' Crimesider spoke with Walker on Nov. 26, four days after Tamir Rice was gunned down less than two seconds after rookie cop Tim Loehmann exited his squad car. Rice was holding an imitation gun at the time. Though the Justice Department's investigation predates Rice's death, Walker said the case is indicative of why federal intervention is needed.

When the Justice Department finds that a police department has engaged in a pattern and practice of civil rights violations, the city and federal government must agree to a so-called "consent decree," which requires a series of reforms. Cleveland will be required by the federal government to submit to a consent degree.

If the findings in Ferguson are similar to Cleveland, it will join a growing list of cities subjected to consent decrees.

In the late 1990s and early 2000s, Walker was a key architect of one of the major reforms the Justice Department usually institutes, an Early Intervention System, which identifies officers with histories of questionable behavior and addresses issues they may have in their training.

"You crunch the numbers, and at the far end you've got a small group of officers whose conduct appears to be far worse than their peers," Walker said.

Cleveland already has its own version of an Early Intervention System, but the Justice Department found that it is "ineffective and poorly utilized."

In the days after Rice's death and before the Justice Department's report came out, Cleveland police were harshly criticized for failing to recognize issues in Loehmann's background. The officer had previously worked for the police department in nearby Independence, Ohio, but left after five months on the job.

In his Independence personnel file, supervisors described him as a "distracted and weepy" officer who failed to follow orders during firearms training.

Although Tamir Rice's death was not taken into consideration in the Justice Department investigation, it will be considered as Cleveland and the federal government work toward an agreement, CBS News reported Thursday.

"These are things that don't just apply to before Michael Brown died. They occurred in the last week," said Lieberman, who works with the non-profit Advancement Project and has participated in multiple meetings in Ferguson with the Justice Department.

Key to all consent decrees agreed to during Holder's tenure as Attorney General is an emphasis on so-called "community policing," a strategy that promotes partnerships between police departments and neighborhood groups to solve public safety problems.

In a September speech to the U.S. Conference of Mayors, Holder invoked Ferguson while promoting community policing principles.

"Community policing simply works. Strong relationships, founded on mutual respect, can result in enhanced cooperation between local residents and law enforcement officials," Holder said. "And renewed trust in the fairness of criminal justice proceedings, even when citizens disagree with particular outcomes, can result in safer neighborhoods."

Taking his cue, many police departments facing the potential of a Justice Department investigation preemptively adopt community policing reforms. New York City - which this week saw its own widespread protests in response to a grand jury's decision not to indict a white officer in the killing of Eric Garner, an unarmed black man - is one such department.

On Thursday, New York City Mayor Bill de Blasio announced a series of changes in department policies and practices. De Blasio was elected last year after a campaign in which one of his central platform promises was to reform a police department that had a long history of civil rights complaints, including a 2013 federal court ruling that found its "stop-and-frisk" policy unconstitutional. In September, a group of U.S. representatives from New York City requested that the Justice Department launch a civil rights investigation.

Though the city is not currently under a patterns and practice investigation, the Justice Department announced Wednesday that it has opened a case looking into Garner's death.

"There's real ground for skepticism ... but my response is these are wholesale changes that are for the better, especially on police use of deadly force."