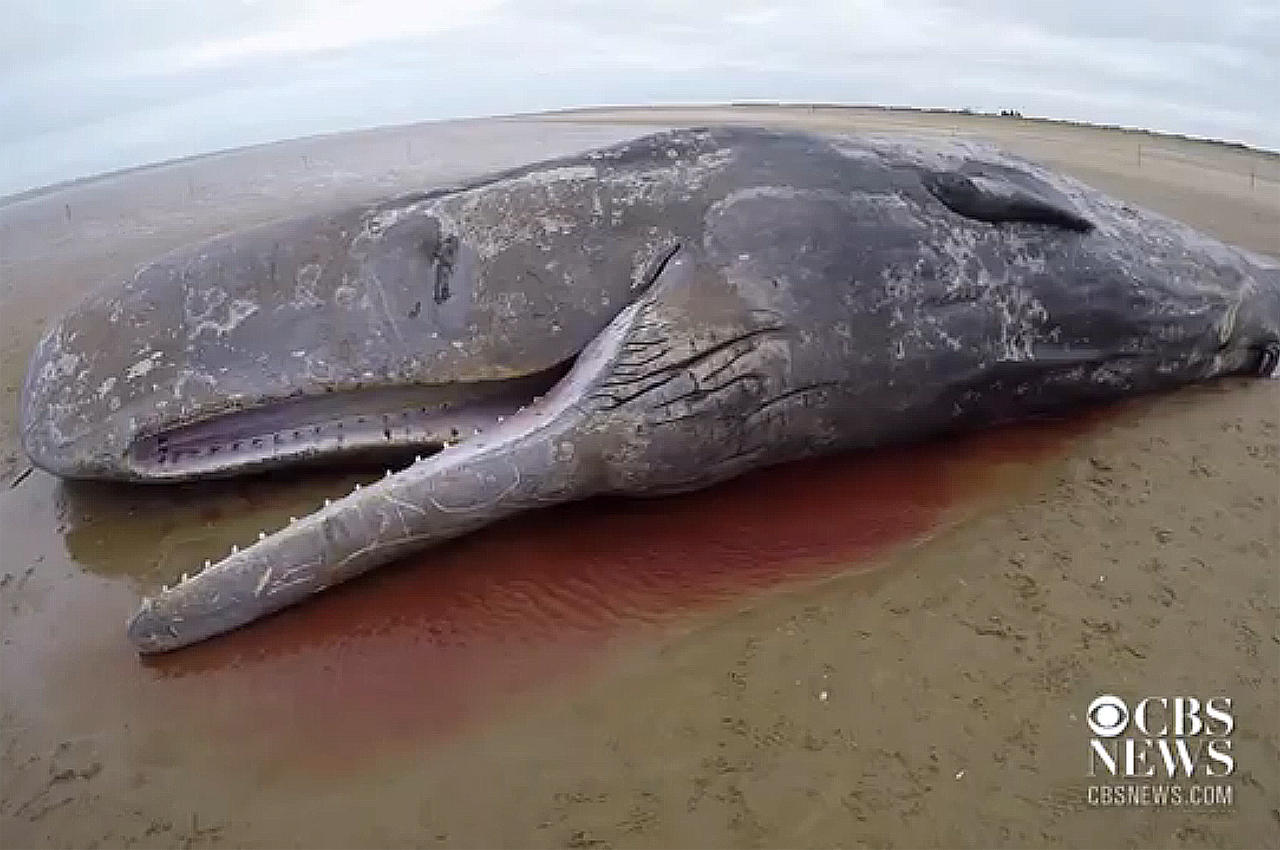 LONDON -- A team of scientists examines the body in a windowless lab, trying to establish a cause of death. They lean over the gurney, measuring wounds and abrasions, taking photos, and scribbling notes. Nothing is immediately clear, but there may have been an attack.

“Ready for the cutting?” asks the lead investigator, lifting his scalpel.

The scene plays out like an autopsy from your average Crime Scene Investigation drama, but this is no ordinary procedure: The deceased in question is a dolphin, and the scientists are part of the Cetacean Strandings Investigations Program (CSIP), a unit that works to determine how and why whales, dolphins, porpoises, marine turtles, and basking sharks strand along the U.K. coastline.

Samples from the autopsy are sent away for analysis, and when the results come back, it’s a clear-cut case: The dolphin died because parasites invaded its stomach and lungs.

But the jury is still out on one of the team’s biggest mysteries.

The beginning of 2016 saw the largest ever mass-stranding of sperm whales on U.K. and European beaches. As many as 31 whales washed up along North Sea shores during a six-week period in the biggest “unusual mortality event” in the region in several hundred years.

Speculation was rife: Did human activity cause the whales’ deaths?

“To have that number (strand) in that short space of time is hugely unusual,” CSIP Project Manager Rob Deaville, the lead scientist on necropsies (animal autopsies), tells CBS News.

In Germany, photos were published showing large amounts of trash -- plastic and netting -- that had been taken from the dead whales’ stomachs, and some media reports suggested pollution was the culprit.

But Deaville says it was a false lead.

“They had not starved to death. So actually, even though it looks quite dramatic in the pictures, I think we would consider it as an incidental finding; it didn’t contribute to the overall cause of the mass stranding,” he says.

A timeline of events leading up to the moment of death was constructed, and the latter part was relatively clear. The deep-sea creatures swam into shallow water, where it would have been difficult for them to feed and where their bio sonar, meant to steer them in great depths, would have become confused.

Lost and hungry, they then stranded on the beach, where they were most likely alive until the dry air and hot sun finished them off.

The mystery, Deaville said, was why the whales entered the shallow North Sea in the first place, and why they did so in such numbers.

“I don’t want to get drawn into speculation, to be honest, because there’s lots of stuff in the media about it, you know, from the obvious candidates of naval sonar, seismic exploration, climate change, el Nino, movement of prey to some very esoteric theories like the Large Hadron Collider or some other odd things out there,” Deaville said. “The thing is, everyone’s got a theory and at this stage we’re still keeping an open mind about what might or might not have been going on.”

So the work continues for the deep-sea detectives, until the case is closed -- or another body washes up on the beach.