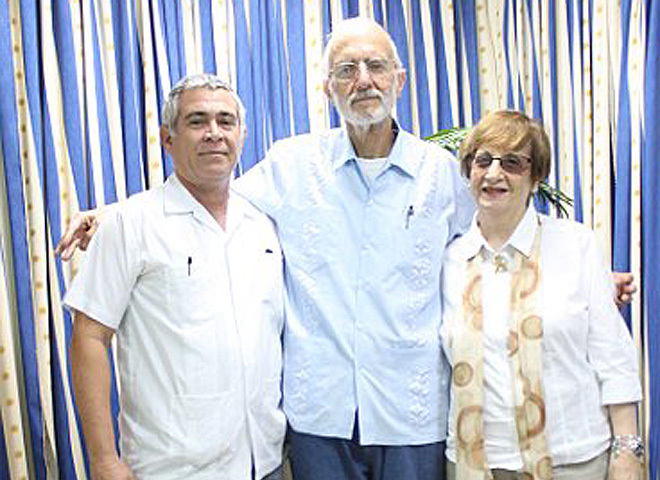 White House spokesman Jay Carney said President Obama is “personally engaged” in working toward the release of Alan Gross, a U.S. government contractor who has been imprisoned in Cuba since 2009. But Carney said he was not sure if the president had read a letter from Mr. Gross pleading for assistance in securing his release on the fourth anniversary of his imprisonment.

“We reiterate today our call for the Cuban government to release Alan Gross. Mr. Gross's detention remains an impediment to more constructive relations between the United States and Cuba,” Carney said during Tuesday’s White House briefing. “The president has himself personally engaged foreign leaders and other international figures to use their influence with Cuba to promote Mr. Gross's release. The State Department has kept Mr. Gross's case at the forefront of discussions with the Cuban government and made clear the importance the United States places on his welfare. They have also engaged a wide range of foreign counterparts and urged them to advocate for Mr. Gross's release.”

Secretary of State John Kerry, who’s attending meetings in Brussels, Belgium, told reporters Tuesday that the U.S. has had “any number” of outreaches to Cuban officials and added that the U.S. is “currently engaged in some discussions” but refused to provide any more detail.

“These things are often best resolved in quiet diplomacy, under the radar screen, behind the scenes, and that is exactly what we have been pursuing,” Kerry said.

Meanwhile, Gross, who was arrested in Havana on Dec. 3, 2009 while working covertly on programs to promote democracy in the Communist-run country,wrote Mr. Obama a letter from his jail cell saying he feared the government had “abandoned” him.

“Officials in your administration have expressed sympathy and called for my unconditional release, and I very much appreciate that. But it has not brought me home. It is clear to me, Mr. President, that only with your personal involvement can my release be secured.  I know that your administration and prior administrations have taken extraordinary steps to obtain the release of other U.S. citizens imprisoned abroad – even citizens who were not arrested for their work,” the letter said.

Carney said he didn’t know if the president had seen the letter, but that the White House was aware of it.