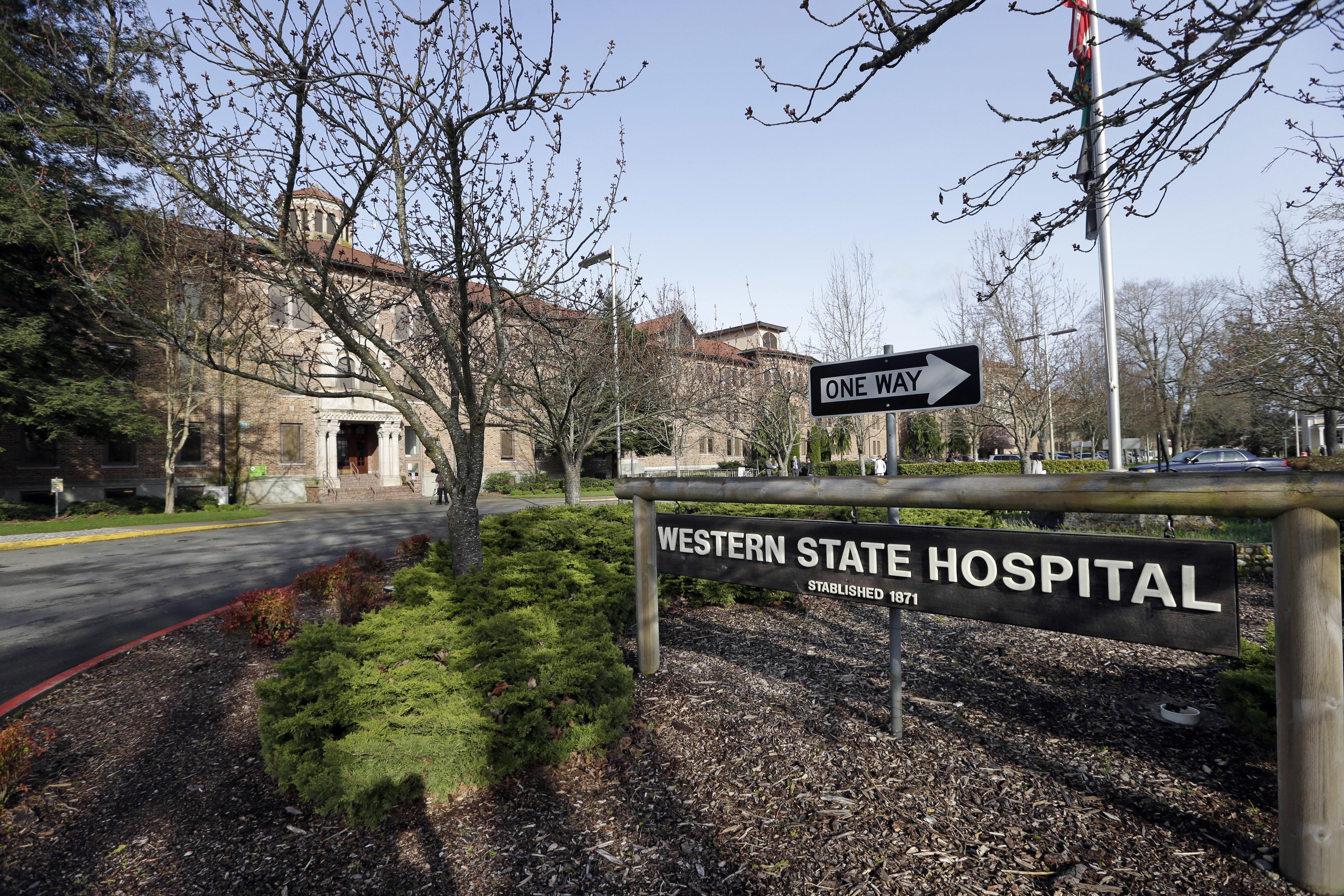 SEATTLE — Behind tall brick walls and secure windows, hundreds of patients at Washington state's largest psychiatric hospital live in conditions that fail U.S. health and safety standards, while overworked nurses and psychiatrists say they are navigating a system that punishes employees who speak out despite critical staffing shortages.

"They don't have enough staff to protect patients, or provide them with the bare minimum of care," said Lisa Bowser, whose mother spent two years at Western State Hospital and suffered dozens of falls and assaults.

"Going there was like going into hell," said Bowser, who has sued the state-run facility. "I honestly thought they would kill her before I could get her out."

U.S. and state regulators for years have found health and safety violations at the 800-bed hospital, ranging from assaults on staff to escapes of dangerous patients, including a man accused of torturing a woman to death. Even after that 2016 escape, a nursing supervisor told The Associated Press that a patient who had been charged with murder and found not guilty by reason of insanity was placed in a less secure ward and the nurse faced retaliation after reporting the danger to non-violent patients.

Despite a shakeup in leadership and vows to correct problems, the hospital continually puts patients at risk, according to a surprise federal inspection. Some didn't get oxygen and blood-sugar checks; injuries weren't properly treated; they were held in restraints too long; and the building remained a fire hazard. Some violations were cited in inspections going back to 2015.

After years of chances, the U.S. Centers for Medicare and Medicaid Services last week stripped the hospital in Lakewood of its certification and federal funding, totaling $53 million a year and about 20 percent of its budget.

Gov. Jay Inslee said he wants the state to change the way it handles the mentally ill with a system that allows some patients to live in smaller facilities but that it's making inroads.

"We have been on a course correction to turn this ship around and we are continuing on that course of improvement," the Democrat told AP.

Bowser's mother, Sharon Struthers, was committed to the hospital for depression in 2014 and stayed through 2015. Bowser said she began to see bruising on her mother's body and found fungus covering her feet.

"They wouldn't bathe her," Bowser said. "She would tell me that another patient hit her."

Bowser said her mother's room was covered with garbage, and she began to suffer falls that broke her arm and hip. Her mother also was sexually assaulted on several occasions, Bowser said.

Staff thought a registered sex offender placed on Struthers' ward was safe around older patients because he was a "child molester, not adult rapist," according to an email that licensed mental health counselor Mark Allen sent to hospital officials and was acquired by Bowser's lawyer.

Allen said the encounter appeared to be between two consenting adults. The problem is Struthers was committed to the hospital because she could not take care of herself, said Bowser's lawyer, James Beck.

Struthers died at a different facility in 2016. Bowser sued Western State Hospital and the state Department of Social and Health Services, which oversees the facility, claiming abuse and neglect.

The agency declined to comment on the allegations, referring questions to the state attorney general's office, which didn't respond to multiple emails and calls.

Health department spokeswoman Kelly Stowe said the agency is working with the governor's office on funding options after the recent inspection cost the hospital federal dollars.

Nursing supervisor Paul Vilja filed a complaint last December after a man who was found not guilty by reason of insanity in the deaths of multiple people was moved from a secure ward into one with limited security.

"I said you are endangering my patients and he's a risk for escape," Vilja told the AP.

The health department agreed with Vilja's concerns, but he was moved to the medical records department within a week. He couldn't work with patients for six months but was recently told he can move back to the ward. Vilja has filed a whistleblower complaint.

Three said they were reprimanded for objecting to management decisions that put patients and staff at risk. Two were fired, and the other was removed from patient care.

Dr. Michael Quayle sued the hospital claiming he faced a hostile work environment after reporting expired and improperly stored meat. A jury awarded him about $550,000 in December 2016.

Dr. Joseph Wainer wrote an editorial in a local newspaper and statement for a court claiming "a systemic culture of retaliation, discrimination and bullying." He was put under investigation and told to leave the hospital.

Dr. Jay Jawad said he objected to a management decision to discharge his patients and faced investigation and loss of his clinical responsibilities.

Wainer and Jawad were later told that the investigations were closed with no findings. They have sued the hospital and the health department claiming retaliation.

The facility has lost 15 psychiatrists in three years with no new hires, according to a hospital worker who didn't want to be named for fear of being fired. And instead of nurses, the institution hired "nurse educators" who don't see patients, the worker said.

Lawmakers have pressed the hospital to create a staffing model that will allow adequate funding for nurses, but the facility keeps asking for overtime funds that are "unaccountable," state Rep. Laurie Jinkins said.