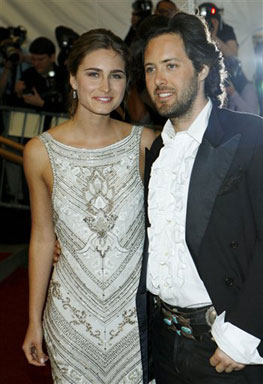 Wen Ho Lee either passed -- or failed -- his first spy-related polygraph, depending upon who was interpreting the results.

As CBS News Correspondent Sharyl Attkisson reports for CBSNews.com, the test was given December 23, 1998 by a Department of Energy (DOE) polygrapher in Albuqerque, N.M., where Wen Ho Lee worked as a top secret nuclear scientist. Because Lee, a Taiwanese-American, had recently been to Taiwan, had visited China in the past, and purportedly had access to America's top nuclear secrets, the FBI focused on him as the prime suspect in the emerging case of alleged Chinese espionage.

The FBI still wasn't close to making an arrest or even beginning an interrogation, but the DOE's head of counterintelligence, Ed Curran, was reluctant to leave Lee in his highly sensitive job in the lab's X-Division, so he ordered the polygraph test. FBI agents were standing by during the DOE test, ready to interrogate Lee if his polygraph answers proved to be deceptive.

"Have you ever committed espionage against the United States?"
Lee's response: "No."

"Have you ever provided any classified weapons data to any unauthorized person?"
Lee's response: "No."

"Have you had any contact with anyone to commit espionage against the United States?"
Lee's response: "No."

"Have you ever had personal contact with anyone you know who has committed espionage against the United States?"
Lee's response: "No."

The polygrapher concluded that Lee was not deceptive. Two other polygraphers in the DOE's Albuquerque test center, including the manager, reviewed the charts and concurred: Lee wasn't lying.

The polygraph results were so convincing and unequivocal, that sources say the deputy director of the Los Alamos lab issued an apology to Lee, and work began to get him reinstated in the X-Division. Furthermore, sources confirm to CBS News that the local Albuquerque FBI office sent a memo to headquarters in Washington saying it appeared that Lee was not their spy.

Several weeks after the polygraph, the DOE decided to assign it the unusual designation of "incomplete." Officials in Washington also ordered a halt to Lee's re-instatement to the X-Division.

When FBI headquarters in Washington finally obtained the DOE polygraph results yet another interpretation was offered: that Lee had failed the polygraph.

The FBI then did its own testing of Lee, and again claimed that he failed. Yet sources say the FBI didn't interrogate Lee at this time, or even tell him he had failed the polygraph -- an odd deviation from procedure for agents who are taught to immediately question anyone who is deceptive in a polygraph.

In early March 1999, the FBI did interrogate Lee. It was the day CBS News broke the story of soon-to-be-released congressional report on alleged Chinese espionage at the labs, and the day before The New York Times printed an article that described Lee as a suspect, without using his name. One investigative source tells CBS News that after this particular day of questioning, the lead FBI agent verbalized that she thought Lee was not the right man.

But others still remained unconvinced.

So on March 7, 1999, the day after the New York Times article, the FBI ordered another interrogation of Lee, this time a "confrontational" style interview.

One special agent doing the questioning told Lee no fewer than 30 times that he had failed his polygraphs, and repeatedly demanded to know why. Here are some selected excerpts:

Lee: "I don't know how to handle this case, I'm an honest person and I'm telling you all the truth and you don't believe it. I, that's it."

FBI special agent: "Do you want to go down in history whether you're professing your innocence like the Rosenbergs to the day that they take you to the electric chair?"

Lee: "I believe eventually, and I think God, God will make it his judgement."

During this time period, Washington officials began leaking to the media that Lee had failed his polygraphs, and that he was "the one" who had given to China information on America's most advanced thermo-nuclear warhead, the W-88. A stunning charge that, in the end, investigators were unable to back up.

One question at hand is how could the exact same polygraph charts be legitimately interpreted as "passing" and also "failing?" CBS News spoke to Richard Keifer, the current chairman of the American Polygraph Association, who's a former FBI agent and used to run the FBI's polygraph program.

Keifer says, "There are never enough variables to cause one person to say (a polygraph subject is) deceptive, and one to say he's non-deceptive...there should never be that kind of discrepancy on the evaluation of the same chart."

As to how it happened in the Wen Ho Lee case, Keifer thinks, "then somebody is making an error."

We asked Keifer to look at Lee's polygraph scores. He said the scores are "crystal clear." In fact, Keifer says, in all his yeas as a polygrapher, he had never been able to score anyone so high on the non-deceptive scale. He was at a loss to find any explanation for how the FBI could deem the polygraph scores as "failing."

The FBI has not explained how or why it interpreted Lee's polygraph as deceptive. When asked for an interview, the FBI simply said it would be "bad" to talk about Lee's polygraph, and that the case will be handled in the courts. The prosecution has not turned over the charts and many other polygraph documents to Lee's defense team. And so far, the prosecution has withheld other key documents, including the actual charts from the DOE polygraph.

Since Lee was never charged with espionage (only computer security violations), the content of the polygraph may be unimportant to his case. But the fact that his scores apparently morphed from passing to failing fuels the argument of those who claim the government was looking for a scapegoat -- someone to blame for the alleged theft of masses of American top secret nuclear weapons information by China -- and that Lee conveniently filled that role.