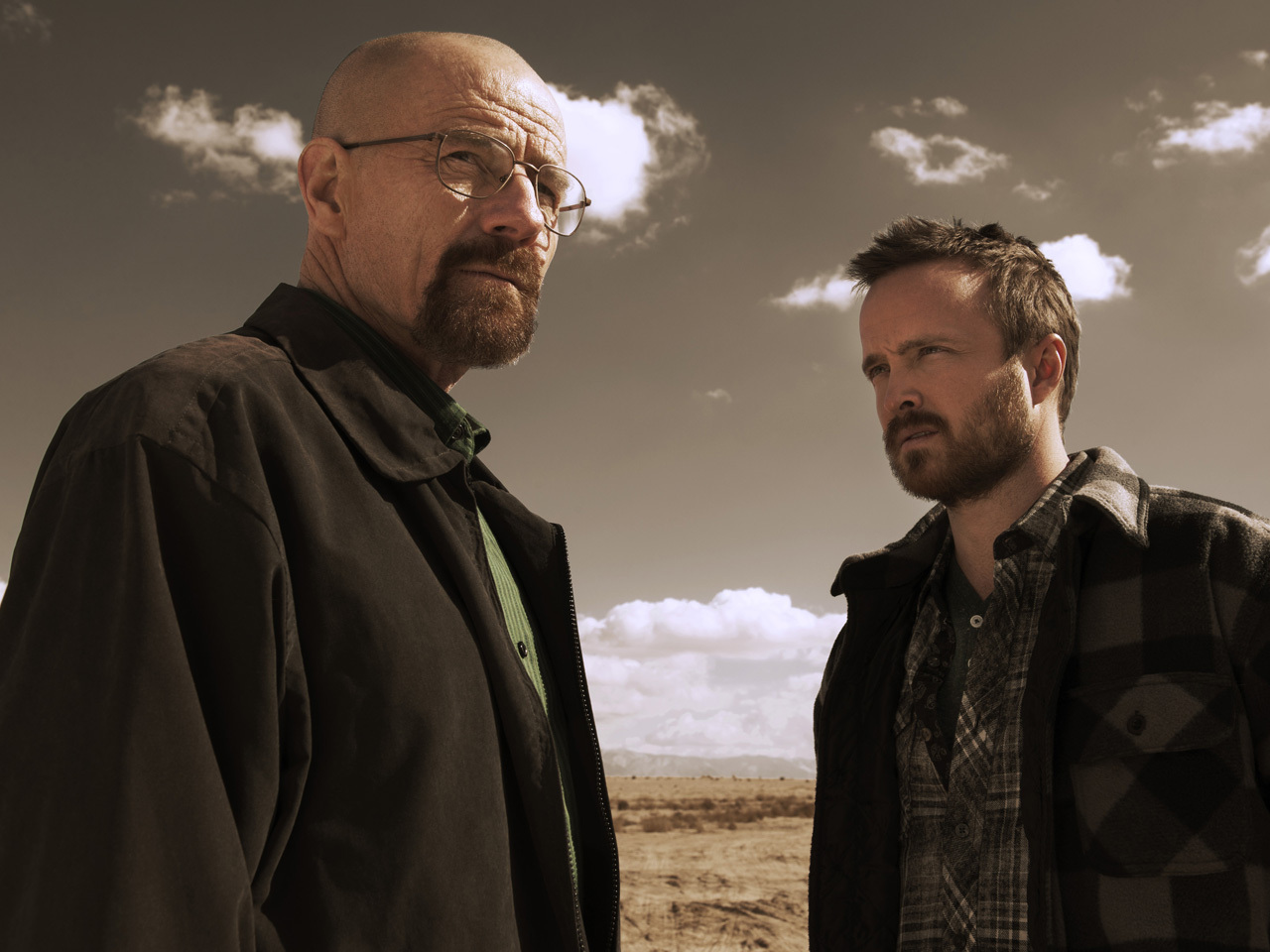 (CBS News) TV's first Golden Age played out decades ago on old-fashioned console sets topped by rabbit ears. In the view of many critics, television's second Golden Age is NOW. Our Cover Story is reported by Lee Cowan:

As much as we may have loved those seven castaways, chances are none of us rushed home to watch the season finale of "Gilligan's Island," or "Fantasy Island," for that matter.

They were the weeds growing in a "vast wasteland" -- a withering criticism leveled at TV back in 1961 by then-FCC chairman Newton Minow.

But if the TV landscape was considered "vast" back then, think just how vast it is today. There are channels we've never heard of -- channels we don't even know we have -- channels that "stream" instead of "air."

And yet, far from becoming a vaster wasteland, some say the "boob tube" has never been better.

"It's opened up a lot of opportunity, creatively, and people are pushing the envelope in ways that they hadn't before," said actress Julia Louis-Dreyfus, of HBO's "Veep."

She isn't alone in her praise. Even "All in the Family" 's Rob Reiner says, never before has TV offered such a wealth of nutrients for couch potatoes everywhere.

"I think right now, television is having its second Golden Age," Reiner told Cowan. "I mean, back in the '50s, that was the first time, the birth of television. And right now, there are things happening on television that are far beyond anything that you see even in movies."

Our DVRs are swollen to capacity trying to keep up with it all.

"It's really become, I think, the dominant cultural medium of our time, in terms discussion, in terms of inspiration, in terms of excitement," said Andy Greenwald (who, to be fair, HAS to watch television -- he's a TV critic, for the sports and pop culture website Grantland.com).

But Greenwald says the explosion in TV choices that gave us all this quantity -- has also given writers the creative elbow room to provide quality.

"One of the reasons why TV got so good in the last 10 years is because people got sick of their projects not being made in Hollywood," he said. "So we saw this flood of actors and writers and ideas just gushing into TV."

"Was it just that people had to figure out how to fill . . . all this blank space?" asked Cowan.

"I think that's really true, that people had to figure out how to fill it," Greenwald replied. "In order to get attention, they took risks. And they pushed TV past the boundaries that we've become so used to for the past 30 or 40 years."

Case in point, he says, is tonight's much-anticipated finale of AMC's "Breaking Bad."

Its anti-hero, Walter White, would never have made his meth on TV 15 years ago.

But that's the point; TV has grown up, says three-time Emmy-winner Bryan Cranston.

"You couldn't put on 'Magnum P.I' and expect that to succeed in this day and age," Cranston said.

These days the dramas getting the most buzz, like "Downton Abbey," are character studies that require an investment from the audience.

Some stick it out week by week; others binge on a whole season all at once -- take Netflix's "House of Cards," starring Kevin Spacey.

"It's sort of almost treating a series in the way you would treat a novel," Spacey said. "You can pick it up and put it down when you want to, and I think audiences really dig that."

It takes commitment to delve into the complex underbelly of Don Draper's polished exterior on "Mad Men," or keep track of the plethora of Prohibition subplots of Nucky Thompson and his "Boardwalk Empire."

Terence Winter, the HBO show's executive producer, says there is more room now on TV to take risks. "Absolutely there's more room for risk. It's been proven. I think that audiences are really intelligent and engaged and actually want to be challenged."

Winter knows of what he speaks, because before shows like "The Wire," "Game of Thrones," and the murderous "Dexter" became audience and critical darlings, Winter wrote for the show that some say started it all: "The Sopranos." Critics say it changed scripted television forever.

"That is incredibly freeing to write those types of exchanges where you think, wow, this actually sounds like you're eavesdropping on a real conversation as opposed to 'point, counterpoint, point-counterpoint, punch line,' which is generally the type of dialogue that you'd get in a network show," said Winter.

But even network TV is changing. "The Good Wife," the now-cancelled "Friday Night Lights," and "Modern Family" all have won critical acclaim, too.

Not only has the writing gotten better; so has the production value. So much of TV doesn't look like TV anymore. It actually looks like a big-budget feature film.

Take AMC's "The Walking Dead," for example. Its depiction of a zombie apocalypse is no small undertaking. And the make-up is so realistic it scares the actors themselves. "It still freaks me out when I look in the mirror," said one actor.

"The fact that you can take 32 episodes and tell your story and draw these characters out. I mean, what filmmaker, what writer, what director, what producer doesn't want the opportunity to develop his character with that amount of depth?" said Nicotero.

"So where do you see things going from here?" Cowan asked. "Does it just keep getting better or ... ?"

"The fact there are networks out there who are looking for this kind of material, I think we're just seeing the beginning," Nicotero replied.

Certainly not everything on TV is "golden" in this new age.

The Kardashians and Honey Boo Boo may be pop culture darlings, but . . . well, let's just leave it at that.

Fact is, there's something for everyone in the vastness of TV these days -- and perhaps a little less waste. Present company, we hope, included.

"For the Birds": Art, music and birdsong