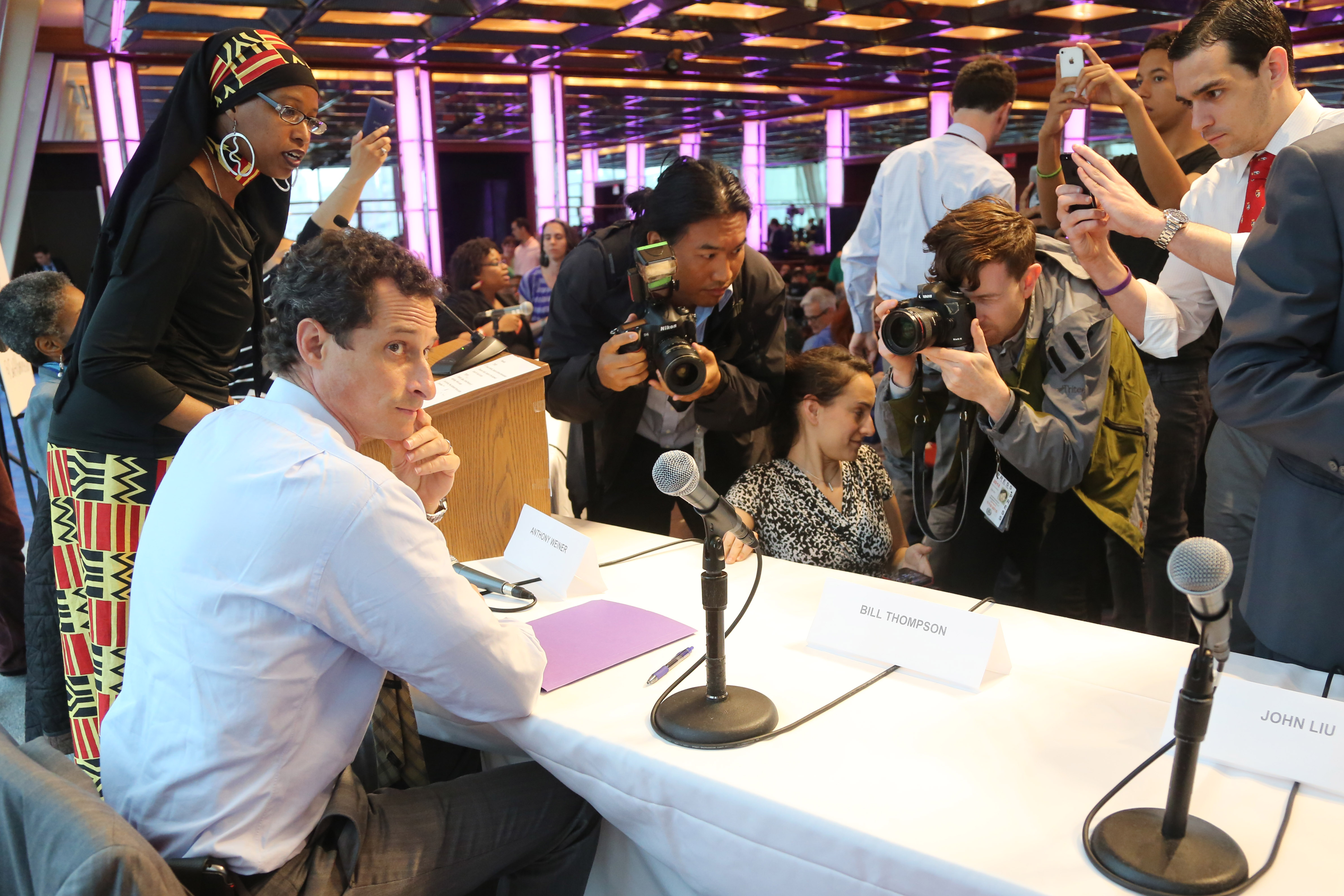 Disgraced former congressman and current New York City mayoral candidate Anthony Weiner deserves a second chance, say 53 percent of New York City voters, according to a new Marist poll. However, those voters are split when asked if they view him favorably. Forty-four percent view him favorably, 44 percent view him unfavorably. And among registered Democrats, only 19 percent are willing to vote for him if the mayoral primary was held today - up from 15 percent last month, before he announced his mayoral campaign.

Within a week of his campaign announcement, he trails City Council speaker Christine Quinn, who leads a field of seven Democrats with 24 percent.

But in a hypothetical head-to-head runoff between Quinn and Weiner, Quinn leads 48 to 33 percent with 18 percent undecided. Quinn, incidentally, leads all challengers in hypothetical runoff matchups. The survey polled 1,001 New York City adults (including 810 registered voters and 492 registered Democrats) from May 22-24. The poll's margin of error among the registered Democrats is +/- 4.4 percent.

Quinn opted out of the first mayoral debate Tuesday, where media continued their focus on the former congressman who resigned in 2011 after he posting lewd pictures on Twitter.

Weiner didn't mention his scandalous online behavior in the education-centered forum, organized by New Yorkers for Great Public Schools. The advocacy organization supports ending school closures and housing charter schools in public ones - which Weiner said was an overblown debate - and opposes many of Mayor Michael Bloomberg's policies.

"I've got no bloody idea - sure," Weiner said when he stood to reply, as he did for every answer.

Albeit without gubernatorial support for his campaign, Weiner said he would work with Gov. Andrew Cuomo, D-N.Y., to get more money for the city's public schools. Cuomo last week said "shame on us" if Weiner wins, a comment Cuomo's office later told the New York Times was a joke.

"It's true, if I'm lucky enough to get your vote and I wind up being mayor, I may have to fight with Governor Cuomo on things," he said, according to the New York Times. "But, honestly, he started it."

Meantime, Weiner's past scandal hasn't stopped two Queens newspapers from considering whether to endorse Weiner's campaign as they did for his congressional campaign. The first newspaper to support him in 2005, The Wave, is "considering" a repeat editorial decision this year, managing editor Kevin Boyle told BuzzFeed. Queens Tribune publisher Michael Schenkler said "we will give everyone a shot."