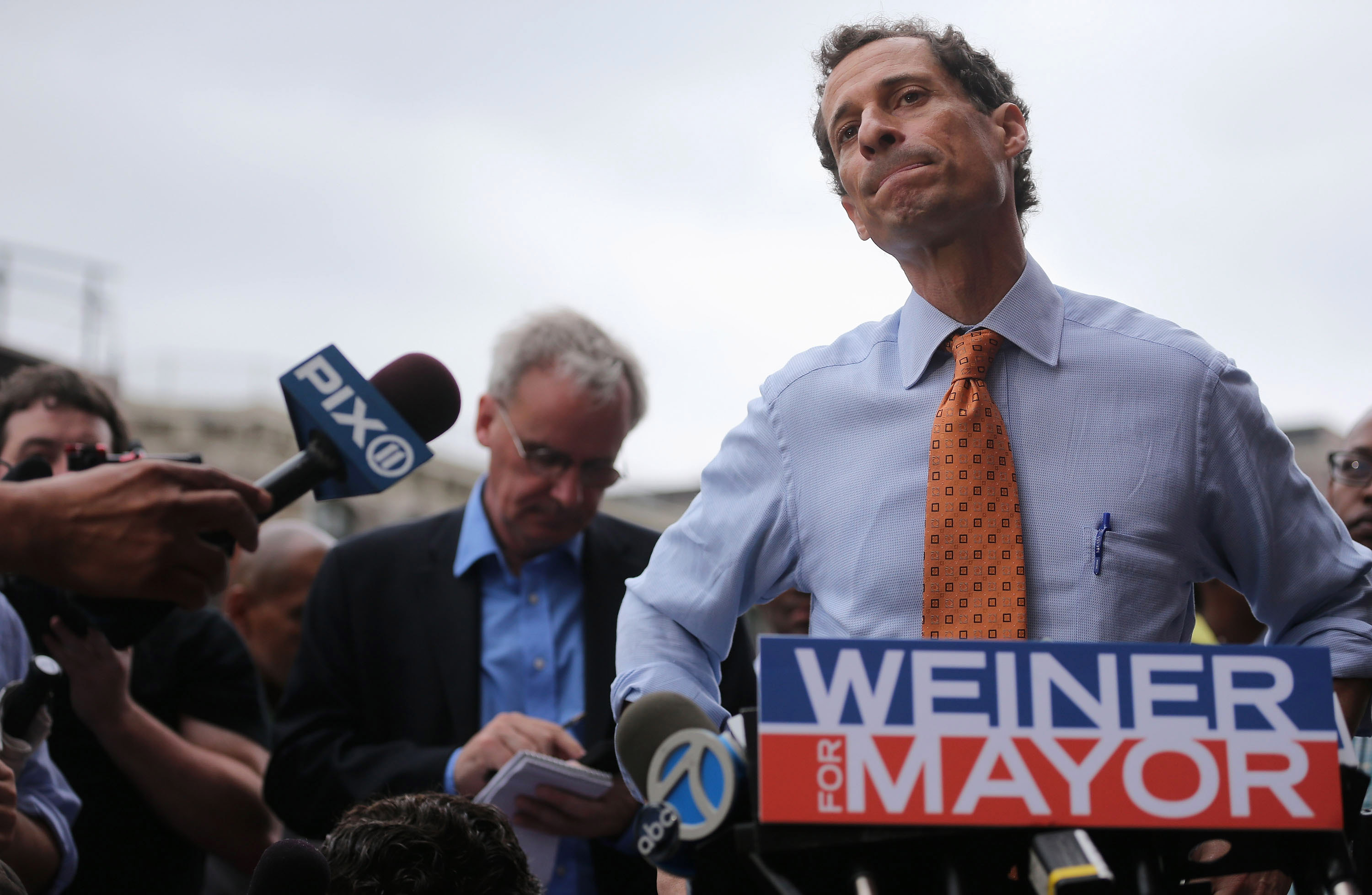 On day two of his bid for New York City mayor, disgraced former congressman Anthony Weiner hit the streets of Manhattan Thursday in an effort to rebuild his political reputation, and win back the voters who only recently witnessed his demise.

Weiner, a Democrat who resigned from Congress in 2011 after it was revealed that he'd been sending lewd photos to women on Twitter, began his morning in Harlem, where he talked to voters and reporters alike about his plans for New York, and his past misdeeds.

"The voters are gonna decide," he told reporters, when asked if his past would be a distraction in the race. "New Yorkers have to make that decision."

Weiner officially launched his campaign late Tuesday night in a video, which featured his wife, Huma Abedin, a longtime aide of former Secretary of State Hillary Clinton, and the couple's young son.

In the video, the famously tight-lipped Abedin voiced her support for her husband, and pledged that "We love this city, and no one will work harder to make it better than Anthony."

In an interview Thursday with WNYC, Weiner acknowledged that his apology tour will be ongoing - in public and in private.

"There's no doubt about it. I made very big mistakes. I compounded it immeasurably by being dishonest about it," Weiner said. "I apologized to the people that supported me. I have apologized many, many times to my wife, and frankly I know that part of this process is going to be doing a lot of apologizing."

According to a recent Quinnipiac poll, Weiner is running in second place to New York City Council Speaker Christine Quinn, who leads him by 10 points.

But the same poll showed that nearly half of respondents thought Weiner shouldn't even run in the first place.

New York Governor Andrew Cuomo appears to be a member of that 49 percent: "Shame on us" if we elect him, Cuomo told the editorial board of Syracuse Media Group, in an interview Thursday.

Meanwhile, Weiner conceded that his past behavior may yet come back to haunt him, and that more people may emerge with evidence of his past indiscretions.