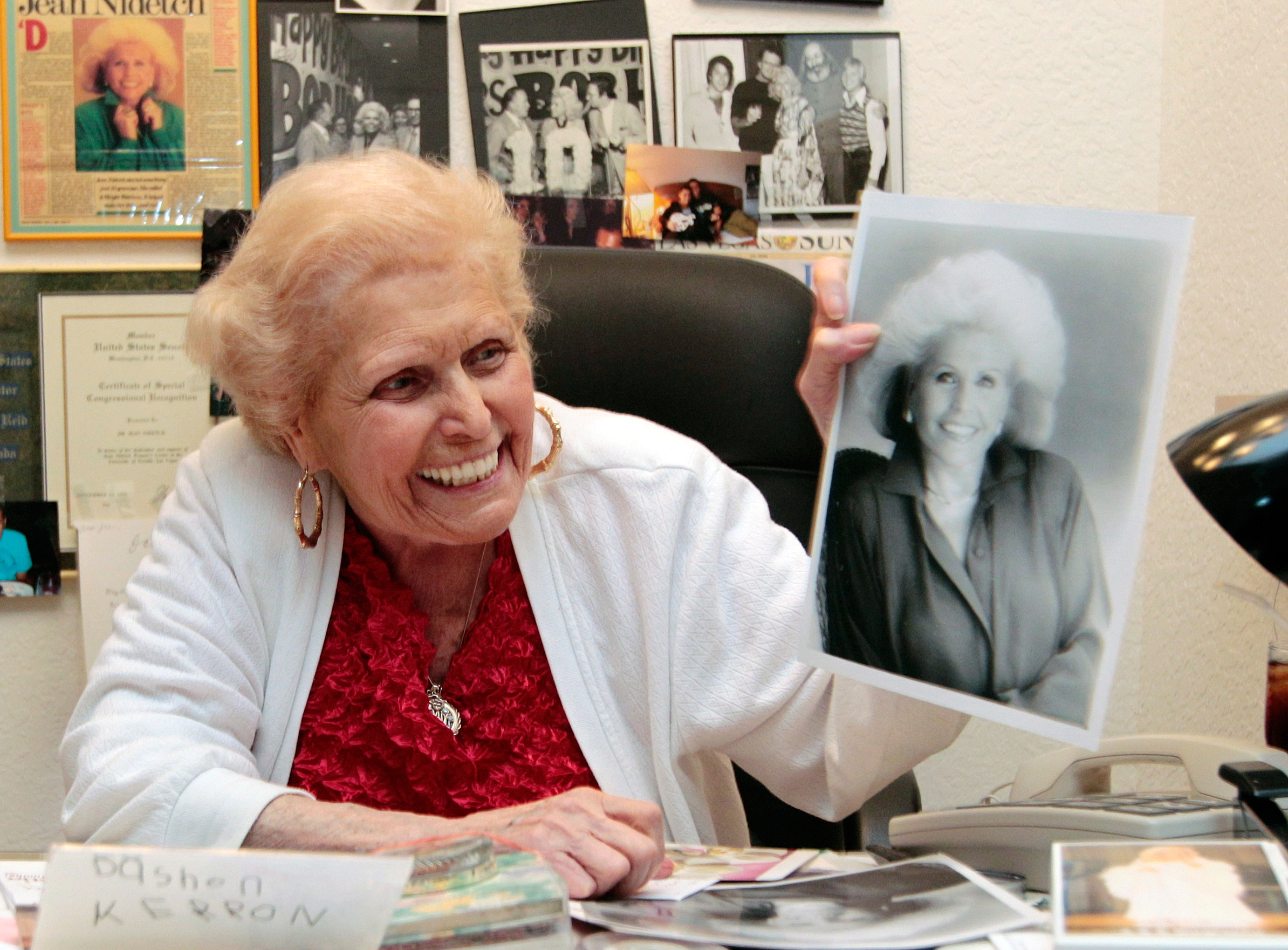 PARKLAND, Fla. -- Jean Nidetch, a New York housewife who tackled her own obesity, then shared her guiding principles with others in meetings that became known as Weight Watchers, the most widely known company of its kind, died Wednesday. She was 91.

She died at her home at a senior complex in Parkland, Florida, near Fort Lauderdale, her son David Nidetch said.

Plagued by her weight since childhood and carrying 214 pounds on her 5-foot-7 frame, Nidetch went to an obesity clinic sponsored by the New York City Board of Health in 1961 and began picking up tips that slowly seemed to work.

She took off two pounds the first week but disliked the way the clinic's leader imparted information and how little the obesity group's members shared. So she gathered six overweight friends in her Queens living room to share what she'd learned and talk about their own food compulsions. She found it a relief to share her struggle with others, and they did too.

Nidetch reached her goal weight of 142 pounds on Oct. 30, 1962. As the weekly meetings at her home grew to include dozens of people, two of them - Felice and Al Lippert - convinced Nidetch she had the makings of a business. Weight Watchers International was founded in 1963.

By the following year, classes were being held across New York, with dozens of participants going on to lead sessions of their own. Franchises were opened, a cookbook sold millions and by 1968, the company went public with adherents across the globe. By the time the company celebrated its 10th birthday, 16,000 people attended a massive gathering at Madison Square Garden, Bob Hope was on stage and a snaking line of people waited for Nidetch's autograph.

The fat housewife, as she once thought of herself, was now sitting beside Johnny Carson on television, her face staring out from boxes in the frozen food aisle. She would never be overweight again.

Jean Evelyn Slutsky was 7 pounds, 3 ounces, when she was born in Brooklyn on Oct. 12, 1923, to a manicurist mother and cab driver father.

As a child, she remembered struggling to squeeze out from behind her desk in a fire drill, and never riding a horse on a merry-go-round, afraid of what she'd look like climbing atop it.

The pounds piled on, with food her antidote for any hurt or sorrow.

Before she even reached high school, she was attempting diets of every kind. She tried fasting, eating nothing but eggs and grapefruit, mixing oil and evaporated milk and drinking it three times a day. She'd drop some pounds, then gain it back, often more. When she married Marty Nidetch on April 20, 1947, she wore a long navy dress, size 18, with the bustle and sides let out.

When she finally shed her extra weight, though, she said she felt like she'd found the Fountain of Youth. For years after, when she'd wake up in the morning, she'd reach down and feel her hipbone to make sure she was still thin. She dyed her hair blonde and styled herself as a weight-loss champion.

Nidetch traveled the world preaching Weight Watchers' simple gospel and became a millionaire along the way. Along with the Lipperts, she sold the company to H.J. Heinz Co. for about $71 million in 1978, but remained its most recognizable face for years afterward.

What became of her millions isn't entirely clear. She retired to a one-bedroom apartment at an unpretentious retirement community and in a 2009 autobiography, "The Jean Nidetch Story," she said, simply, "I'm not a millionaire anymore."

Nidetch's first marriage ended in divorce in 1971; Marty Nidetch died in 2003. A second marriage, to Frank Schifano in 1976, lasted just a few months before ending in divorce. A son, Richard, died in 2006.

To the end, she was unwavering in her message and still received rock-star treatment when she attended Weight Watchers functions, prompting standing ovations, the flash of cameras and requests for autographs. She took pride in never wavering far from her goal weight, saying she never again topped 150 pounds.

She became more lenient with age, though, her fridge filled with Coca-Cola and Klondike bars in the freezer. She allowed herself the occasional potato or extra piece of bread, and no longer followed her own advice to eat breakfast daily, instead sleeping in and waiting for lunch.

At her age, she said, she had earned the right.