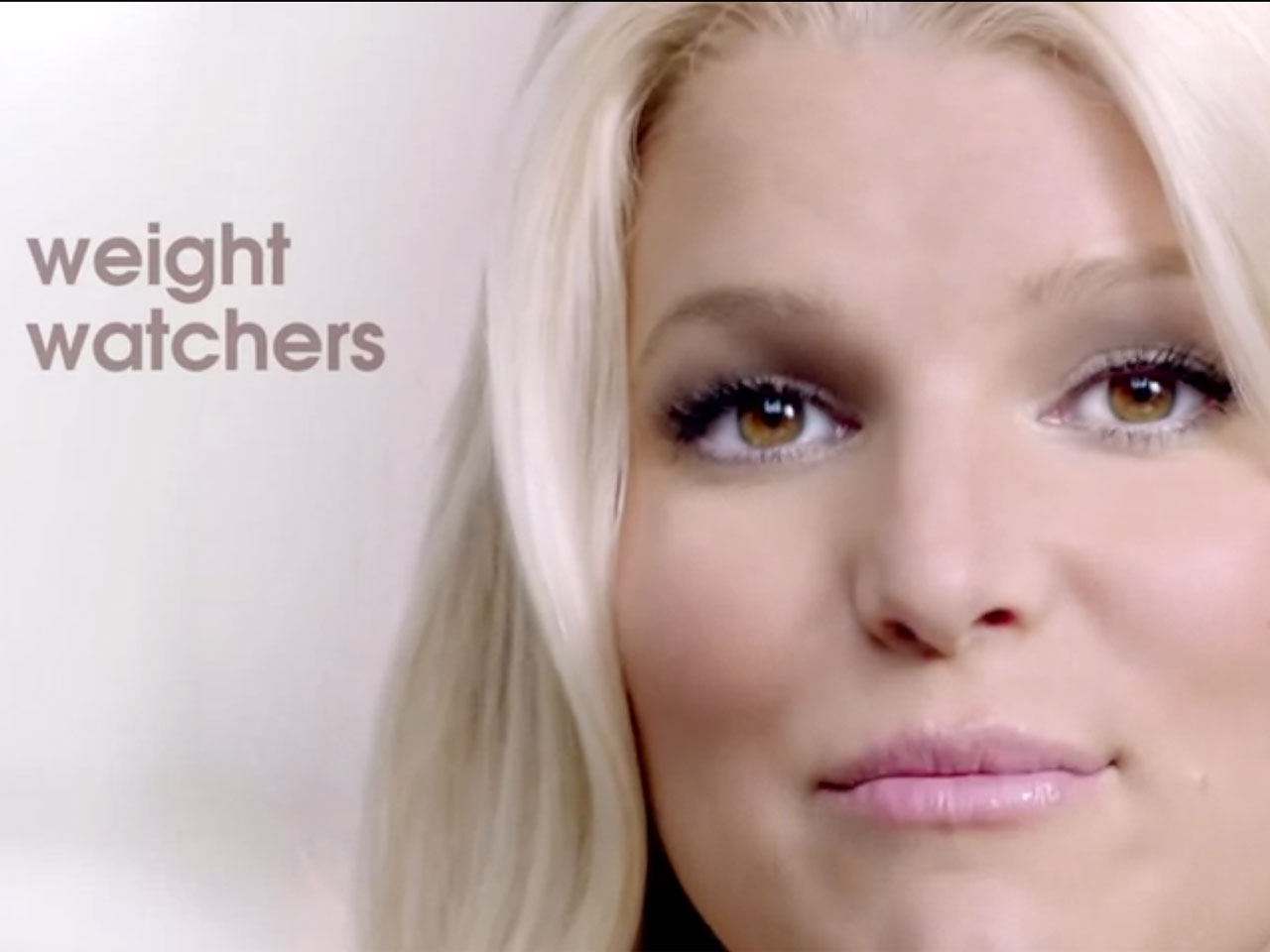 (CBS News) Focusing on shots of her face and not revealing her body, a  new video  for Weight Watchers shows  Jessica Simpson talking about the struggle to lose her post-baby weight..

"There is a lot of pressure to lose weight, but I'm not a supermodel," Simpson says in the video. "I'm just Jessica, trying to eat real food in the real world, and I really just want to be healthy for my daughter."

The 5-foot-4 singer and actress said in an interview with USA Today that she allowed herself to eat whatever she wanted while she was pregnant with her daughter Maxwell Drew. However, the weight didn't go away after she gave birth. Simpson didn't say what her starting weight was or her end goal, but admitted she was 170 pounds when she posed for the April issue of Elle magazine.

People got their first glimpse of Simpson after she started her gig as a Weight Watchers spokeswoman on Monday when she appeared as the first guest on Katie Couric's talk show, "Katie." Simpson told Couric that she's working hard on focusing on her diet and attempts to do 14,000 steps a day. She added she is only 10 pounds way from being able to wear "all the pretty dresses" on the new season of her show "Fashion Star."

"It's working, and it feels amazing," the Weight Watchers spokeswoman explained in her ad. "Really I just want to be a better version of myself."