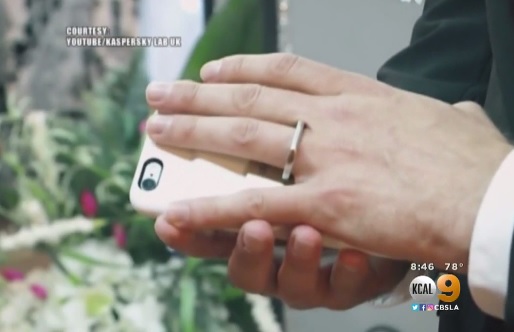 LAS VEGAS -- Maybe there's a reason they say what happens in Vegas stays in Vegas.

"It is now my honor, and my privilege, to pronounce you husband, and smartphone," the officiator said during the ceremony.

Kelly explained that Chervenak wanted to make a point about how dependent people are on their phones.

Luckily, the union, unlike a cellphone provider's contract, is nonbinding, making it easy for Chervenak to upgrade to a newer model soon.