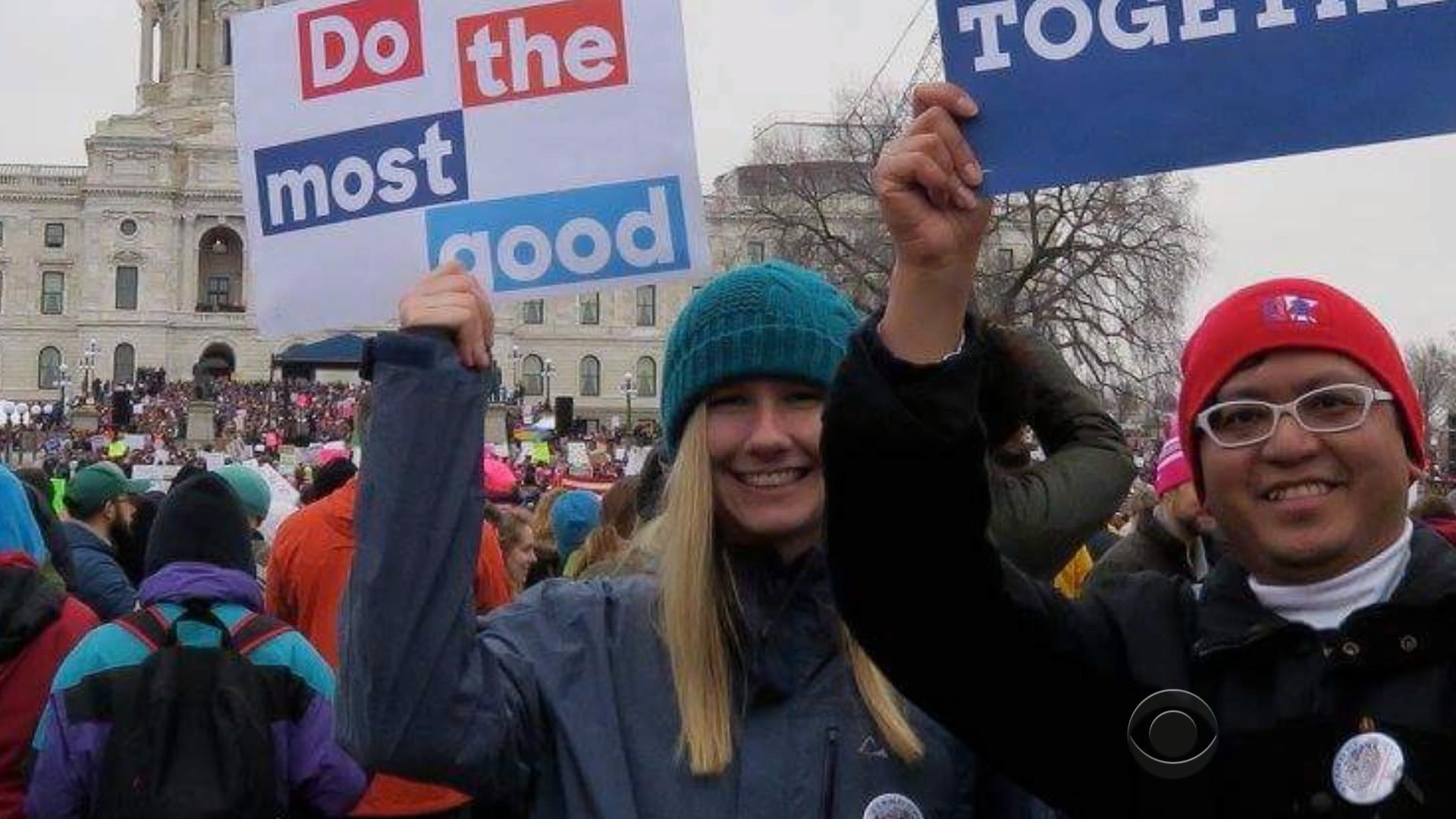 CHICAGO -- President Trump has been an inspiration to many, including many of his opponents -- motivating them to speak out.

Every day after he packs his son and daughter off to school on Chicago’s North Side, 40-year-old Jeremy Reed settles onto his living room couch to get his marching orders.

“Literally delivered right to me every day,” Reed says.

He’s talking about the progressive websites that seek to marshal his energy and meld it with millions of other opponents of the new president.

“I’ve signed up and really kind of latched onto a lot of different things,” Reed said.

Among them is Indivisible Guide, a new website designed to fight the Trump administration by employing the same pressure tactics the Tea Party used against President Obama.

From petition drives to mass rallies and more, these websites attack the system from the left to keep people like Reed off the sidelines and in the streets.

“Up until the election, were you particularly politically active?” CBS News asked.

“I never actually set foot in a protest or rally up until this year,” Reed said.

The advice seems to be sinking in, with mass protests and confrontational congressional get-togethers becoming more common.

Near Minneapolis this week, voters vented at the local office of their Republican representative, Erik Paulsen.

Jena Martin, a doctor with two children, was there, along with newlywed Clara Severson, a warehouse worker. They both participated in women’s marches last month.

“Right now, everybody is so ready to go, but they just need a little bit of direction,” said Severson.

The next big protests are being planned for April 15, when demonstrators will be demanding that Mr. Trump release his tax returns -- information the White House says people don’t care about anymore.