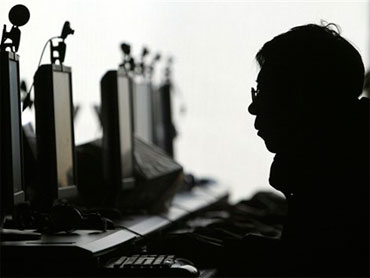 Messages like that startled Chinese Web surfers, long accustomed to the authorities' Internet blockades. The country had been in the midst of highly publicized anti-pornography sweeps, and there had been no announcement of any change in government policy.

"This has never been done with the (Chinese) Internet before," said Beijing-based Internet analyst Zhao Jing, who goes by the English name Michael Anti.

Whatever the reason, the change has thrown into sharper relief what many people see as the main mission of China's aggressive Internet censors: blocking sites and content that might challenge the political authority of the communist government. Websites about human rights and dissidents are also routinely banned.

China has the world's largest online population of 420 million - more than the entire U.S. population. While the Internet is the most freewheeling of tightly cosseted media in China, the government has the most extensive Internet policing system, from technical filters that block sites based on certain words to human monitors who scan bulletin boards and micro-blogging posts.

Tired of the controls, many Chinese have learned to get around "the Great Firewall," or GFW, as the system is known.

"In the past, the GFW would use pornography as an excuse" for censorship, Wen said. "Now they're not even trying to cover it up."

A poll of 900 female graduates at 17 Shanghai universities showed that 70 percent think one-night stands aren't immoral, and more than half said they could understand if a girl became a rich man's lover, according to state media.

Liao Shengqing, a journalism professor who led the study, was cited by the People's Daily newspaper as saying that "students' attitudes come from their respect for individual privacy. They regard sex as a private matter and respect other people's choices."

"I think when the GFW realized they were not able to block all domain names, they reallocated resources to block more urgent or political sites," said Long, the tech blogger who is based in Shenzhen and would not give his real name in Chinese.