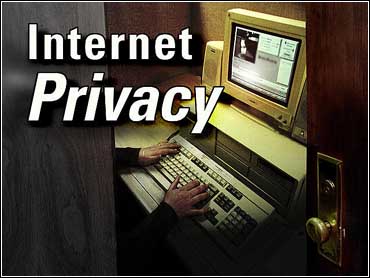 The government has approved a plan by a group of Internet advertisers to help protect consumer privacy on the World Wide Web.

The plan, endorsed Thursday by the Federal Trade Commission, will control what information the advertisers can gather from Web surfers, and how they use that information.

The commission is still pressing for legislation to make sure that Web advertisers outside the group follow the principles.

One such advocate, Marc Rotenberg, says the deal doesn't give the government any remedy if companies don't follow the guidelines.

Rotenberg, head of the Electronic Privacy Information Center, says his group is considering legal action to force the FTC to take stronger steps, asserting that the Internet advertisers' plan to protect on-line privacy is "written by industry for industry."

The agreement sets three major industry standards for the growing practice of online preference marketing and customer profiling. They said consumers will be:

The agreement addresses consumer concerns about the growing usage by advertisers and Internet sites of technology that collects information about users as they visit Web pages.The technology allows such firms to develop profiles of Web customers based on which pages they clicked on, what data they entered into forms and which ads they viewed.

Privacy advocates fear the information could easily be transmitted to third parties without people's consent or misused.

The FTC two months ago pressed Congress for legislation requiring commercial Web sites to notify visitors of what information is collected about them and how it will be used; the option to choose whether information can be shared; and access to review information collected by a site and security of that information.

And it further put the Internet on notice earlier this month by taking the owners of the defunct Toysmart.com Web site to court and forcing them to abide by their privacy policy if they sell their customer list to a third party.

"Customer data collected under a privacy agreement should not be auctioned off to the highest bidder," the agency said in settling the matter.