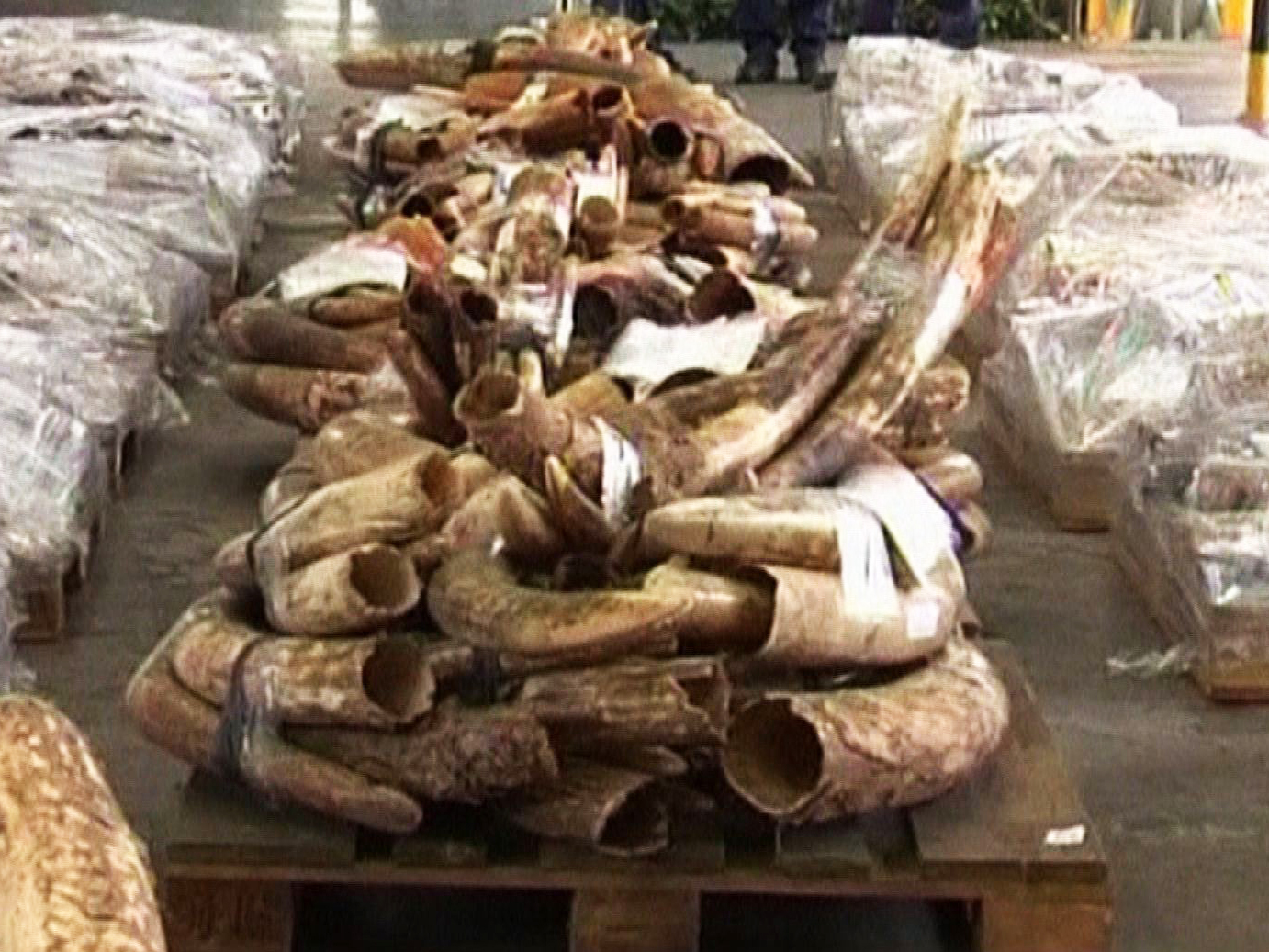 (CBS News) CAIRO -- International gangs are making a fortune by slaughtering African elephants and selling their tusks. Tens of thousands of the majestic creatures are being killed every year. The illegal market can be tracked from Tanzania and Kenya north to Cairo, Egypt.

It's not difficult to buy ivory in Cairo. In one busy market, we found Essam, an Egyptian ivory trader.

Selling ivory is against the law in Egypt, but when we told him we were buyers, he showed us into the back room where he keeps his stock. We filmed the meeting with a hidden camera.

A look at the problem of poachers killing elephants in Africa

Essam told us his business was booming, and his best customers, he said, are from China.

He showed us six elephant tusks and offered to sell us a pair for just under $2,000. In China, they'd sell for up to 10 times that price.

And Essam shared a special trick for smuggling ivory that he told us his Chinese customers had taught him: spray painting it to make it look like wood or metal. It's easily removed later on with nail polish remover.

What we've seen in Cairo is part of a global trade in smuggled ivory, and experts say what's driving it is wealthy Chinese who prize ivory as a status symbol.

In the same Cairo market, we found several other ivory traders operating openly -- along with some of their Chinese customers.

One shop owner told us his clients included Chinese officials who had visited Egypt on state business.

Interview with conservationist trying to protect elephants in Africa

The Egyptian government makes periodic attempts to confiscate illegal tusks. Some are locked up inside a museum storeroom.

But it represents just a fraction of the ivory that's trafficked from Africa to China to meet the demand for ornate carvings so prized by wealthy Chinese, often selling for tens of thousands of dollars.

We showed our footage to Tom Milliken, who works with a group tracking the illegal wildlife trade in Africa. He told us he's fighting a losing battle with Chinese criminal gangs.

"The Chinese are out there moving through rural areas, telling African nationals, 'We'll give you this amount of money,'" Milliken says. "And that's more than these people would see in a year."

While the Chinese authorities have made efforts to seize trafficked ivory, they refused to answer our questions, including about allegations that government officials are involved in smuggling.

That means elephants will continue to be slaughtered in the thousands to feed an illegal market in trinkets and carvings that keeps growing.