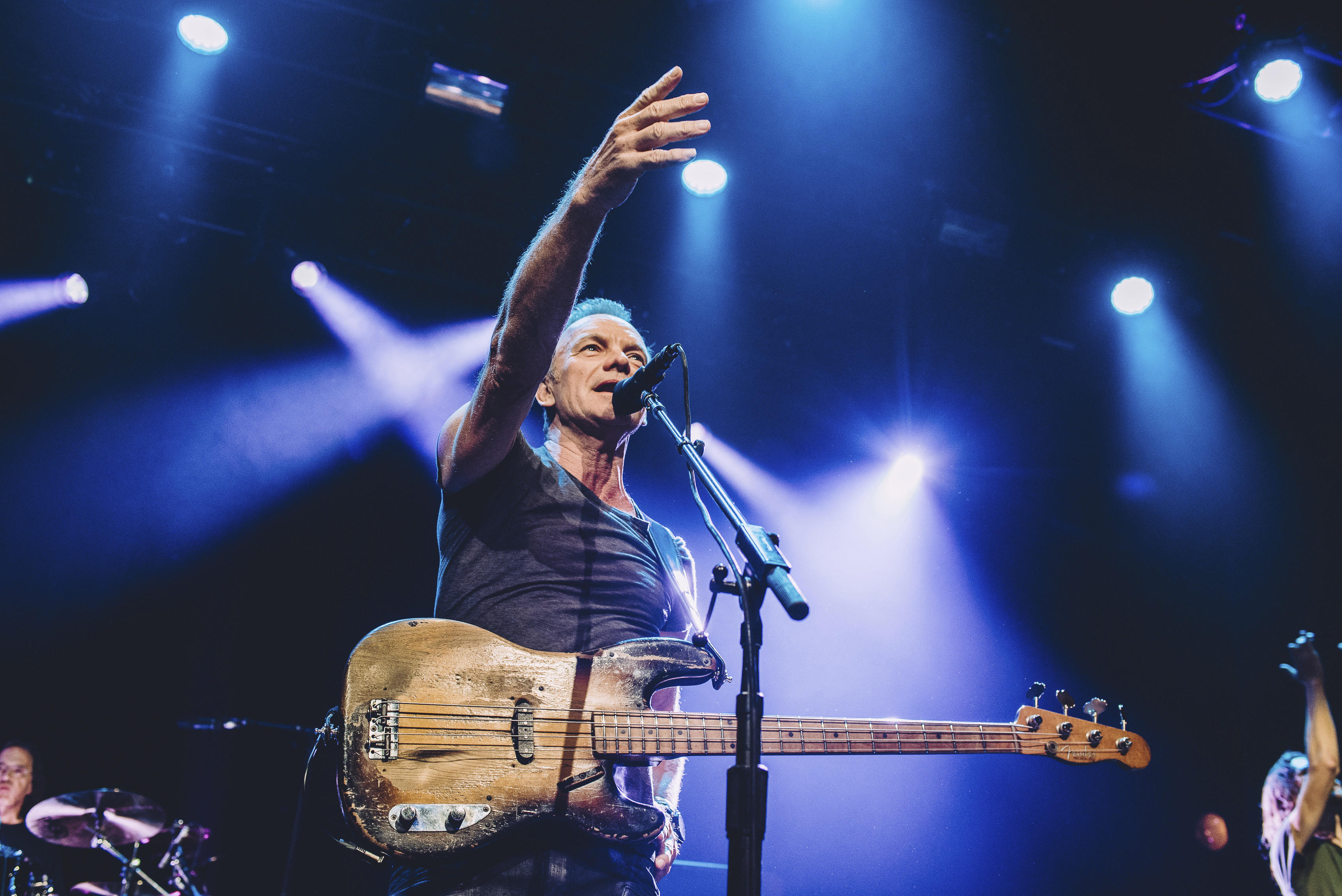 PARIS -- French security turned out in force Saturday night ahead of a concert by British pop legend Sting marking the reopening of the Bataclan concert hall one year after suicidal jihadis turned the famed Paris site into a bloodbath.

Hundreds of yards of barricades, extensive body searches and scores of armed police greeted those lucky enough to get a ticket. The Bataclan said all 1,000 Sting tickets sold out quickly and other tickets were given to the families of the 90 revelers slain a year ago by extremists with automatic weapons and explosive belts.

Sting, in a T-shirt with a guitar slung over his shoulder, asked concert-goers in fluent French to observe a minute of silence as he opened the show.

“We will not forget them,” the singer promised. “Tonight we have two tasks to settle. First, to remember and honor those who lost their life in the attacks. Then, to celebrate life and music.”

He then strummed out a string of hits, including “Message in a Bottle.”

The coordinated attacks in Paris on Nov. 13 last year targeted bars, restaurants and the sports stadium, leaving 130 people dead and hundreds more injured. The worst extremist violence ever to hit France, they were claimed by the Islamic State of Iraq and Syria, or ISIS.

Some survivors on Saturday stayed outside the Bataclan in quiet vigil, while others inside stood silently sipping a drink, waiting for the concert to start. The smell of fresh paint from the reconstruction hung over the crowd.

Aurelien Perrin, 25, survived the Bataclan massacre but his friend Nicolas Berthier did not.

“I came alone tonight. It’s very emotional, as I keep getting flashbacks of that night. I was standing just there, just the other side of the bar when it happened. Tonight is the first time I’ve been back here since,” he said.

Perrin added that he had not been to any bar or even the cinema since that fateful night.

“I’m here because it’s important to finally finish a concert that was never allowed to end. It’s for the memory of my friend and for all the 90 people who died,” he said.

Another survivor, Mariesha Jack Payne, waited across the road from the Bataclan in The Barometer bar, where she was rushed to after the attack. She traveled from Scotland for the commemorations in Paris this weekend.

“Even if I’m not inside, it’s symbolic for me to be here nearby. The important day is tomorrow. I come back to this bar every time I’m in Paris now,” she said.

Sting, 65, is no stranger to the Bataclan, playing there decades ago in 1979 as the lead singer of The Police. The singer’s new album “57th & 9th” was released Friday.

Sting says proceeds from the concert would go to two charities helping survivors. More than 1,700 people have been officially recognized as victims of the horror that unfolded at the Bataclan, Paris cafes and France’s national stadium.

Juliette Meadel, the French minister for victims’ aid, and Paris Mayor Anne Hidalgo were among those at the concert.

Some who were invited decided against attending the emotionally charged event.

“I don’t want to put a foot in the Bataclan. Even if Sting is a legend. I’m staying with my family tonight,” said Jean Marie de Peretti, father of Aurelie de Peretti who died in the concert hall massacre.

The concert hall - which has been refurbished to its original state - will remain closed on Sunday’s actual anniversary of the attacks, when President Francois Hollande and Hidalgo, the Paris mayor, will unveil plaques in memory of victims at the half-dozen sites where revelers died.

In addition to those killed, nine people remain hospitalized from the attacks and others are paralyzed or otherwise irreparably injured. The government says more than 600 people are still receiving psychological treatment related to the attacks.

French Prime Minister Manuel Valls, in a commentary given to a half-dozen European newspapers, warned that “Yes, terrorism will strike us again.” But, he contended that “we have all the resources to resist and all the strength to win.”