There is water on Mars. Water, and several other elements that would be important for sustaining life on the red planet. The discovery comes from NASA's rover Curiosity, as part of its mission to explore Mars.

"We now know there should be abundant, easily accessible water on Mars," Laurie Leshin, dean of science at Rensselaer Polytechnic Institute, said in a press release. Leshin is the lead author of a study explaining Curiosity's findings published today in the journal Science.

"When we send people, they could scoop up the soil anywhere on the surface, heat it just a bit, and obtain water," Leshin said.

The fifth scoop of Rocknest soil was fed into the rover's Sample Analysis at Mars (SAM) analytical suite. SAM includes a gas chromotograph, a mass spectrometer and a tunable laser spectrometer. These tools allow Curiosity to identify chemical compounds and determine the isotope ratios of key elements.

Once inside SAM, the dust, dirt and fine soil -- collectively known as "fines" -- were heated to 835 degrees Celsius. The results showed that the particles contain several percent water by weight.

"About 2 percent of the soil on the surface of Mars is made up of water, which is a great resource, and interesting scientifically," said Leshin.

NASA's two previous Mars rovers, Spirit and Opportunity, found evidence of ancient Martian water when they explored the planet in 2004, but, unlike the newly discovered water, that water was extremely acidic.

The "baked" sample also revealed a chemical compound that was previously only known to exist on high latitude locations on Mars. Containing chlorine and oxygen, the scientists postulated that the compound is most likely chlorate or perchlorate.

"This work not only demonstrates that SAM is working beautifully on Mars, but also shows how SAM fits into Curiosity's powerful and comprehensive suite of scientific instruments," said Paul Mahaffy, principal investigator for SAM at NASA's Goddard Space Flight Center in Maryland.

"By combining analyses of water and other volatiles from SAM with mineralogical, chemical, and geological data from Curiosity's other instruments, we have the most comprehensive information ever obtained on martian surface fines. These data greatly advance our understanding of surface processes and the action of water on Mars."

The results of this first analysis are likely indicative of the overall surface layer, said Leshin.

"Mars has kind of a global layer, a layer of surface soil that has been mixed and distributed by frequent dust storms. So a scoop of this stuff is basically a microscopic Mars rock collection," she explained. "If you mix many grains of it together, you probably have an accurate picture of typical martian crust. By learning about it in any one place, you're learning about the entire planet."

The analysis was completed before Curiosity started its trek to the base of Mount Sharp in July. The rover has been exploring the martian surface since landing inside the Gale Crater in August 2012.

At the recent London meeting of the European Planetary Science Congress, scientists from around the world presented further evidence of water on Mars, Space.com reported.

"We know that on Mars there was what we interpret to be a habitable environment, where water was good enough for us to drink," said Melissa Rice, of the California Institute of Technology in Pasadena, as she concluded a presentation.

"We know that we had an initial habitable environment when these rocks formed, and then sometime later -- we don't know when -- these rocks had water flowing through them, through these fractures, leaving calcium sulfate behind," she said. "We don't know if that era would have also been habitable, but it tells us that there were at least two major wet stages."

Other presenters discussed the discoveries of mudstones, and the likelihood that they formed in lakes or other calm bodies of water. If there were calm bodies of water, they added, there were likely microbes. They discussed the possible presence of hydrated minerals that would have formed billions of years ago. But not all of the water was calm -- there is also strong evidence that rivers once flowed across the planet.

The latest study, confirming the presence of water in the martian soil, adds weight to all of these discoveries, as it indicates that the planet's formerly wet surface has not completely dried up.

The rover will continue to analyze fines and drill into rocks, as scientists believe that they will find evidence of organic compounds. Thus far, the analyses have not returned sufficient evidence that organic compounds live or have lived on Mars. 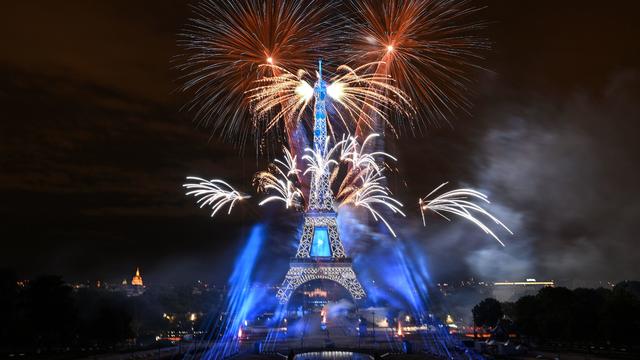 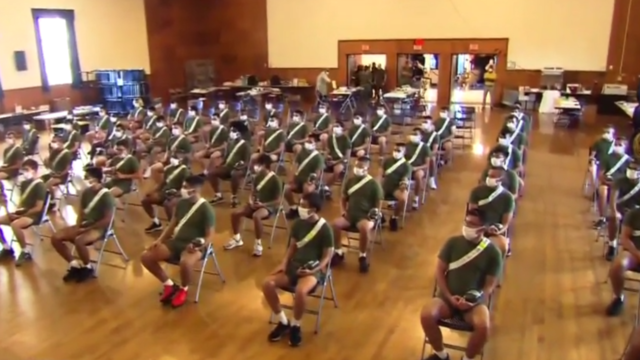 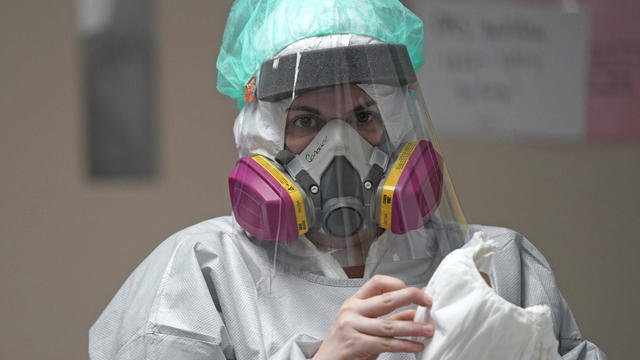