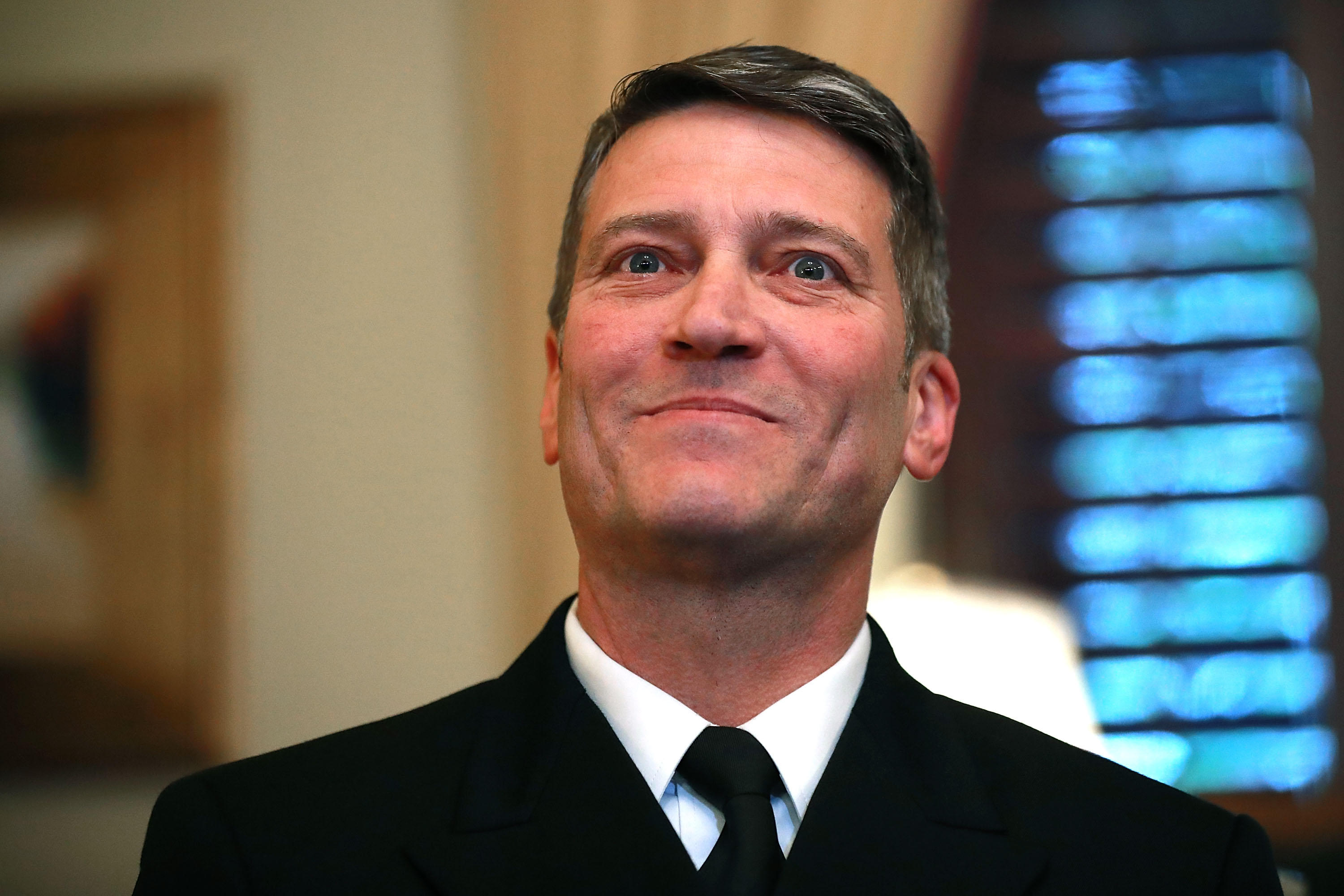 The White House is standing by Dr. Ronny Jackson, President Trump's pick to be the next Veterans Affairs secretary, in the face of  questions about his practice as White House physician. White House press secretary Sarah Huckabee Sanders defended Jackson's history, saying he's received "more vetting than most nominees."

"Dr. Jackson has undergone four separate background checks, one that was conducted by the FBI and all of those revealed nothing and came back with a clean recommendation," said Sanders. She said Jackson's background and character were evaluated during three different administrations and at no time were allegations of drinking on the job or overprescribing medication raised.

Sanders said she was not aware of any of the allegations against Jackson until his nomination was announced, and his most recent background check took place at the beginning of the Trump administration.

Asked by CBS News' Major Garrett during Wednesday's briefing if those accusing Jackson were lying about the allegations, Sanders said, "I can only speak to some of the personal accounts that those of us have, as well as records we have that are substantiated through a very detailed and thorough background investigation process."

Meanwhile, Sanders disputed claims that Jackson lacked the experience to lead the already embattled Department of Veterans Affairs. She suggested that if the president didn't think Jackson was fit for the job, he "wouldn't have nominated him" in the first place.

She added of his lack of managerial experience, "This is a different approach but it doesn't mean its a wrong approach or that he's not qualified."

Despite lawmakers concerns, Sanders said the White House continues to press ahead and is working with lawmakers to reschedule Jackson's confirmation hearing. Jackson has said he wants a chance to defend himself in public.