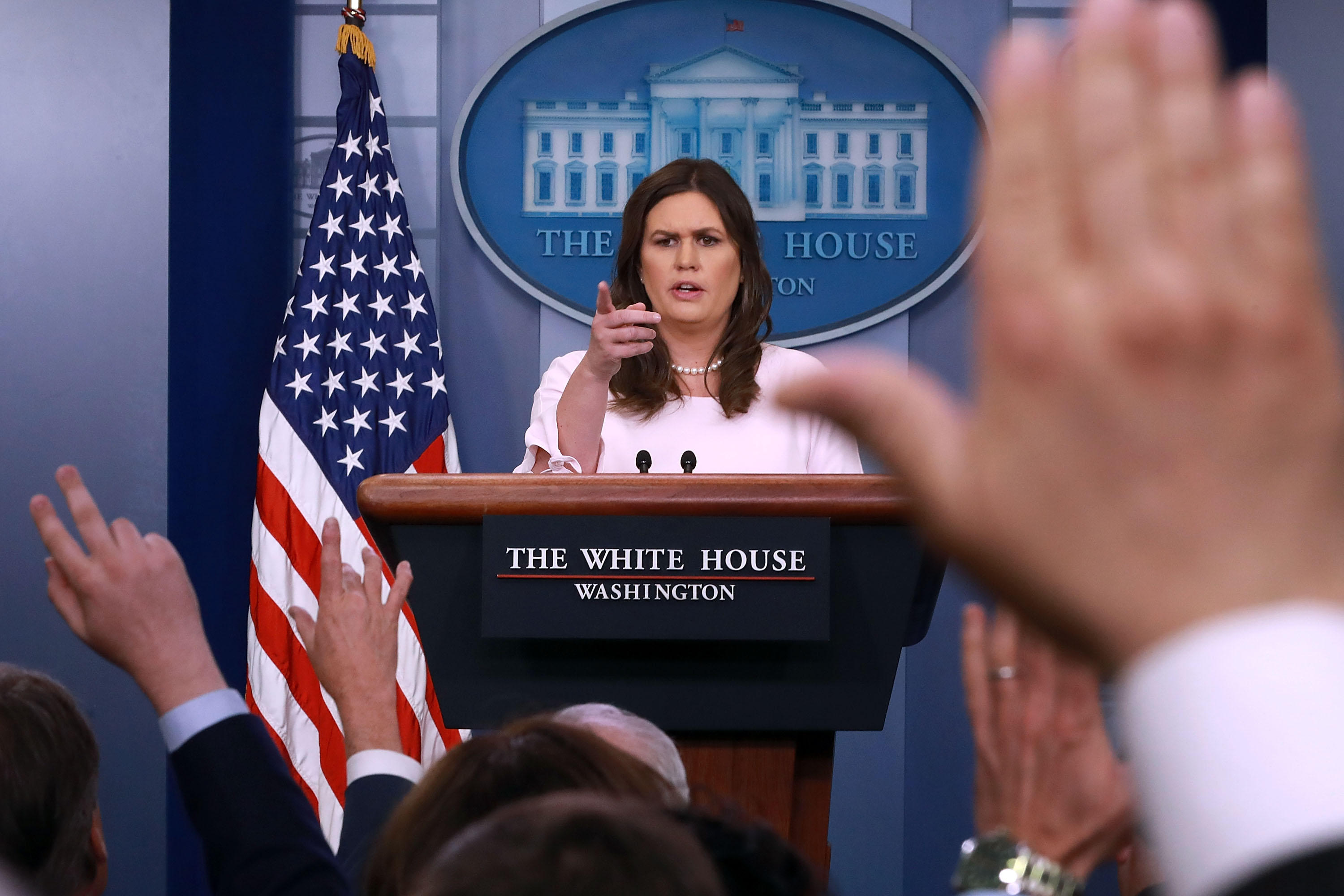 White House Press Secretary Sarah Huckabee Sanders said there "should be a better deal" when it comes to the Iran nuclear deal as French President Emmanuel Macron, a supporter of the agreement, is expected to raise the issue of the possibility of the U.S. withdrawal from the pact, along with trade agreements and the environment during his official state visit.

"We think there should be a better deal, one that's positive, that works," said Sanders at Monday's press briefing. She added, "We don't look to the leadership of Iran to determine what our policy is."

Sanders predicted the two leaders would have "very open and candid conversations" about the Iran deal during his official visit on Tuesday. She added, however, that the president has been "extremely clear" that the current plan is a bad deal and "that certainly has not changed."

Sanders' comments come after Macron told Fox News Sunday host Chris Wallace that there was "no plan B" for the Iran deal."

"For nuclear, what do you have as a better option? I don't see it. What is the what-if scenario or your plan B? I don't have any plan B for nuclear against Iran. So, that's the question we will discuss," Macron told Wallace through a translator.

He added, "My point is to say, don't leave now to JCPOA as long as you don't have a better option for nuclear and let's complete it with ballistic missile and a regional containment."

Sanders told reporters on Monday, "The president wants to make good deals for this country, if he can make a good deal he'll engage in those conversations."

Mr. Trump, who as a candidate threatened to leave the JCPOA, has insisted he would walk away from the deal by May 12 if tougher restrictions are not imposed on the country.

In an interview with CBS' "Face the Nation" on Sunday, Iranian Foreign Minister Mohammad Javad Zarif said his country was prepared to respond, including restarting its controversial nuclear program, should Mr. Trump walk away from the deal.

"Those options are ready to be implemented and we will make the necessary decision when we see fit," said Zarif.

"Obviously the rest of the world cannot ask us to unilaterally and one-sidedly implement a deal that has already been broken," he added .

"Certainly, no sanctions lifted until we see concrete actions taken by North Korea to denuclearize."   She added that having the "best negotiator at the table" would ensure the U.S. gets what it wants out of the meeting between Mr. Trump and North Korean dictator Kim Jong Un.