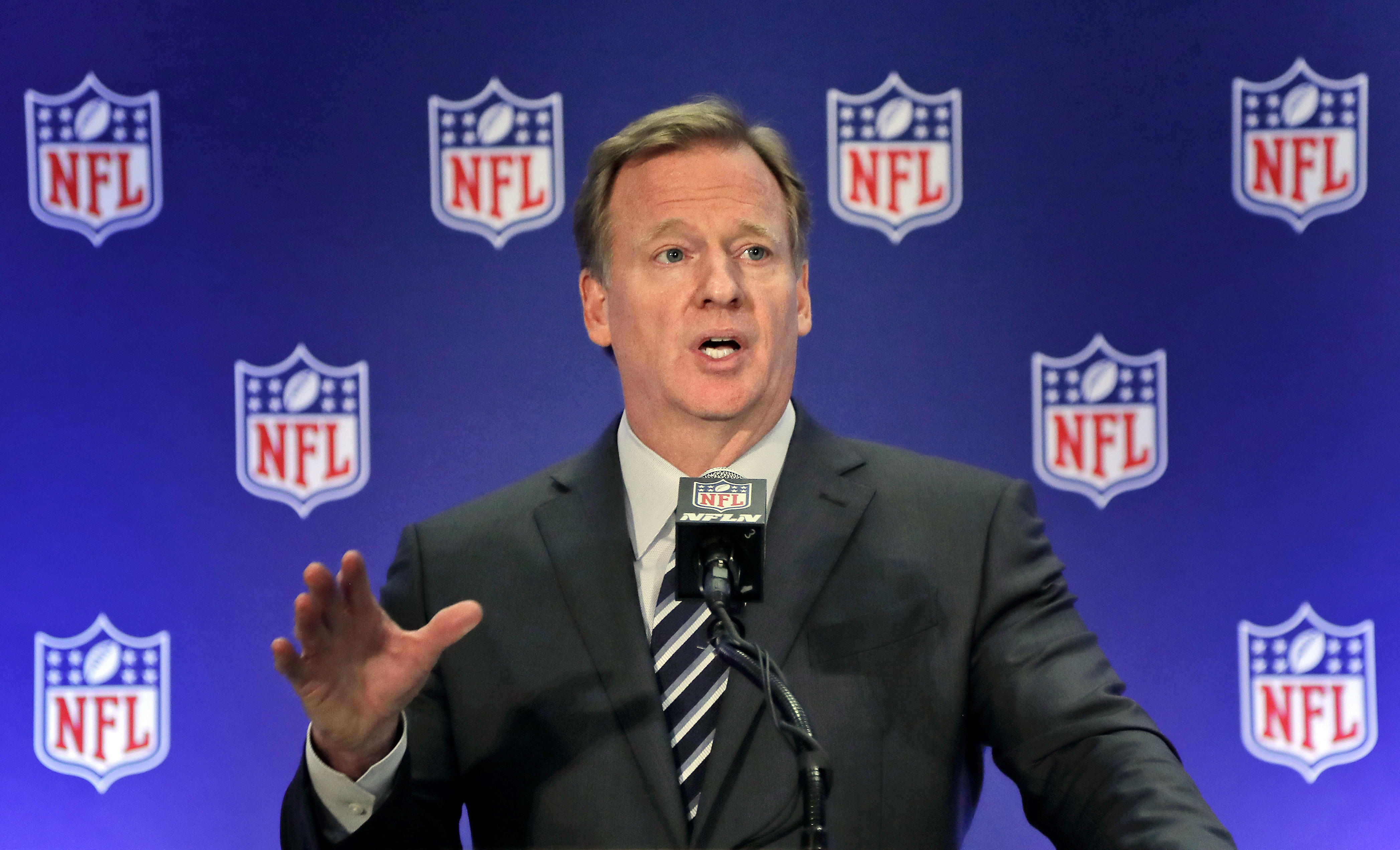 NFL Commissioner Roger Goodell says players should stand for the national anthem, speaking out amid the furor over some players' protests before games.

"We believe everyone should stand for the national anthem. That's an important part of our policy," Goodell said in a press conference Wednesday in New York.

But Goodell said he would not commit to making a rule stating players must stand for the anthem.

"Our players will state to you publicly they are not doing this in any way to be disrespectful to the flag," Goodell said. He said the league is "not looking to get into politics, but what we're looking to do is to continue to give people a focus on football."

The commissioner said that about half a dozen players are still protesting, and the NFL will "try to get that to zero."

"We need to make real differences in our community. That's really what's going to ultimately be the important aspect," Goodell said.

On Wednesday morning, President Trump blasted the NFL over the controversy, tweeting that the league was showing "total disrespect."

Goodell said Wednesday he had not spoken to Mr. Trump since the controversy began.