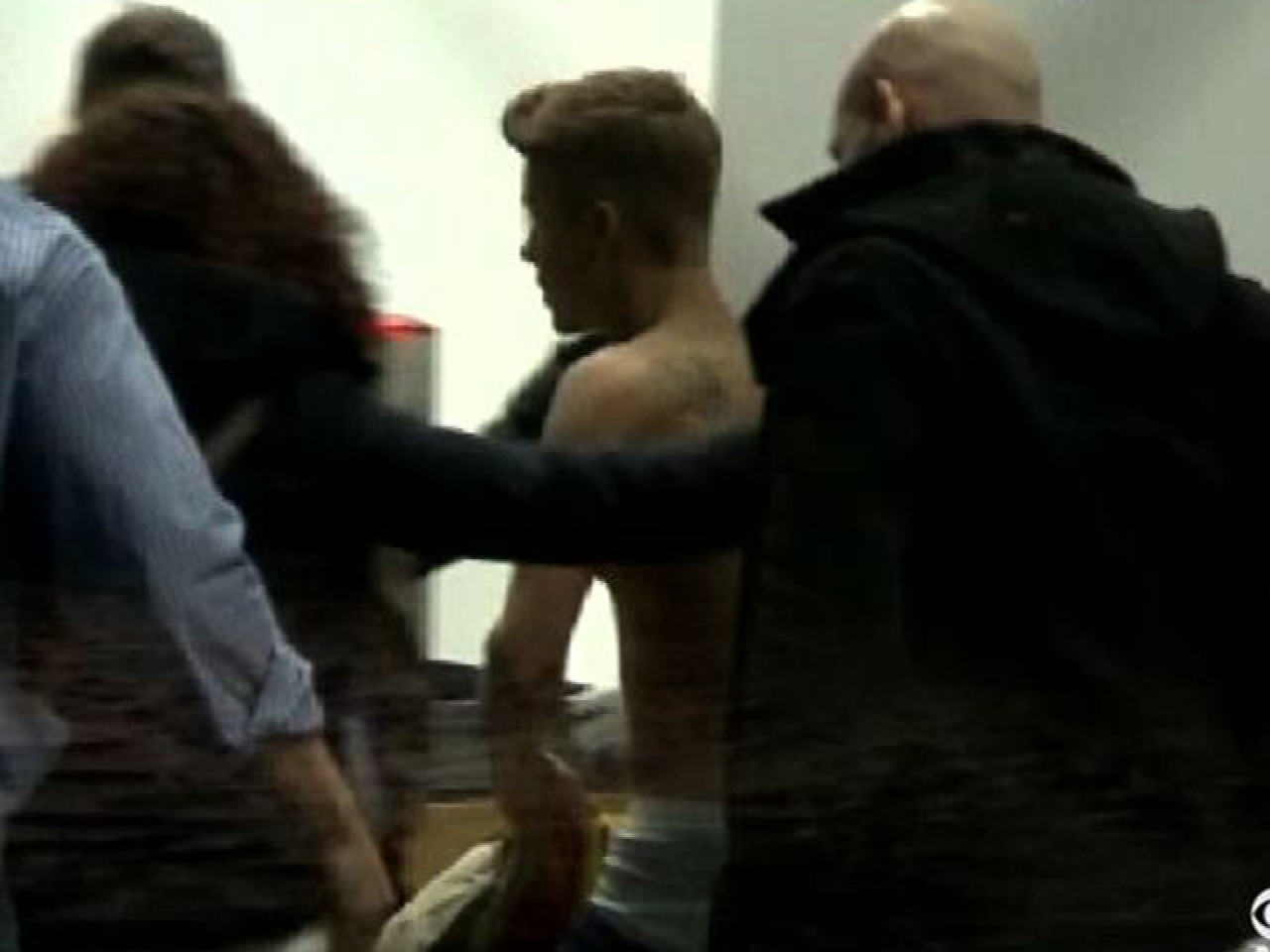 In another strange display, pop star Justin Bieber surprised photographers when he strutted half-naked through airport security in Poland on Tuesday. [Watch video above.]

The 19-year-old "Never Say Never" star performed a sold-out concert in the city of Lodz Tuesday night. The singer was spotted without a shirt on walking in freezing temperatures outside the airport before his scheduled departure out of Poland.

"He wasn't told to take off his clothes. He had no metal objects on him," a spokeswoman for Lodz Airport told Reuters. "He's quite skinny so I assume he was probably freezing."

With the wind chill factored in, temperatures reached as low as 9 degrees Fahrenheit in Lodz on Tuesday night.

Bieber's on-going European tour has been plagued by a recent string of odd public appearances by the Candian performer.

He was seen sporting a gas mask in London and showed up several hours late to one concert there before fainting on stage at another show. Bieber also got into a nasty spat with paparazzi in London, which was caught on tape.

Bieber's next scheduled performance is in Munich, Germany, on March 28. We'll see if he keeps his shirt on.