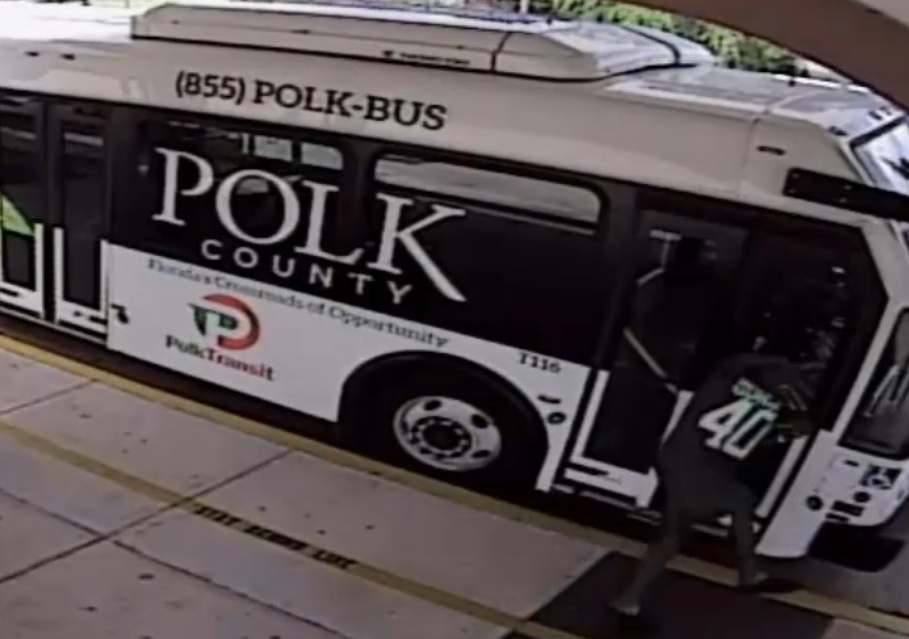 Winter Haven, Fla. -Police are searching for a Florida man who lunged headfirst at a bus after being denied entry, cracking a window on the vehicle's door, reports CBS affiliate WTSP.

The station reports that the man got off the bus at about 11:35 a.m. Saturday and realized he was at the wrong stop, but the bus driver would not let him back on unless he paid a new $2 fare.

The driver left the bus and went inside a nearby terminal, while the passenger sat on a bench. The suspect then walked away, but about four minutes later, returned, and can be seen on surveillance video taking a slight running start before head-butting the bus' passenger door.

The suspect can be seen staggering for a few moments, before laying on the ground for several seconds. He then gets up and walks away.

The Winter Have Police Department posted the video to its Facebook and Twitter accounts, along with the note: "File this under what NOT to do when you get mad regarding bus fare - ouch." Its public information officer, Jamie Brown, told 48 Hours' Crimesider said the department has a sense of humor about the incident.

"It is what is it, you look at it and you just shake your head," Brown said. "There's no point in trying to be staunch when it's obviously comical, you should just make light of it. Criminals do silly things."

The suspect is described as about 5-foot-9 with a slim build and wearing glasses. He was wearing slip-on shoes with socks, and dark green or gray shorts. His T-shirt has the graphic "Ounces 40" on the front.