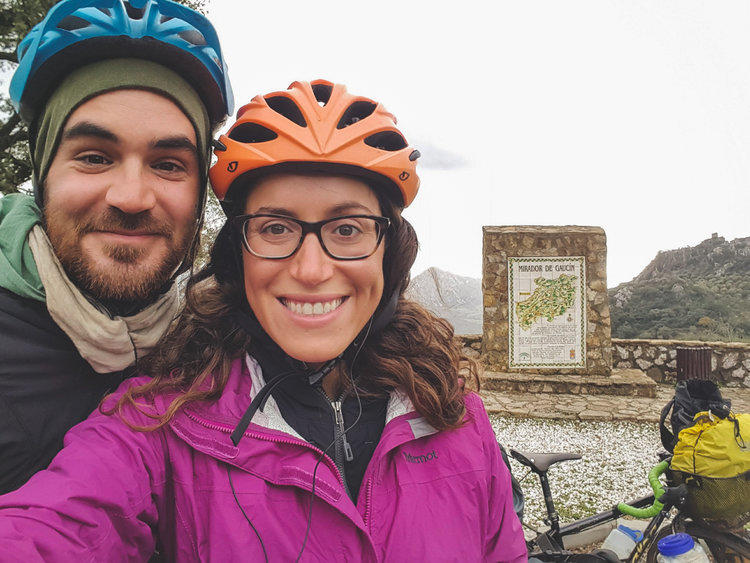 The two Americans killed in an ISIS-claimed attack in Tajikistan over the weekend were a couple from Washington D.C. who left their lives in the nation's capital to see the world together by bicycle. According to Lauren Geoghegan's parents, the year-long cycle adventure was typical of their daughter's "openness to new people and places, and her quest for a better understanding of the world."

Robert and Elvira Geoghegan confirmed in a statement sent to CBS News that Lauren and her boyfriend Jay Austin, both 29 years old, were killed in the attack on Sunday as they rode through Tajikistan with a group of other foreign cyclists. A car rammed into the group and then five men got out and attacked the tourists with knives. A Dutch and Swiss national were killed along with Geoghegan and Austin.

Geoghegan and Austin set off on their bicycle trip around the world in July 2017 in South Africa, and chronicled their journey with regular updates and photos on their SimplyCycling blog. The trip took them through Africa, Europe, and eventually into Central Asia, cycling first through Kazakhstan and Kyrgyzstan before crossing into Tajikistan. They were using their life savings to fund the trip, and thus travelling on a shoestring budget.

"We are focused at this difficult time on the joy that Lauren brought to us, to her sisters, and to everyone she encountered," Geoghegan's parents said in their statement. "The yearlong bicycle adventure Lauren and her partner, Jay Austin, were enjoying was typical of her enthusiastic embrace of life's opportunities, her openness to new people and places, and her quest for a better understanding of the world."

The family asked for time to cope with their loss, and thanked the U.S. Embassy in Tajikistan for providing "capable and compassionate" assistance.

Under the couple's recent blog entries, comments poured in from fellow-travellers and others simply inspired by the pair's dedication to studying humanity, and their conviction that, while "badness exists… by and large, humans are kind. Self-interested sometimes, myopic sometimes, but kind. Generous and wonderful and kind. No greater revelation has come from our journey than this."

Geoghegan was a Georgetown University graduate who also worked in the school's admissions office.

"We are heartbroken to hear of Lauren's passing in this devastating tragedy and have expressed our deepest condolences to her family," Georgetown's dean of admissions, Charles Deacon, said in a statement. "Lauren was a valued colleague and dear friend to many at Georgetown and an overall treasured member of our community."

Austin had worked at the U.S. Department of Housing and Urban Development and was an advocate for sustainable development.