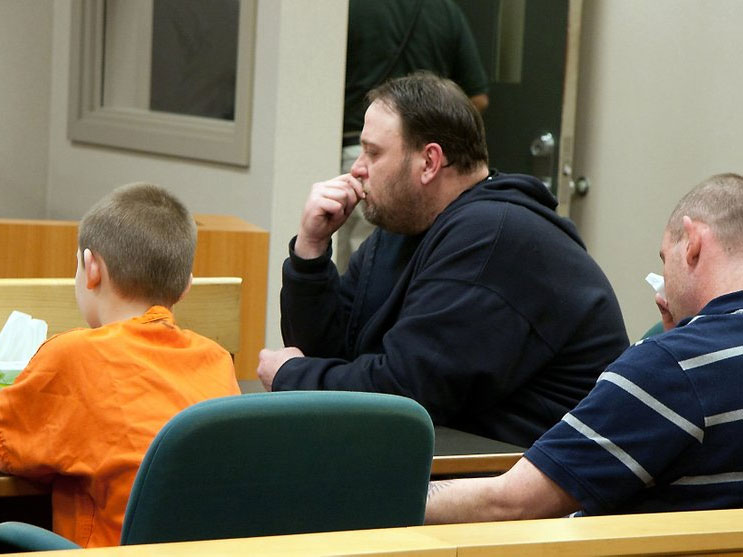 (CBS/AP) PORT ORCHARD, Wash. - The 9-year-old boy who brought a gun he allegedly got from his mother's house to school was returned home after his friends and family raised $50,000 bail Thursday, reports The Seattle Times.

According to the Times, the boy's life has thus far been "tumultuous." His mother, Jessica Chaffin, 34, has a history of drug arrests and a fraud conviction. His father, Jason Cochran, 40, was convicted of domestic violence for assaulting Chaffin. He was also convicted several times of violating orders of protection regarding Chaffin, and has been sued for failure to pay child support for the boy.

The boy, who is not being named because of his young age, allegedly brought a loaded .45 caliber gun to school on Monday. Authorities believe he got the weapon during a visitation with his mother, Jamie Chaffin, 34, over the weekend, according to charging documents released Thursday.

The documents state that the boy told a classmate about five days ago that he was going to bring his "dad's gun" to school and run away. The gun discharged after the boy slammed his backpack down on a desk, the documents said, striking 8-year-old Amina Kocer-Bowen, who is in intensive care and will have to undergo several more surgeries, according to the newspaper.

The boy has been charged with unlawful possession of a gun, bringing a dangerous weapon to school and third-degree assault.

At court on Thursday, the boy, dressed in an orange jumpsuit, wept, and admitted he has "a little trouble reading," reports the paper.

Natalie Poss, the teacher in whose class the incident took place, is being credited with saving Kocer-Bowen's life.

"He has a lot of good in his heart," Poss said of the boy. "I know he didn't intend this to happen. And I know he's hurting tonight."

Court records show that both parents reportedly relinquished parental rights to the boy three or four years ago, and he was adopted by his paternal grandmother, according to the Times. The grandmother died in 2010 and the boy was sent to live with his uncle, Patrick Cochran, who told the court Thursday that he would care for the boy.

"He's a very good child. This whole situation is very out of character. I don't understand what happened," said Cochran. "I apologize to the family of that girl. I really do."

The boy will be back in court for a capacity hearing in two weeks, reports the Times. If the case goes forward, he could face up to 30 days in juvenile detention, 12 months probation and 150 hours of community service.

His mother could face charges in the future, according to the Times.

In 27 states, there are firearm child access prevention laws which include criminal penalties for adults who allow children to get their hands on guns, but Washington has no such laws, according to the San Francisco-based Legal Community Against Violence.

Sen. Adam Kline, the Seattle Democrat who chairs the state Senate Judiciary Committee, said this case points to a lapse in state law: "We do not hold people very accountable in this state for leaving guns around the house with small children."