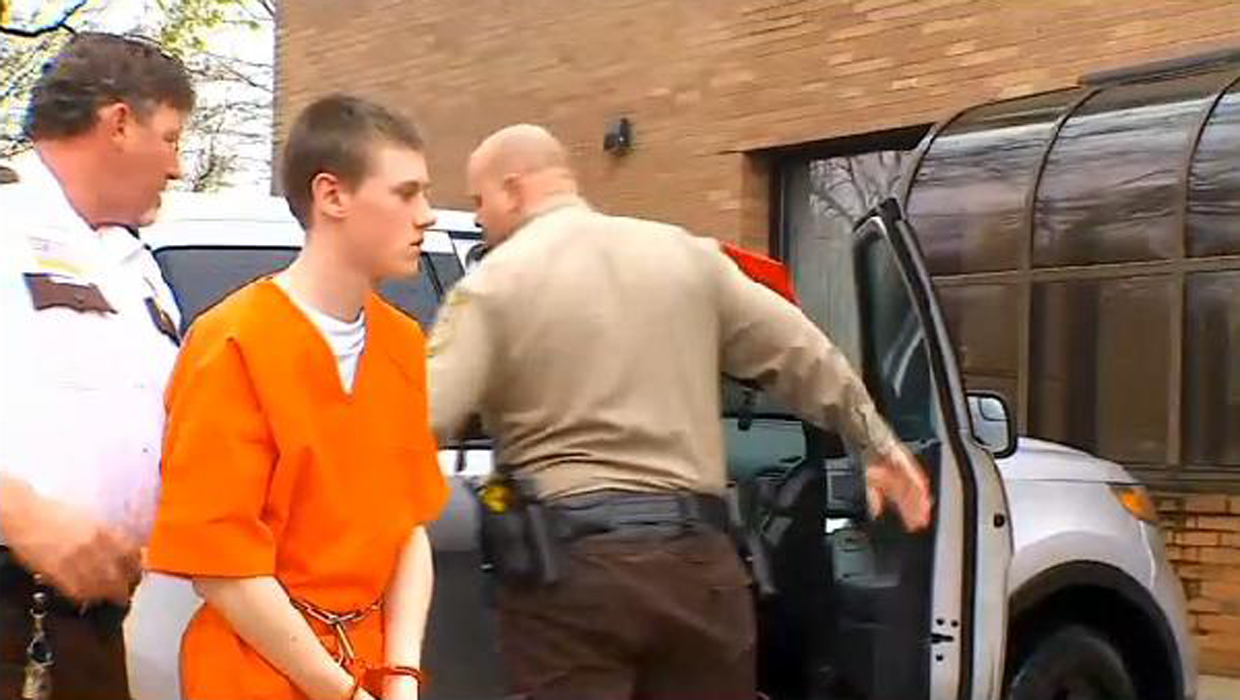 WASECA, Minn. - A 17-year-old boy accused of plotting to kill his family and attack his southern Minnesota school with bombs and guns pleaded not guilty Monday, and a judge ordered psychological exams as part of a process to determine whether he should be charged as an adult.

John LaDue wore arm and leg shackles and an orange jail jumpsuit as deputies escorted him into the courthouse for his 20-minute court appearance Monday, and answered a judge's questions in a calm, clear voice.

Authorities will also review school records and any treatment records for the teen in a process that may last into midsummer. Waseca County District Judge Gerald Wolf set his next hearing for June 18.

"The court understands there's a lot of work to be done," Wolf said. "We want to do the job and do it right."

Prosecutors have said LaDue outlined his plan for attacking Waseca Junior and Senior High School in a 180-page journal. He was arrested late last month on a citizen's tip at a storage locker that authorities said contained bomb-making materials, and police said they found numerous guns in his bedroom. He's charged with four counts of attempted first-degree murder, two felony property damage counts and six counts of possession of an explosive or incendiary device by someone under age 18.

The boy's father was his only parent to attend the hearing. He wore a long-sleeve black T-shirt with a National Rifle Association logo on the front and a coiled rattlesnake with the motto "Don't tread on me" on the back. He did not speak to reporters.

Wolf ordered that the boy remain at the state juvenile prison in Red Wing. Prosecutors had sought to move him to a juvenile facility in Lino Lakes for the convenience of the psychologist who's expected to interview him several times, but the defense argued for keeping him in Red Wing because it's closer to his parents in Waseca and because the 11th-grader is getting schooling there.

After the hearing, public defender Dawn Johnson said the defense will argue at his next hearing that the state lacks probable cause to prosecute the teen, particularly on the attempted murder charges. They will also try to keep the case out of adult court, where penalties are tougher.

Johnson said the teen was doing well under the circumstances.

"We are able to communicate with our client quite well," she said. "He's an intelligent young man."