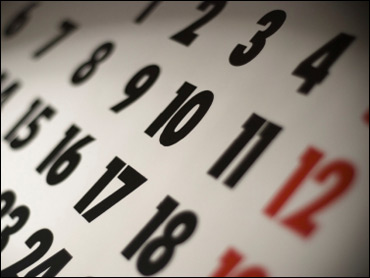 Next time you hear a friend complain that "today was the most boring day in history," you can tell them to prove it.

A Cambridge scientist has developed a computer program to calculate the most lackluster day since 1900, the Telegraph reports.

Events included a general election in Belgium and the birth of Turkish academic Abdullah Atalar. The cover of the New York Post was two cops attending a conference on juvenile delinquency.

William Tunstall-Pedoe's program, called True Knowledge, uses algorithms to sort 300 million facts about people, places and events and is designed to be a new way of surfing the Internet.

"The irony is, though, that - having done the calculation - the day is interesting for being exceptionally boring," Tunstall-Pedoe told the Telegraph. "Unless, that is, you are Abdullah Atalar."

Tunstall-Pedoe told the Toronto Star that calculating the most exciting day was more difficult.

"The most exciting day is much harder," he said. "After all, you've got two world wars, assassinations, nuclear bombs, men landing on the moon. It's far easier to calculate the least eventful day. How would you compare the moon landings with Pearl Harbor?"

Want to lose weight? These apps will keep you on track